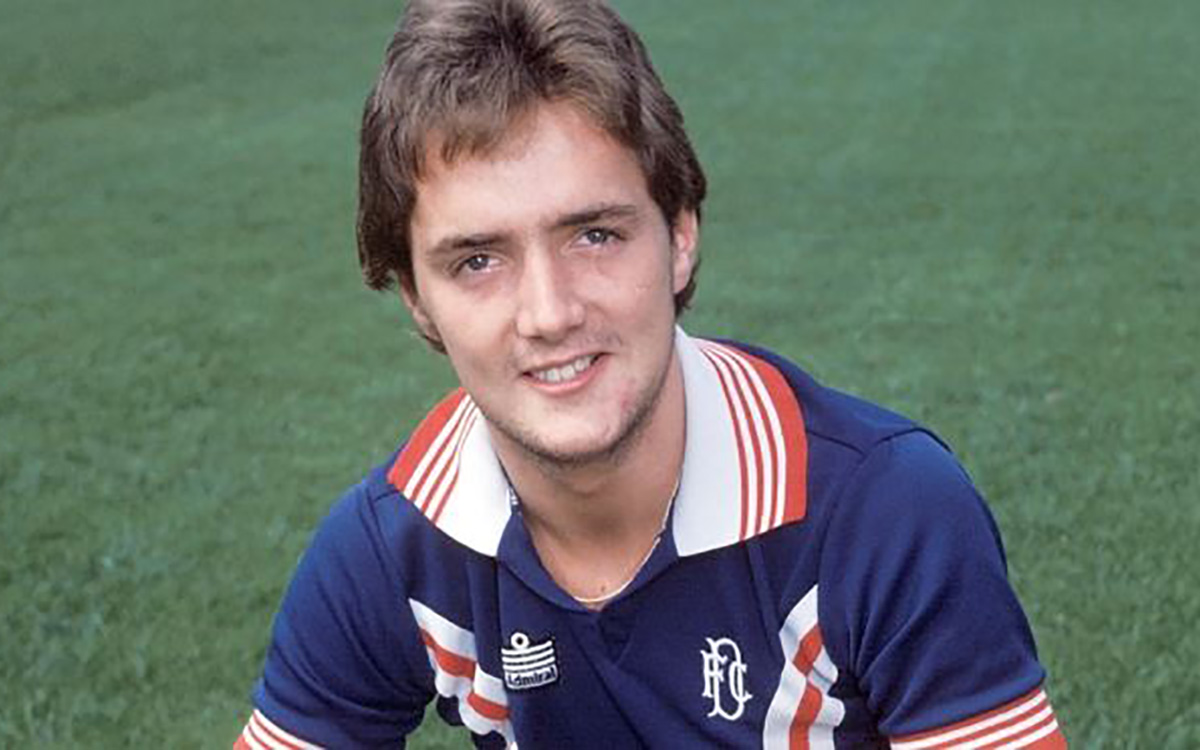 Dundee travel to Ibrox this weekend to take on Rangers in the Ladbrokes Premiership and so we take a look at a player who played for both Ian Redford, a midfielder/striker who was one of the most talented kids to come through The Dee’s youth system and who scored the goals which secured the First Division title in 1979.

Born in Perth on April 5th 1960, Ian Petrie Redford came through the ranks at Dens and made his debut as a substitute, coming on for Eric Sinclair, in a 2-2 draw with East Fife at Dens just eleven days after his seventeenth birthday with Dundee chasing promotion back to the Premier Division at the first attempt.

Dundee would miss out on promotion two weeks later by finishing third behind St Mirren and Clydebank and would finish third again twelve months later, this time just a point behind both Hearts and Morton, with Redford making 41 appearances.

Ian played mostly as a striker during his time at Dens and he scored his first goal for The Dee on September 14th 1977 in a 5-3 win away to Alloa in which strike partner Billy Pirie scored a hat-trick. He would score ten goals, all in the League Championship in his first full season in the side and in total would go on to score 39 times in 87 starts and 17 substitute appearances.

The following season, 1978/79, Dundee won the First Division title and promotion back to the top tier and Ian Redford will be mostly remembered for scoring the goals that clinched the Championship.

In the penultimate game on May 8th against Raith Rovers at Dens, Redford scored the first in a 2-0 win which meant that barring a 4-0 reverse in the final fixture, promotion had been secured.

In the final match on Thursday May 10th at Dens, the Dark Blues faced fourth placed Ayr United knowing that one point would secure the First Division title. Despite the heavy rain, the 7692 crowd were in fine voice and the Dark Blues attacked from the start. In 40 minutes Redford headed in an Eric Schaedler cross only for Brian McLaughlin and Jim Sherry to put Ayr United ahead with 22 minutes remaining.

In 77 minutes however Redford headed home the equaliser from a Jimmy Murphy free kick and the title was secured with Ian the hero. His goals had been crucial throughout the season and Redford finished as joint top league scorer alongside Billy Pirie with both scoring sixteen.

Back in the Premier Division after a three year absence, Redford hit the ground running with 10 goals in the first 11 matches including all four in a 4-1 win over St Mirren at Dens on August 18th.

In his second game back, Redford scored the winner in a 1-0 home win over Morton on January 12th and when he scored his thirteenth of the season in the next league game against Aberdeen at Dens, it would prove to his be last for The Dee as Rangers came calling and offered a Scottish record fee of £210,000 for his services.

The talented Redford had been Dundee’s top scorer and their outstanding player that season and with only eight weeks left in a delicately poised relegation battle, it was an ill-timed move from the board as Dundee ultimately went down.

“Ian Redford was a real class act”, Eric Sinclair told author Norrie Price in his book Up Wi’ The Bonnets. “He was clever in possession and a good finisher and his departure was a big loss.”

Redford would go on to spend five years at Ibrox where he would score 42 goals in 247 games, a more than respectable return, with the highlight his stunning late winner in the 1981/82 League Cup Final against Dundee United at Hampden. It was one of two League Cup winners’ medals he won as a Rangers player and he would also lift the Scottish Cup after, again defeating United in the 1981 Final before signing for The Terrors four years later.

He spent three years on the north side of Tannadice Street before joining Ipswich for £200,000 and would have spells at St Johnstone and then Brechin City as player/manager. Ian finished his playing career with Raith Rovers where he won his third League Cup winners’ medal when he came on as a substitute in their historic victory over Celtic in 1995 in which he had been due to take the next penalty in the shootout had Paul McStay not missed.

At Dens the Dundee fans nicknamed him ‘The Sundance Kid’ as he shared a surname with Robert Redford who played the character in the film Butch Cassidy and the Sundance Kid. In November 2013 Redford released an autobiography entitled Raindrops Keep Falling on My Head which is not only the title of a song from that film but also an allusion to a life with far more hardships than most assumed.

In an excellent account of his life, which Ian wrote himself (and was not ghost written like a lot of sport biographies), he candidly talks about the death of his seven year old brother from leukaemia, that he sometimes suffered from depression during his playing days and revealed that he was completely deaf in one ear which he kept a secret during his career. Sadly two months later Ian took his own life at the age of 53 and the minute silence at Dundee’s next home game against Livingston was impeccably observed in his honour.

Although he started out as a striker, and always retained an eye for goal, Redford’s talents gradually became better utilised as a forward-thinking midfield player as his career progressed and was a fine exponent of the midfield art, combining a dynamic work rate with positional awareness and passing ability.

At Dundee he is fondly remembered as a silky, attacking player who scored the goals that got Dundee back up to the top tier and scoring a cup winning goal against United when he moved to Rangers was just a bonus. 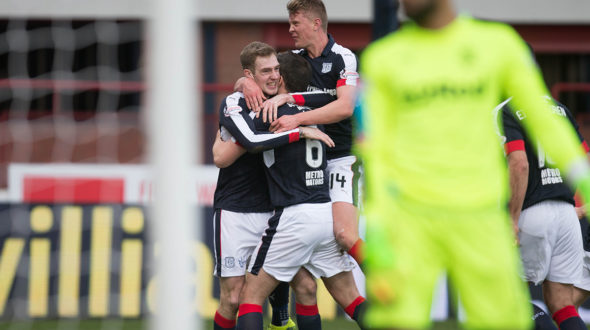 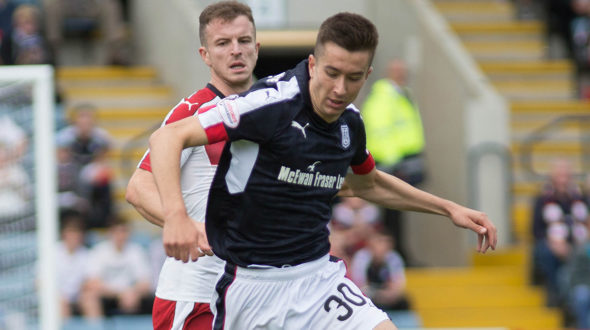 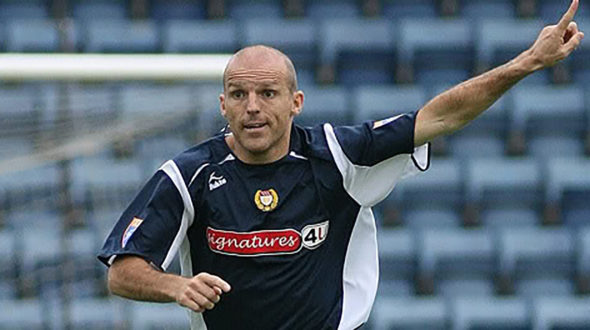