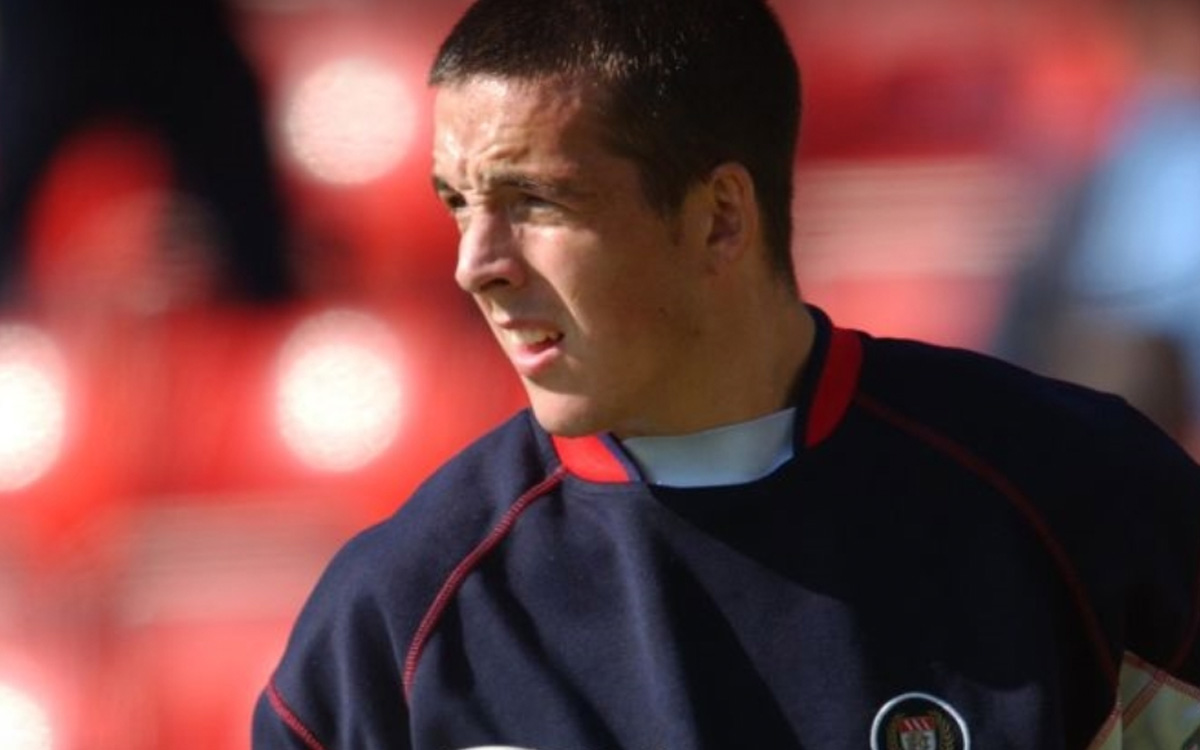 Dundee face Partick Thistle on Saturday in the final Ladbrokes Premiership game of the season and so we take a look at a player who has played for both clubs, Jamie Langfield.

Born in Paisley in 1979, Langfield came through the youth ranks at Dens and made him first team debut as a 16 year old in a League Cup second round tie with Dumbarton at Dens in August 1996 in the absence of regular goalkeeper Billy Thomson and back up Gary McGlynn through injury.

Despite performing well in the 2-1 win, Langfield had to wait a couple of years for his next appearance when came off the bench to replace the injured Robert Douglas in the 59th minute against Aberdeen at Pittodrie in October 1998. Within a minute of him coming on Eddie Annand equalised to make it 1-1 but wearing number 40 his first job was to pick the ball out the net three minutes later when Eoin Jess scored his second. Annand however completed his double with 20 minutes left to secure an excellent 2-2 draw for the newly promoted side.

Douglas recovered to play in the next three games against Dunfermline, Hearts and Celtic but was unfit to face Kilmarnock at Dens on November 14th and so Langfield came in for his first league start in the 1-1 draw.

Langfield continued to be Douglas’ number 2 as Dundee secured fifth place in their first season back in the top flight and the following season made just two appearances against Ayr United in Scottish Cup in February in which The Dee crashed out on penalties in the replay at Somerset Park.

In October 2000 it was no surprise to see the popular Douglas leave Dens Park for Celtic for a club record £1.2 million fee which meant that Langfield came into the side for Claudio Caniggia’s home debut against Motherwell.

New manager Ivano Bonetti decided however to bring in Italian goalkeeper Marco Rocatti on loan from Bologna to replace ‘Big Rab’ and Jamie returned to the bench in the next match away at Dunfermline.

In the penultimate game before the first ever split against Celtic in Glasgow, Langfield, who had been the subject of an abortive bid by Cardiff City, replaced Roccati in the starting XI after the Italian had injured his back in the pre match warm up. The youngster went on to make several superb saves but although Dundee looked to hold out for a well merited 1-1 draw, Johan Mjalby bundled home a last gasp winner.

Three days later Jamie started the match away at Pittodrie and kept his first Dark Blue clean sheet as The Dee won 2-0 and sneak into the top six after Dunfermline lost at Kilmarnock.

Langfield played in the remaining five games of the season which included a 2-0 win over champions at Celtic Park but in the summer Bonetti brought in Argentinean goalkeeper Julian Speroni.

Langfield however moved to squad number one and started the season as first choice against Sartid in the Intertoto Cup when Speroni was unable to play after he had problems obtaining an Italian passport that he qualified for through his grandfather.

It wasn’t until October that Speroni got his clearance through and Langfield would play in every game up until Christmas. Speroni sat on the bench until was given his chance against Falkirk in the Scottish Cup at Dens in January but Jamie returned to the side in the next league match against Motherwell but after a poor showing in the 4-2 defeat, Speroni became the first choice keeper for the rest of the season.

When Jim Duffy replaced Bonetti in the summer he gave both keepers their chance in pre season but when the competitive stuff kicked off against Hearts in August, it was Speroni who was handed the starting berth. Speroni was an ever present for the 2002/03 season with Langfield on the bench including in the 2003 Scottish Cup Final against Rangers at Hampden.

Langfield was also on the bench for the four UEFA Cup matches against Vllaznia and Perugia but in November he was one of the 25 employees released when Dundee went into Administration.

Thankfully Jamie wasn’t without a club for long as he was immediately picked up by Raith Rovers on a short term deal and in January joined Partick Thistle until the end of the season.

He made 10 appearances for Thistle, including facing his old side Dundee three times but when The Jags were relegated in the summer, Langfield was freed.

After a year at Dunfermline where he failed to make a first team appearance, Langfield joined Aberdeen and would stay at Pittodrie for the next ten years, making 335 appearances and win a cap for the Scotland B team. In June 2011 Jamie suffered a brain seizure but thankfully recovered to resume his career and was part of the Aberdeen which won the League Cup in 2014 .

He was granted a testimonial against Brighton & Hove Albion in July 2015 and in August left The Dons to sign for his home town team St Mirren as a player coach. After a successful first season with Saints, Langfield dropped to the bench for most of  2016/17 and concentrated on a coaching role. He signed a new one-year contract in May 2017 and was part of Jack Ross’ back room staff that won this season SPFL Championship and promotion back to the top flight.