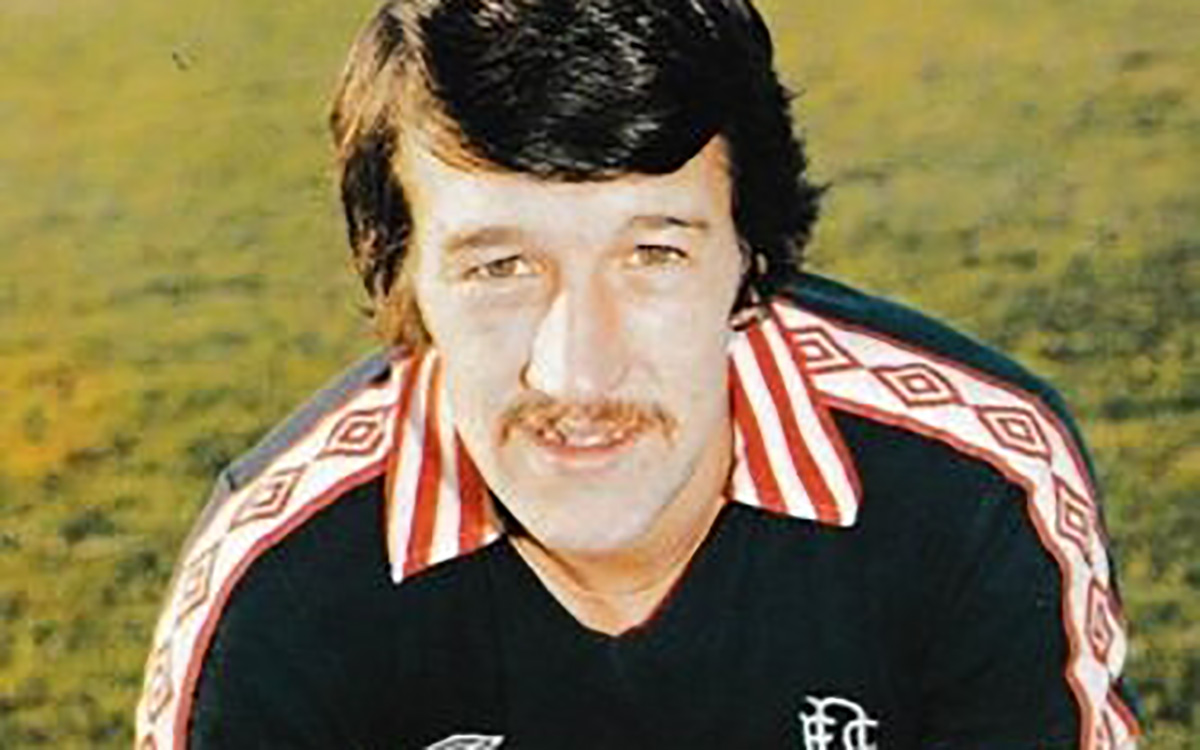 Dundee travel to Tynecastle this weekend to take on Heart of Midlothian in the Ladbrokes Premiership and so we take a look at a player who played for both clubs, Cammy Fraser.

When Dundee supporters went to watch The Dark Blues play Clydebank on December 7th 1991 they could hardly believe their eyes when they watched their side warm up on the Kilbowie pitch. There had been no news in the press about Dundee signing any players pre-match but there on the park was a new face who looked familiar to those who remembered the inspiration behind The Dee’s last successful promotion campaign over ten years before.

No one was quite sure if it was really him but when the teams were announced over the tannoy around 2.30pm, it was confirmed that it was indeed Cammy Fraser, Dundee’s midfield captain fantastic from the early eighties who had returned to try and use his experience to once again help Dundee back to the top flight.

Cammy was ‘one of our own’, born in the home of ‘Jute, Jam and Journalism’ on July 22nd 1957 but started his career with Heart of Midlothian in 1974 and won the Scottish League First Division title with the Tynecastle side in 1979/80. One of the clubs that Hearts replaced in the Premier Division was Dundee and when the Dark Blues had a dreadful start on their return to the second tier, new manager Donald McKay splashed out a club record fee of £61,000 to bring Fraser to Dens Park in an attempt to kick start Dundee’s promotion campaign.

After failing to win any of their first eight league games, promotion favourites Dundee lay bottom of the First Division but soon the hard tackling midfielder became a key figure in the Dens Park revival.

Despite the poor league results Dundee had been going well in the League Cup having defeated Arbroath 5-0 on aggregate in the first round and Premier Division Kilmarnock on penalties after two stalemates in the second and now in the quarter-final they met Alex Ferguson’s Aberdeen who had been crowned Scottish League champions five months earlier.

The Dons were overwhelming favourites to win but in the first leg it was Dundee who were unlucky not to take a lead up north after a scoreless draw. In the second leg Jimmy Murphy was at his trickiest on the Dundee wing but in the second half The Dee had to rely on the heroics of Bobby Geddes in goal to keep the tie level. However with just 5 minutes left, Cammy Fraser beat Jim Leighton with a fifteen yard drive and Dundee held on for a famous 1-0 win to book a place in the last four.

The mustached Fraser was the hero of the hour and in the semi-final against fellow First Division side Ayr United he was again on the scoresheet with a vital equaliser to make it 2-2 in the 3-2 second leg win at Dens which sent Dundee through to the Final 4-3 on aggregate.

In the Bell’s League Cup Final Dundee met neighbours Dundee United in an historic match at Dens but the disappointment of the 3-0 defeat didn’t derail the Dark Blues promotion push that was now picking up momentum since Cammy’s arrival.

Dundonian Fraser had brought drive and attacking flair to the midfield and having been bottom of the league just after he signed, Fraser now helped Dundee to secure a return to the top flight with a second placed finish as The Dark Blues went on a twelve match unbeaten run at the end of the season.

Back in the Premier Division, the swashbuckling Fraser continued to be an inspirational figure as Dundee retained their top flight status by four points and the following season was appointed captain as The Dee now pushed on for a European spot.

Fraser was only on the winning side in a derby on one occasion in a 1-0 win at Tannadice in November 1983 and it was something that rankled with him but at a Dee4Life fundraising event in 2004, he recalled the pleasure he got when Dundee defeated The Terrors in the 1984 Tennents’ Sixes semi-final.

Dundee and Dundee United had decided to share a bus to the six-a-side indoor tournament at the Coasters Arena in Falkirk and on the way there the United players were trying to wind up the Dundee players that they were a ‘pub team.’ When the sides met in the last four, the Dark Blues therefore took great pleasure in beating The Arabs 4-2 and for the coach home both sides were given a crate of the sponsor’s product.

United manager Jim McLean however told his squad that they weren’t allowed to drink it and so the Dundee players took great delight in taking their case after being told on the journey west that they were ‘only a pub team’. Needless to say Dundee lost the final 24 hours later to Rangers but had reveled in their Sixes derby win.

However it was Fraser’s performances in the eleven-a-side version of the game which caught the Ibrox men’s eye and six months later, in the summer of 1984, they offered £200,000 for the skipper to change his shade of blue.

New manager Archie Knox had wanted to keep Fraser and build his midfield around him and despite being offered Dundee’s best ever terms, Cammy joined the Light Blues for only £150,000. The fee was set by a tribunal and it was a huge disappointment for Dundee to not only lose their captain but also receive £50,000 less than had been originally offered.

Cammy won two League Cups and the Premier Division title while in Glasgow before joining Raith Rovers in the 1987 closed season when he became surplus to requirements in the cheque book waving Souness revolution at Ibrox.

Four years later he returned to Dundee to add some experience to another faltering promotion campaign and help cover for a spate of defensive injuries. It was something of a surprise that manager Iain Munro had brought back the fans favourite but those fans at Kilbowie saw the first of fifteen appearances which helped Dundee win the First Division title – his third league medal with three different clubs – and promotion back to the Premier League.

At that Dee4Life fundraiser in the wake of the first administration, Fraser donated his 1980 League Cup Final shirt for auction and was asked by Radio Scotland’s Off the Ball presenter Tam Cowan what he thought made him a legend. He replied tongue in cheek that it was because he was from Fintry but Cammy couldn’t be further from the truth. It was not coming from one of Dundee’s northern housing schemes that made him a Dark Blue legend but rather the fact he was a terrific player, an inspirational captain who played in a national cup final and two promotion campaigns and who gave his all every time he pulled on a Dundee shirt. 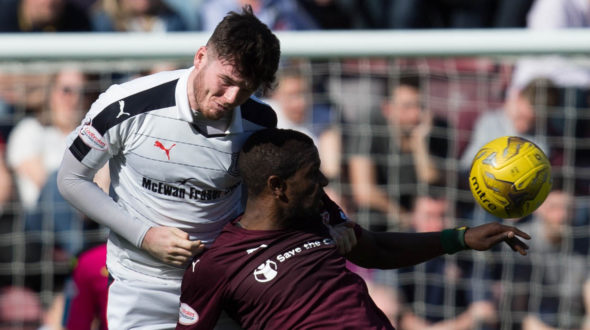 Dee edged out by Hearts 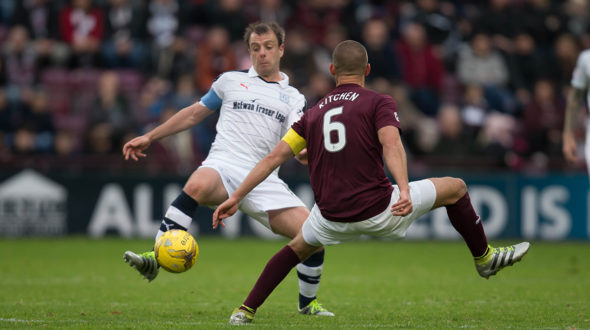 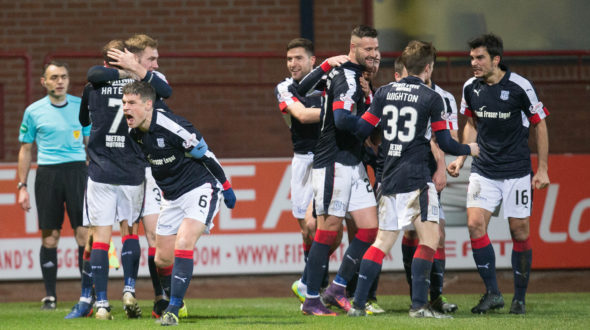