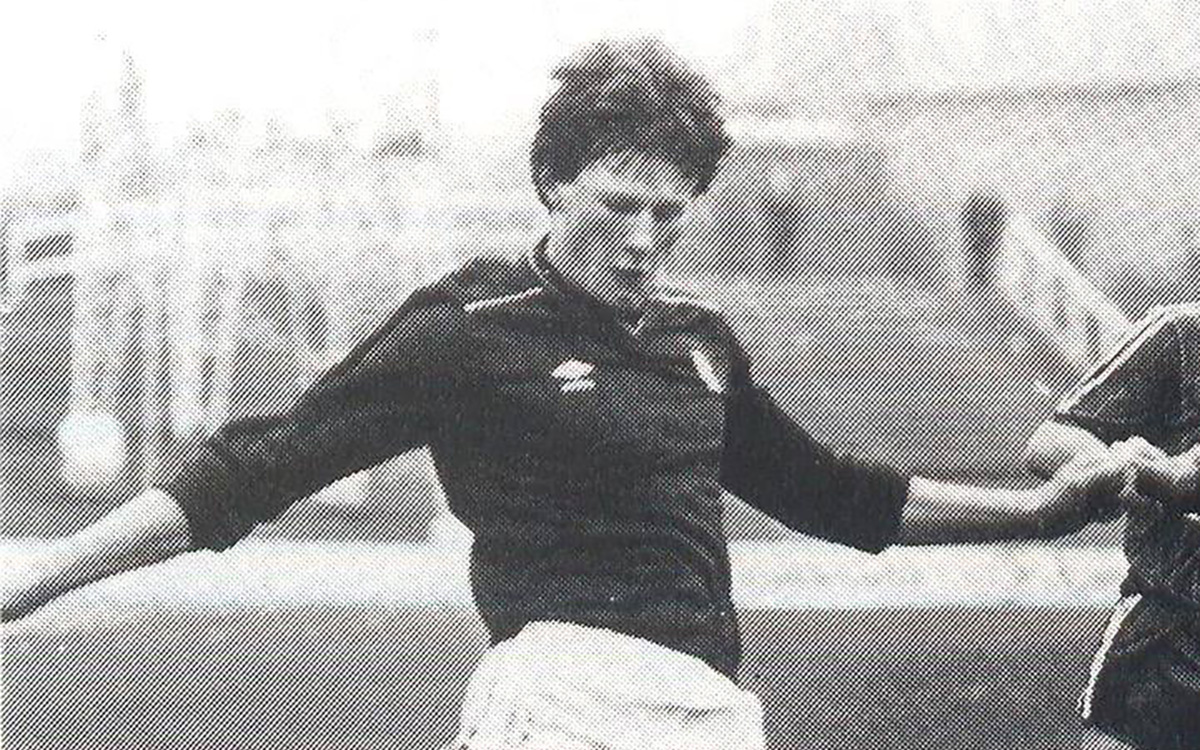 Dundee welcome Bolton Wanderers on Friday for our final pre-season friendly and so we take a look at a player who played for both clubs, ‘Braveheart’ Colin Hendry.

Edward Colin James Hendry was born in Keith on December 7th 1965 and he started his football career with his local Highland League club Keith in 1981. After a season at Kynoch Park, Hendry moved to Keith’s Junior club Islavale FC and it was from there that he was brought to Dens in 1983 by Dundee manager Donald McKay.

Despite making his name as a central defender for Scotland later in his career, Hendry came to Dens as a striker and made his debut as a substitute, coming on as a substitute for Walker McCall in a 4-1 win over Hearts at Dens on January 7th 1984.

Hendry would make a further two substitute appearances that season at Celtic Park and at Ibrox in a famous 3-2 Scottish Cup replay win over Rangers and he would make his first start against champions elect Aberdeen on April 28th.

Hendry would be restricted to a bit part player for the 1984/85 season, making just three starts and one appearance from the bench but one of that starts would be another win at Ibrox, this time 3-1 in the Premier Division.

The following year would see Colin Hendry score his first goal for the club in a 7-0 Scottish Cup win away at Nairn County and he would make 12 starts and come off the bench 10 times. One of those starts was in the final game of the season against Hearts when Albert Kidd’s late cameo cost the Jam Tarts the league championship and Hendry player the full 90 minutes on that infamous day.

Hendry would score his first league goals in consecutive weeks against St Mirren and Falkirk in October but he struggled to get into the side ahead of the like of Graham Harvey, Tommy Coyne and Keith Wright and after just three starts and ten substitute appearances, Hendry was sold to former boss Donald McKay at Blackburn Rovers in March 1987 for a fee of £38,000.

At Ewood Park, McKay converted Hendry into a defender and one of his first appearances came in the Full Members Cup Final, where he scored the only goal in the Wembley win over Charlton Athletic.

Hendry was popular with the City fans but his days at Maine Road were numbered after he fell out of manager Peter Reid‘s plans when the ex-England international took over in November 1990 and he was re-signed for Blackburn by Kenny Dalglish in November 1991 for a fee of £700,000.

There was some talk in the press that Dundee again might receive some more cash but it was wishful thinking and for Hendry it turned out to be a superb move as he helped them win the Premier League in 1993.

After over 250 appearances for Rovers, Colin got a move back to Scotland in 1998 when he signed for Rangers by manager Dick Advocaat for £4 million. However, despite winning the domestic treble with Rangers in his first season, his time there was relatively unhappy with Advocaat claiming that Hendry was “not his type of player” and he was literally sent to Coventry in February 2000 for a fee of £978,000.

After failing to settle in Coventry, Hendry was loaned out to Bolton Wanderers in December and three months later that move became permanent for a fee of £319,000.

After moving to Burnden Park, Hendry became a key figure in Bolton’s promotion push and after finishing third, Hendry played in the play-off final at Wembley where The Trotters were promoted to the Premier League after a 3-0 win over David  Moyes’ Preston North End.

After failing to establish himself in Bolton’s top flight side, Hendry moved to Preston in February 2002 to help with their promotion push but returned to Bolton in the summer when Preston failed to reach the play offs after Moyes left for Everton.

Hendry had one final season with Blackpool before he hung up his boots and it is international career with Scotland that he will likely be best remembered, earning the nickname ‘Braveheart’ after wearing his heart on his sleeve on many occasions for the national side.

Hendry was a latecomer to the international scene, not making his debut for Scotland until he was 27 but he would go onto win 51 caps, scoring twice in his last appearance against San Marino at Hampden in 2001. He would play at Euro 96, captain Scotland at France 98 and is the last Scotland captain to lead Scotland to victory over England at Wembley in 1999, giving him a personal hat-trick of wins at the old Twin Towers.

Colin Hendry became a highly respected and feared central defender and who would have thought that watching that gangly, young striker from Keith, trying to make his way in the game at Dens in the mid-Eighties.