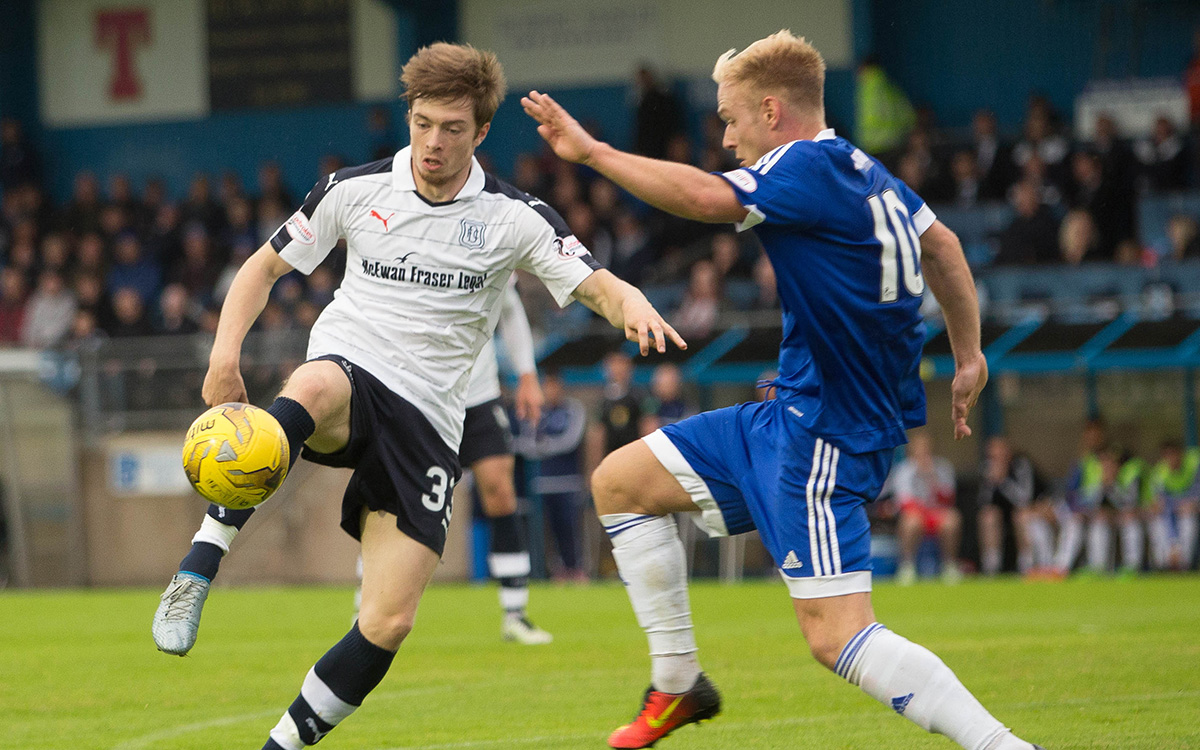 Dundee travel to Aberdeenshire on Wednesday to take on Peterhead in the Betfred Cup and here we round up everything you need to know ahead of the match.

The full address of Peterhead for the Sat-Nav is Balmoor Stadium, Balmoor Terrace, Peterhead, AB42 1EQ

The ground is located just out of town on the A982 Peterhead to Fraserburgh Road.

From The South From the A90 you can take the first exit for Peterhead (the A982). This will take you to the town centre where you continue following the A982 towards Fraserburgh. You will go past a swimming pool and will reach the ground on your left. There are around 200 car parking spaces at the ground which are free.

The nearest railway station is in Aberdeen, which is some 32 miles away! Therefore this ground has the record of being furthest from a station than any other Professional League team in Britain.

Bus services 260/261/263 and the X60 all run to Peterhead Interchange from Aberdeen Union Square around every 30 minutes. Journey times vary from around 1 hour 5 minutes to 1 hour 26 minutes depending on time of day and which number bus you catch as some stop more frequently than others along the route.

It is then a walk of just under a mile from Peterhead bus station to the ground and is fairly straight forward:   On leaving the Bus station head along Windmill Street, in the direction going away from the Harbour. Turn left onto King Street and then right onto the A982 (Queen Street). Continue along this road which becomes Balmoor Terrace and you will reach the stadium on the left hand side.’

Balmoor Stadium has two virtually identical stands that run down each side of the ground. Both these all seated stands are roughly of the same height and are covered. The seating areas are raised above pitch level, which means that supporters need to climb a small set of stairs at the front of the stand to access them. The West Stand has windshields at either side of it. Both ends of the ground are open and don’t have any formal terracing.

Peterhead, joined the Scottish Football League at the beginning of the 2000/2001 season. One of the reasons why they were invited to join the league, was certainly their move to the Balmoor Stadium, which was opened in 1997. Previously the Club played at Recreation Park, which was sold for re-development to a supermarket chain.

Dundee went down to a 2-1 defeat in the Betfred Cup at Peterhead two years ago. A second half brace by Rory McAllister gave the Blue Toon victory. Greg Stewart pulled a late goal back but The Dee couldn’t force an equaliser.

Peterhead took the lead in 62 minutes, rather against the run of play. Rory McAllister’s 20 yard free kick caught out Bain after zipping along the grass under an ineffective Dundee defensive wall that jumped over the ball.

After 88 minutes Peterhead broke away to clinch the points. McAllister beat Cammy Kerr to a long, high ball, then ran on and stumbled under Bain’s challenge. The referee awarded a penalty and McAllister took the spot kick himself, scoring comfortably.

Dundee immediately pulled a goal back, a superb effort by Greg Stewart He ran diagonally towards the right of the penalty area before suddenly turning and whipping a marvellous left foot shot back across Smith and into the net. This was a goal that belonged in a much better match.

Peterhead pulled everyone back in the three minutes of injury time and the Dark Blues couldn’t come close again despite some frantic pressure.

Peterhead’s season started away at Brechin Cit in the Betfred Cup and couldn’t find a break through in the 0-0 draw. However the Blue Toon players kept their cool and managed to win the penalty shoot out at Glebe Park to pick up the bonus point.

The Blue Toon’s second match in Group D was also away from home when they travelled to Dunfermline and despite a brave performance went down 3-0 to the Championship side with the last two goals coming after 88 minutes.

Peterhead’s first home game on the season was against Stirling Albion last Saturday but their chances of qualification were ended when they again drew a blank and lost 2-0.

Peterhead’s match programme Blue Toon Talk costs £2.50 and will be available inside the ground from 7pm

The full ninety minutes of the match will be available to subscribers of DEETV on Thursday while a shorter highlights package will also be available to view alongside exclusive post match interviews with the manager and players.

You can sign up for DEETV for just £5.99 a month on the official website where you will have access to Highlights, Interviews and all the Dundee FC goals at the click of the button.

If you are out with the UK you will also be able to take advantage of our Live Streaming package for every home game and a selection of away games. We will NOT be showing this match live on DeeTV.