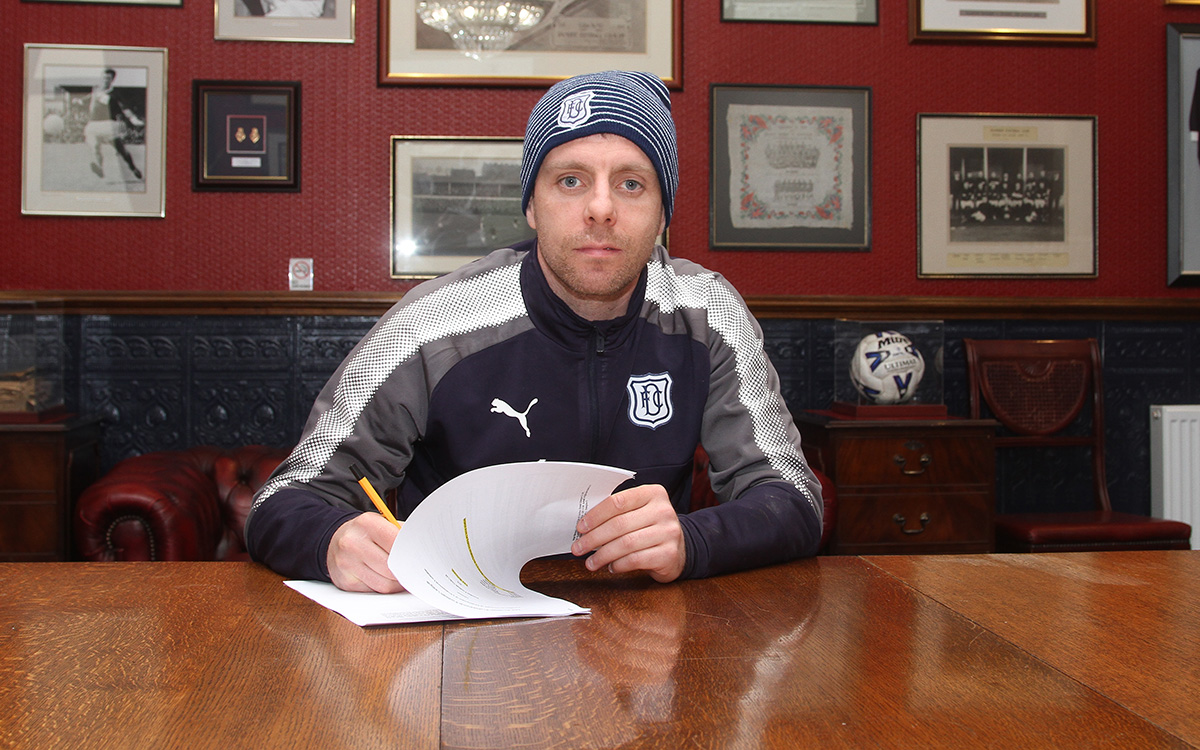 Dundee Football Club is delighted to announce that Paul McGowan has today signed a contract extension.

‘Gowser’ moved to Dens in the summer of 2014 where he has become a cult hero with the support and he scored his first goal for the club with an injury time winner against Partick in February.

Paul captained the club on a number of occasions in a second Dundee season in which he made 35 appearances.

In his third season Paul scored four times in his 39 appearances including in the opening day win up at Ross County and the winner in a crucial victory at Hamilton in October.

He has again been an influential member of the team this season, playing 35 times so far. During the Betfred Cup campaign he scored the winner against Dundee United at Dens which further endeared him to the Dark Blue faithful.

Paul has today signed a one year contract extension with an option of a further year.