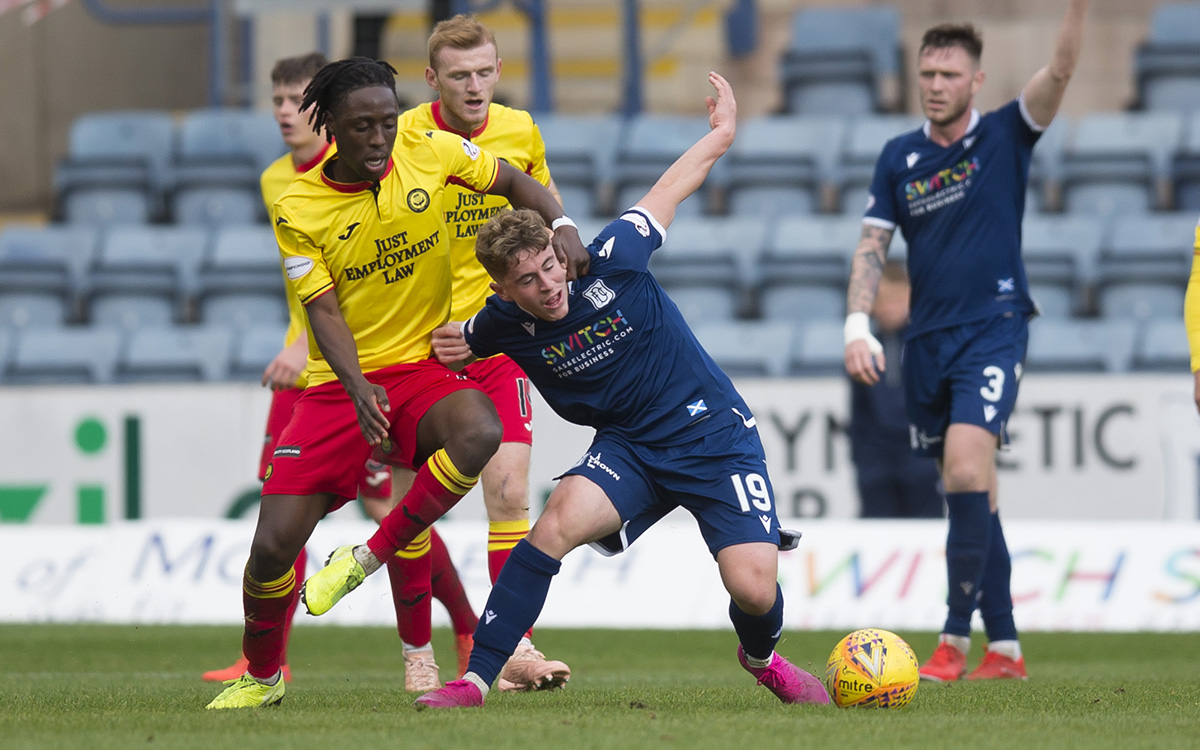 Dundee face Partick Thistle at the Kilmac Stadium at Dens Park their next Ladbrokes Championship game and here we round up everything you need to know ahead of the match.

The Dark Blues returned from their pre-Christmas trip to Glasgow with three points earned in a 1-0 win over Partick Thistle at the Energy Check Stadium at Firhill. Paul McGowan’s first half goal was enough to send the travelling fans home in cheerful mood. The Dee had the better chances and might have finished with a more comfortable win after a composed display.

Partick’s season started with a 1-0 Betfred Cup win over Airdrieonians before travelling to Airdrie’s Excelsior for the next match where they beat Queens Park 2-1, whose Hampden Stadium was undergoing work on its pitch.

A visit to Premiership Hamilton ended 2-2, with Accies taking the bonus point in the shoot out but a 3-2 win over former tenants Clyde was enough to win the group after Hamilton had lost on penalties to Queens Park.

Thistle would go on to reach the Betfred Cup quarters after an impressive 3-2 win over Premiership Ross County but they would exit the competition after a 5-0 defeat at Celtic Park.

However Partick Championship season would start poorly with back to back 3-2 defeats to Ayr and Morton and then a 2-1 loss at home to United and picked up their first point away at Alloa at the end of August.

September started with a 2-0 Challenge Cup win at Montrose but in the league a draw at Arbroath and a 3-0 defeat to Dunfermline at Firhill would cost manager Gary Caldwell his job.

Partick turned to former Jag Ian McCall to take charge and his first match after leaving Ayr was a decent 3-1 win up at Inverness.

McCall’s first game back in Maryhill however was a 1-0 home loss to Queen of the South but the followed that up with a 2-0 win over Connah’s Quay in the Challenge Cup and then a 3-1 winat Dens.

Partick them lost three in a row to Arbroath, United and Ayr before wins over Morton in the league, Stenhousemuir in the Challenge Cup quarters and Penicuik Thistle in the Scottish Cup.

Partick’s league form continues to be erratic as a draw with Alloa and a 5-1 defeat to Dunfermline sent them bottom but subsequent wins over Queen of the South and Inverness moved them up to eighth.

Partick showed up well against Celtic in the Scottish Cup but went out after losing 2-1 at home and despite a win against Morton and draws with Alloa and Ayr, returned to the bottom of the Championship with a hat-trick of defeats to Taysiders Dundee, Dundee United and Arbroath.