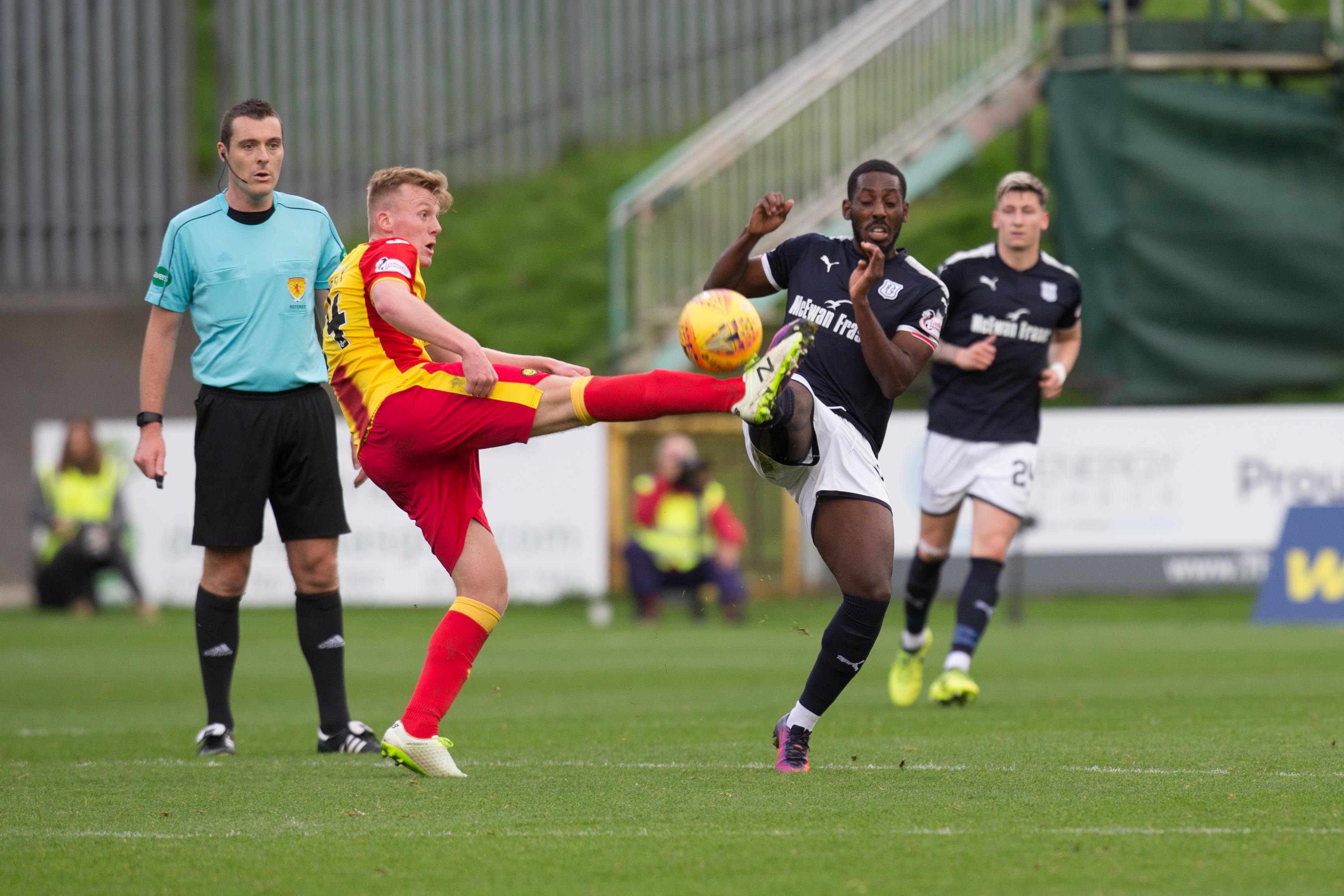 Dundee travel to Maryhill on Saturday to take on Partick Thistle in the Ladbrokes Premiership and here we round up everything you need to know ahead of the match.

For travel by car, go to AA Route Planner Great Britain. Enter your postcode and then that of Firhill Stadium (G20 7AL). A map detailing the location of the ground is also below.There is free on-street parking on Garscube Road and adjacent streets on route to the stadium

Buchanan Street Underground station is next to Glasgow Queen Street and both Kelvinbridge and St George’s Cross stations are within 15 minutes’ walk of Firhill.

From Glasgow City Centre bus nos. 60, 60A and 61 will take you to Garscube Road, adjacent to Firhill Road.

For further details go to www.firstgroup.com/greaterglasgow

The festive Dark Blues served up some welcome Christmas cheer for the fans with a convincing and impressive 3-0 win over Partick Thistle at Dens Park in December. A successful Sofien Moussa penalty sent the Dee on their way and Mark O’Hara added a second goal before half time. Moussa scored again from the penalty spot midway through the second half, allowing the commanding Dark Blues to cruise to the final whistle.

Partick’s opened their season with a 1-1 draw in the Betfred Cup and despite losing the bonus point, recovered to qualify from their section with wins against St Mirren, Airdrie and Stranraer, with the 5-0 home with over The Buddies looking particularly impressive.

An excellent 3-0 win in Perth in the second round set up a quarter-final tie with Rangers and after the match to extra time with an injury time equaliser, their Glasgow neighbours finally progressed with a 3-1 win.

Partick couldn’t replicate their League Cup form in the Premiership and sit bottom with just three points from three draws with Ross County, Rangers and Hearts. The Jags’ league campaign started with a 3-1 defeat to newly promoted Hibernian at Easter Road and it took them until September to pick up their first points.

Draws at Firhill against Hearts and Rangers were followed up with defeats to Motherwell and Kilmarnock but took seven points from nine at the end of October with wins over Dundee and St Johnstone and a draw with Hamilton.

However the next four games saw just a point picked up in a draw with Hearts at Murrayfield before managing to pick up all three points with a 3-2 win over Motherwell despite a late comeback from The Steelmen at 3-0 down.

Before the winter break Partick went on a consecutive win/lose run with defeats to Dundee, Celtic and Aberdeen but crucially wins over Hamilton and Ross County kept them off the basement.

In the Scottish Cup Thistle defeated Queen of the South 2-1 in Dumfries before bowing out 3-2 in the next round at Celtic Park.

When the Premiership returned defeats to the Old Firm were countered with a win in Perth and a draw with Motherwell to keep in touch with the sides just above them in the table.

Dundee fans will seated in the Colin Weir Stand and the match is pay at the gate with cash only facilities.

The prices for the match are as follows:

Disabled supporters qualify for a concession rate and you receive a free ticket for your nominated carer. The ticket price is £15. Tickets for the wheelchair section, situated in the Colin Weir Stand, will be available to purchase (cash only) on the day from the red disabled access gate.

Eating and Drinking at Firhill

The licensed Aitken Suite, at the north end of the Colin Weir Stand is open for hot bar food and refreshments pre-match and away fans and children are both welcome.

Inside the ground there are food kiosks situated around the ground serving a selection of pies, sausage rolls, snacks and hot and cold drinks from McGhees Family Bakers.

The Partick Thistle official match programme ‘Matchday’ is a 48 page full colour edition which features two pages on the visitors.

It will be available in and around the ground priced £3 but if you can’t make the game but want a programme, it can be purchased from the Partick Thistle website.