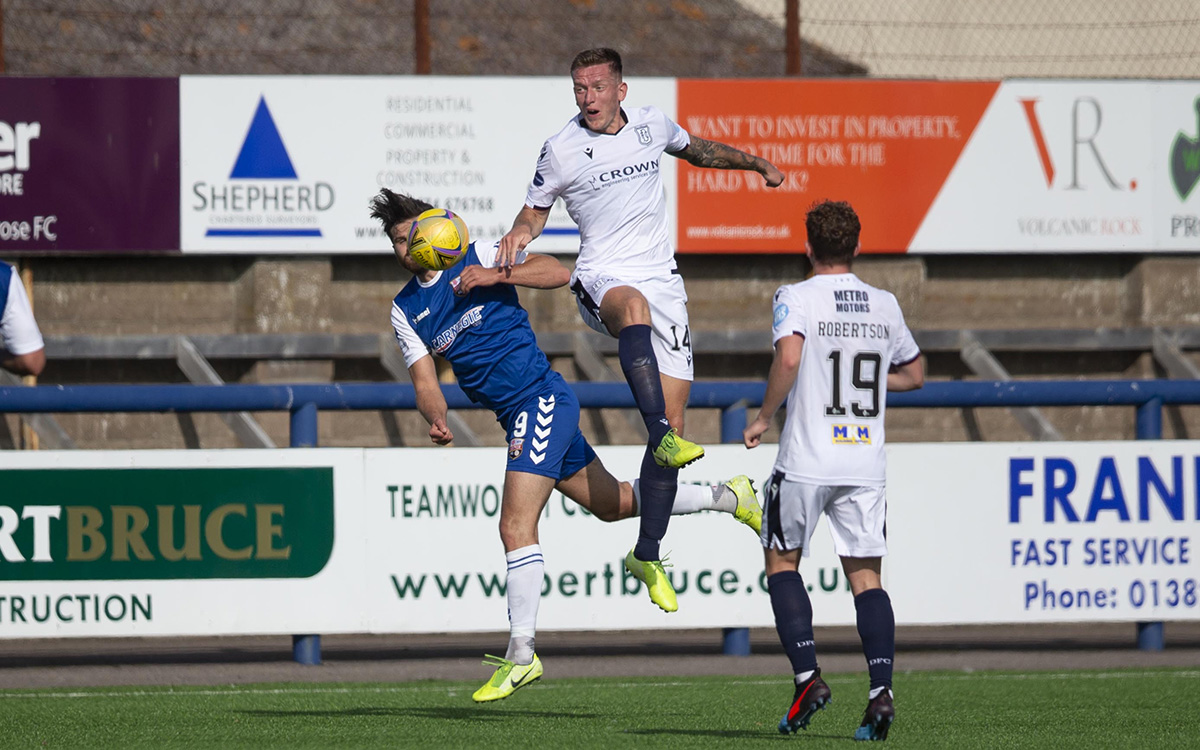 “Overall a good work out”

Lee Ashcroft came through his second 90 minutes of pre-season at Links Park on Saturday afternoon and also found the net for the first time in a Dundee shirt.

The central defender spoke to DeeTV after the match and said, “We knew Montrose would be a good side. They have been at it for a few years so we knew it was a hard place to come and play. A nice day, nice weather and a hard pitch to play on, the boys did well. A bit disappointed to lose the goal at the end but overall a good work out and a lot of positives to take.”

Lee headed home from a Charlie Adam free kick delivery and said it is something which manager James McPake spoke to him about when he joined, he continued “The gaffer, when I signed, demanded that of me. He knows I can be a threat and Charlie put it on a plate for me. When we’ve got delivery like that it’s only me to blame if i don’t get on the end of it. It’s a good start and we’ve got the confidence to go get more.”

The match at Links Park was the first away match of pre-season with restrictions in place. Lee and his team mates changed in a hospitality lounge at Montrose with social distancing in place., Asked how he feels the players are coping with the new measures, he said, “We are kind of used to it with training now it’s been three weeks, we are getting to grips with it. It’s something every team are having to experience, it’s something we’ll probably never forget, it’s part of it. It’s the rules now, obviously not being in the changing room is a bit different and things like that but we’ve adapted well and the boys have got used to it pretty sharp. We know it’s going to be like that for a while so we just have to get used to it.”