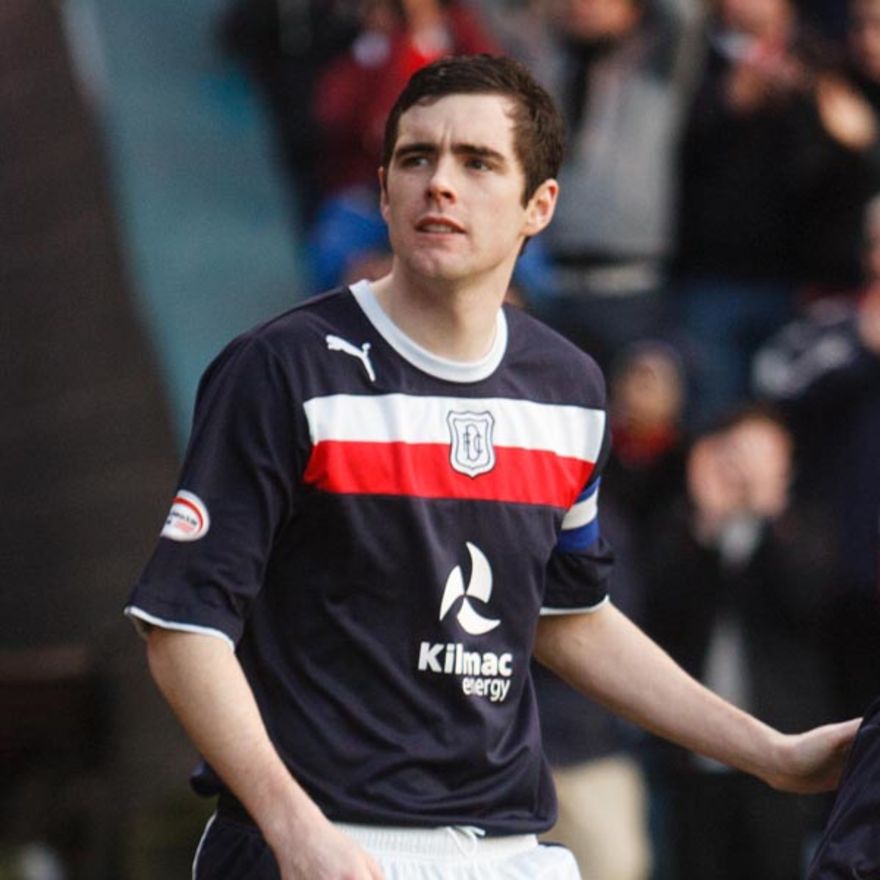 The club can this evening announce that midfielder Stephen O’Donnell has left the club.

Stephen was with the club for four years and in that period became a fans favourite and club captain in season 2012/13.

He joined Dundee for pre season training under Gordon Chisholm in 2010 and two weeks later was offered a contract. He signed on for a year and made his debut the day after in a friendly with Arbroath.

During the 2010/11 season, Dundee went into administration and after being handed a 25 point deduction. Stephen played a huge role as the team put together a 23 match unbeaten run which helped the club overcome the points penalty and stay in the 1st division.

He was a regular again in his second season with the club as a 2nd place finish meant Dundee were promoted due to Rangers dropping out of the top division.

In the summer, Stephen was made captain by manager Barry Smith ahead of the SPL season. Stephen had performed the role a number of times in the previous season and described being made skipper as “an honour”.

During the time in the SPL, Stephen featured seven times, including leading the side out for the first competitive Dundee derby for seven years. An injury set back meant ‘Odd’ didn’t feature after the New Year fixture at St. Johnstone and last season was limited to only one appearance.

With only a minute remaining and Dundee 2-0 up against Dumbarton at Dens, then boss John Brown sent Stephen on for a standing ovation. It was to be his last appearance for the club.

Everyone at Dundee would like to thank him for his efforts over the years and wish Stephen all the best for the future. As one of the Dee-Fiant players of the 2010/11 he’ll always have a place in the hearts of the Dundee fans and will always be welcome back at Dens.