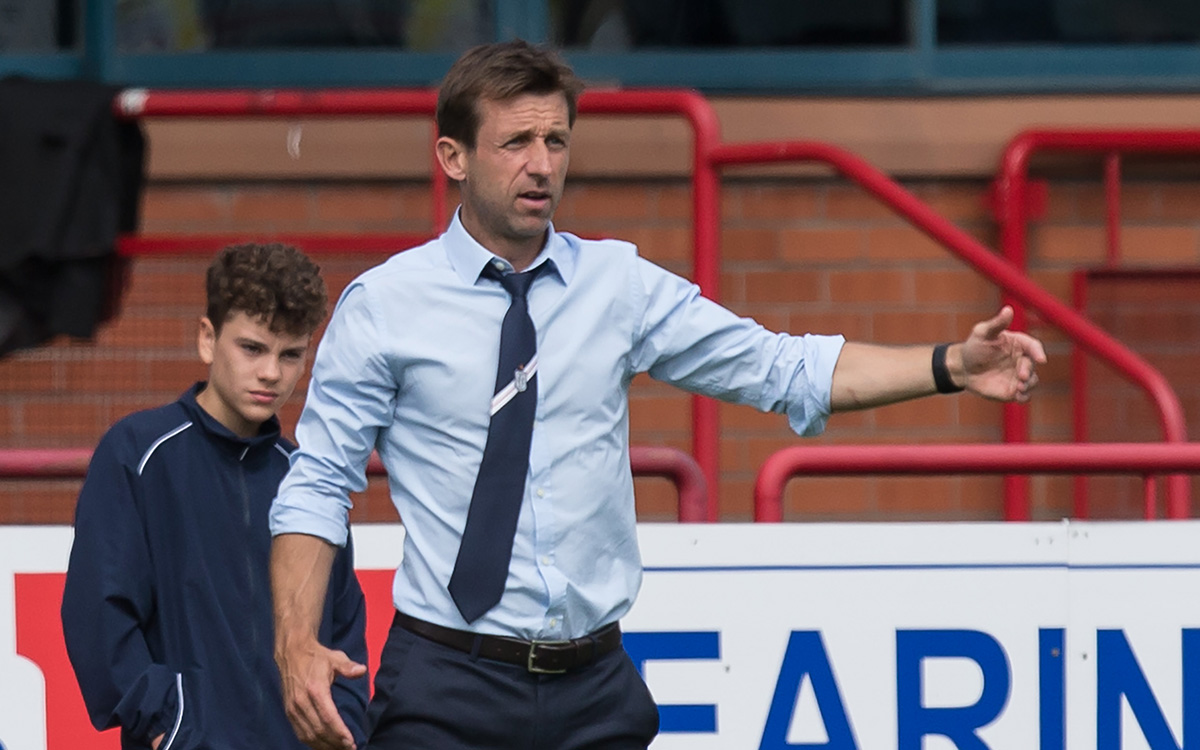 Neil McCann summed up Saturday’s defeat to Ross County at Dens as “Not good enough.”

The manager had watched his team lose the Ladbrokes Premiership opener to the team from the Highlands and spoke post match to DeeTV, he said “I thought the first five minutes or so we had a couple of efforts at goal, Scott Fox had a save, I thought ‘right we’re going to go at it’ and we finished the game well but the large chunk in between isn’t where I want us to be, I’ve told them that.”

“I’m not happy at all, I don’t think you can go into a game and expect a team to just roll over and allow us to play. We’ve added real exciting players who can go win us games and create things but we didn’t earn the right through the middle of the pitch or the middle of the game to allow us to get the upper hand and to get into good areas of the game.”

The team fell two behind before a late rally which saw Jack Hendry pull one back then Dundee push on looking for an equaliser which didn’t come, the manager continued, “Only towards the latter stages when we started forcing issues then we started to look a threat but that is natural as Ross County maybe sat off and looked to protect. There are loads of things that I need to go and look at and see where we can do better but ultimately I think it comes from within the group in terms of the approach for a match and being prepared to be physical. I don’t believe we were right at it today and I don’t believe that we deserved anything from the game.”

A full match replay and highlights from the match are also available to view.