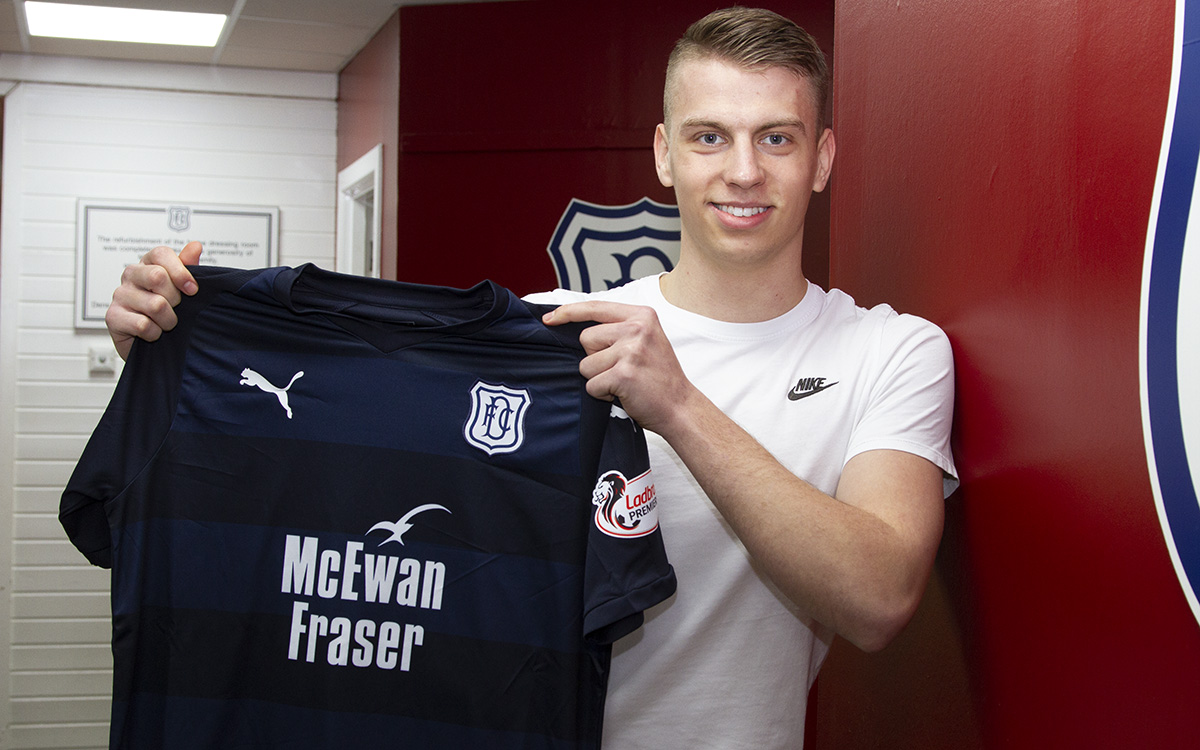 Dundee Football Club are delighted to announce the signing of Andrew Nelson from Sunderland for an undisclosed fee, subject to international clearance.

Striker Andrew is a product of Sunderland’s youth academy and has spent four spells out on loan.

After spells with Hartlepool United and Harrogate Town he joined Falkirk in the SPFL Championship last season under former Dundee boss Paul Hartley.

Andrew scored 4 goals in 15 appearances as he helped Falkirk to safety last season.

While with Darlington he scored 6 goals in 5 games.

Andrew joins the club on a two and a half year deal and will wear the number 21 this season.