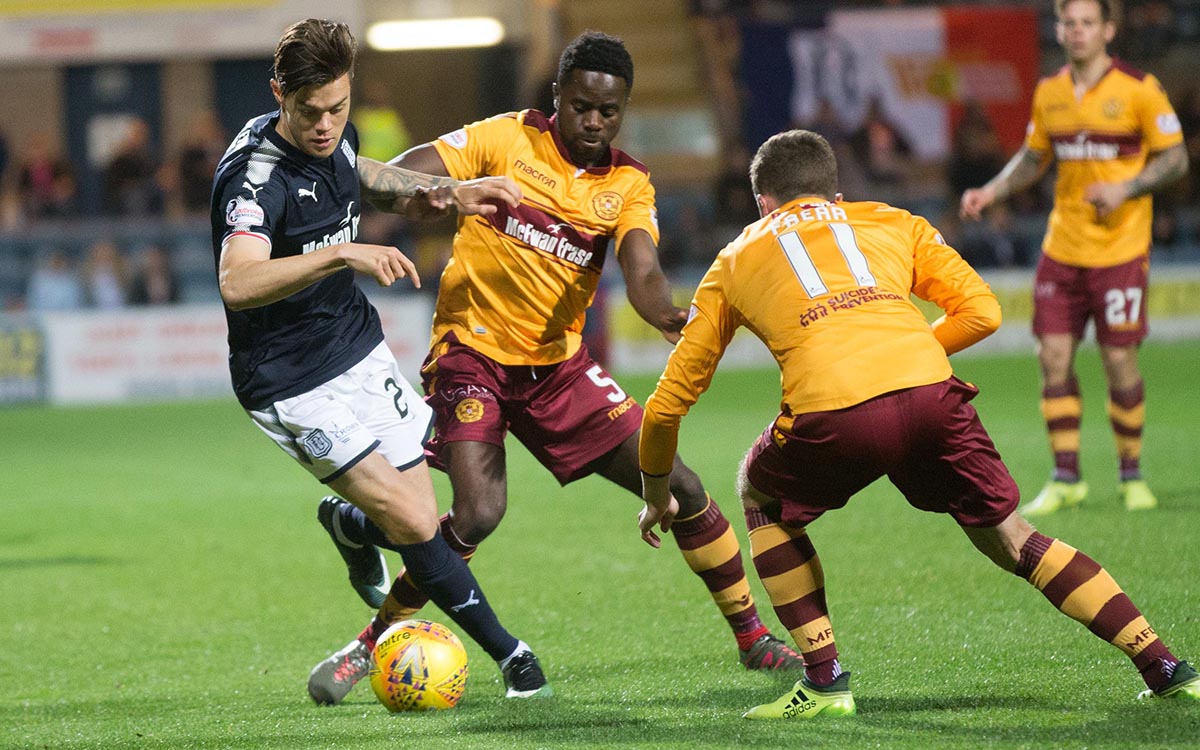 Referee Don Robertson started refereeing at the age of 17 after failing to make the grade as a player with Partick Thistle and St Mirren and joined the senior list in 2007. The 29 year old became a category one referee in 2012; the same year he took charge of the Scottish Junior Cup between Shotts and Auchinleck Talbot and his first match in the Scottish Premiership was the Hamilton v Inverness game in August 2014; a year after his first European trip when he was the Fourth Official for the BATE Borisov v Shakhter Karagandy match in July 2013.

This is Robertson’s second Dundee game in charge this season having refereed the match against Hibs at Dens in August.

An early goal by Craig Tanner gave Motherwell a 1-0 win at Dens Park tonight. Dundee failed to reproduce the form of the two recent good performances in Glasgow that had brought praise, though not points. It was a poor game, constantly interrupted by the referee’s whistle, but Motherwell had the better of the slugging match and earned their win

Motherwell reached the League Cup Final after three superb wins, firstly 3-2 against Ross County in Dingwall, then 3-0 at home to Aberdeen in the quarter-final and then a brilliant 2-0 win over Rangers in the semi-final thanks to two goals from talisman Louis Moult who is joining Preston North End in January.

In the Final Motherwell ran Celtic but two early second half goals, the second a controversial penalty was enough to see the League Cup travel back across to the east end of Glasgow.

A 1-0 defeat to Aberdeen three days after knocking them out the League Cup was then countered with wins against Partick, Hamilton, Dundee and Motherwell made it a league double over The Dons when they won 1-0 at Pittodrie in November.

The Betfred Cup Final was actually the first of a triple header with Celtic and that Hampden defeat was followed with a 1-1 draw at home which required a late Celtic equaliser and a 5-1 defeat at Celtic Park three days later.

Since then Motherwell have lost their last three against Hearts, Partick and Kilmarnock and slipped into the bottom six and so will be looking to bounce back against Dundee

This match is pay at the gate and Dundee fans will be located in the South Stand.