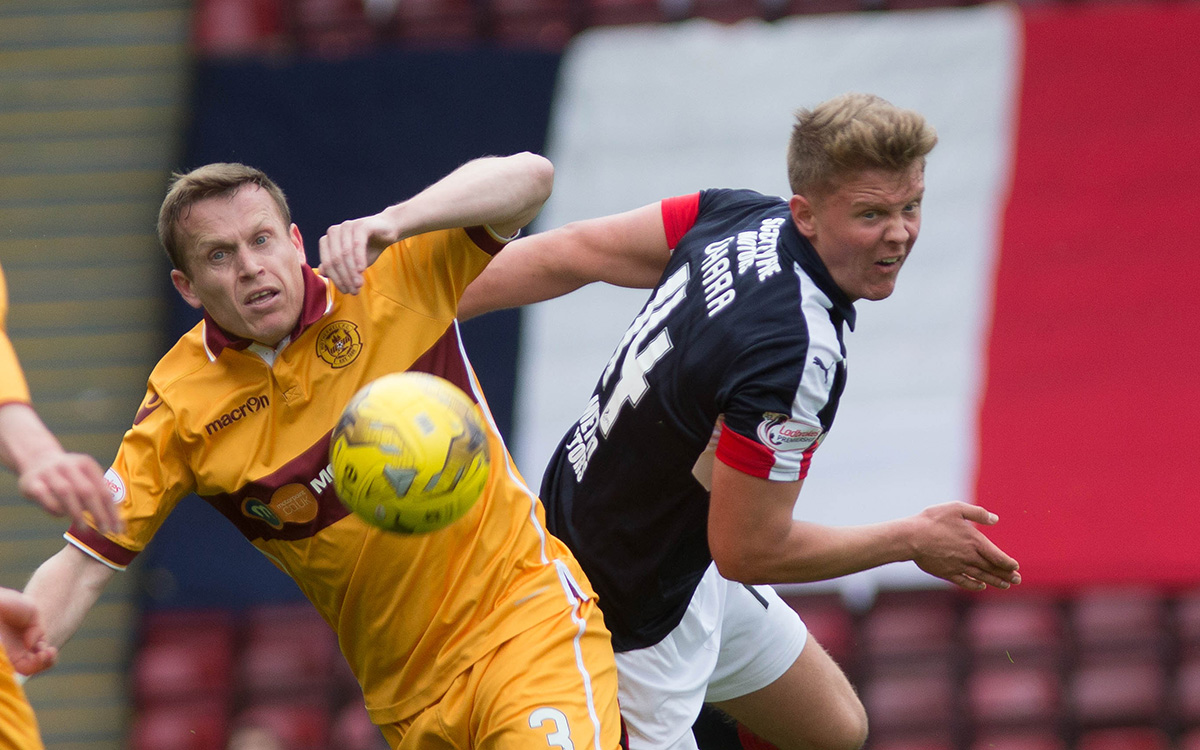 We are back in action this Wednesday evening when we welcome Motherwell.

He takes charge of his second Dundee match this season, having officiated the season opener against Raith Rovers. Last season Finnie officiated at just one Dundee game but it was a memorable one for the Dark Blues when the defeated Motherwell 5-1 at Fir Park in February.

Dundee travelled to Lanarkshire for the first post-split fixture last April and new interim manager Neil McCann got his reign off to a perfect start with an enthralling 3-2 win in front of 1259 travelling Dees.

Goals from Mark O’Hara and Marcus Haber (2) were enough to secure the win and saw Dundee leapfrog Motherwell and Hamilton into ninth. The team defended resolutely, counter attacked with pace and guile and implemented the interim manager’s game plan to perfection.

Motherwell have now reached the League Cup Final after three superb wins, firstly 3-2 against Ross County in Dingwall, then 3-0 at home to Aberdeen in the quarter-final and then a brilliant 2-0 win over Rangers in the semi-final last weekend thanks to two goals from talisman Louis Moult.

A 1-0 defeat to Aberdeen three days after knocking them out the League Cup was then countered with wins against Partick and Hamilton which sees Motherwell come to Dens Park sitting fourth and on a high after reaching the Betfred Cup Final.

Tickets for the match against Motherwell at Dens Park are on sale now online and from the Ticket office.

Dundee’s 2017/18 match programme The Dee will be available to buy at the Motherwell game in and around the ground and in the club shop. It is a full, colour 52 page edition packed with news, views, features and exclusive interviews which this week include:

Fans from outside of the UK who are virtual season tickets will be able to watch the Motherwell match live on DEETV or alternatively they can view it for just £5.