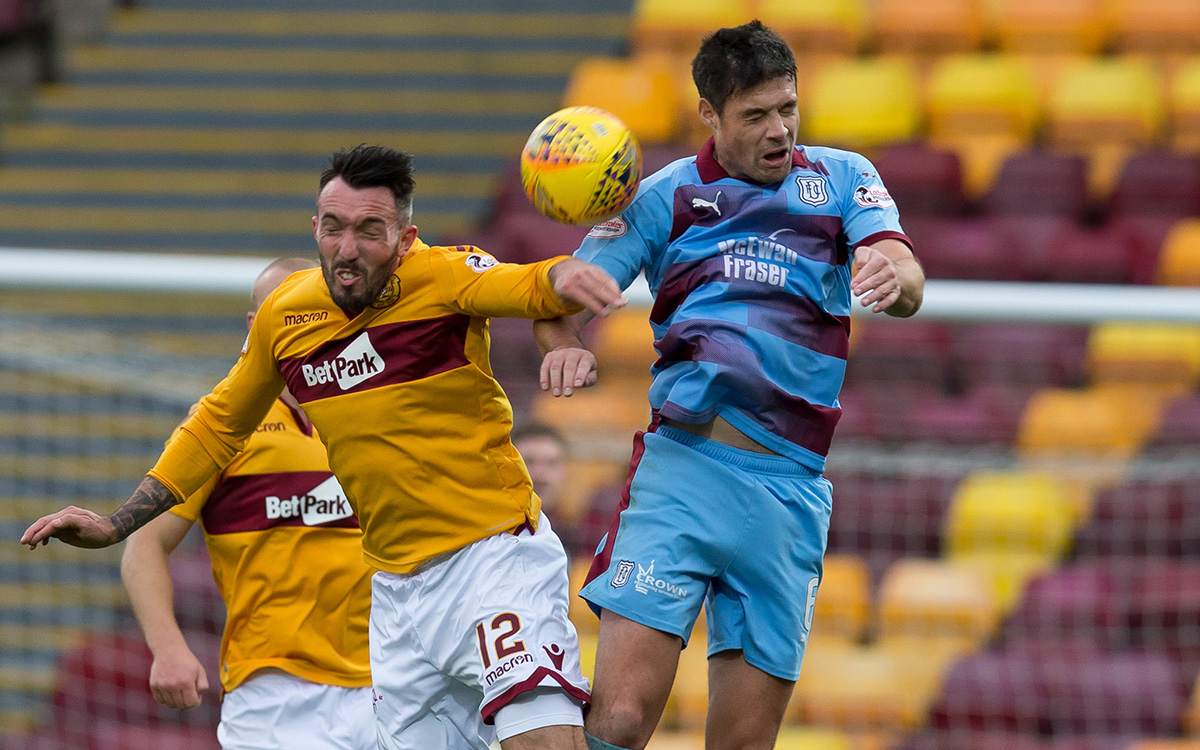 The Dark Blues face Motherwell in their next Ladbrokes Premiership match and here we round of everything you need to know ahead of the game.

This match is pay at the gate and Dundee fans will be located in the South Stand.

Families (One adult and two Juveniles): £28

Fans who require ambulant or wheelchair access should purchase their tickets from the ticket office at the Kilmac Stadium at Dens Park before travelling.

The Dark Blues paid a steep price for missing their chances as they went down 1-0 to Motherwell at the Kilmac Stadium at Dens Park in January. Dundee should have been sitting on a comfortable lead by the time Well produced a sucker punch with David Turnbull’s match-winning penalty after an hour. Dundee couldn’t turn heavy pressure into an equaliser and Motherwell were able to hang on.

They followed that up with a 3-1 win over Dundee at Dens but subsequently lost to Hearts, Aberdeen, Kilmarnock and St Johnstone and drew at home with Livingston before a 2-0 win in Paisley.

After defeating Dundee in November Motherwell crashed 7-1 at Ibrox but bounced back superbly with a 3-0 home win over Aberdeen.

The Steelman’s topsy-turvy season continued in December with wins over St Johnstone and Hamilton, a draw with Celtic at Fir Park and defeats to Livi, Hearts, St Mirren and Killie.

In the first game after the winter break Motherwell crashed out the Scottish Cup with 2-1 defeat at home to Ross County but bounced back with five straight wins against Hibs, Dundee, Livingston, St Mirren and Hearts.

This pushed Well into contention for a top six place but March’s two wins, a draw and a defeat weren’t enough to secure a top half finish.

This match will be available to watch live to fans outside of the UK.