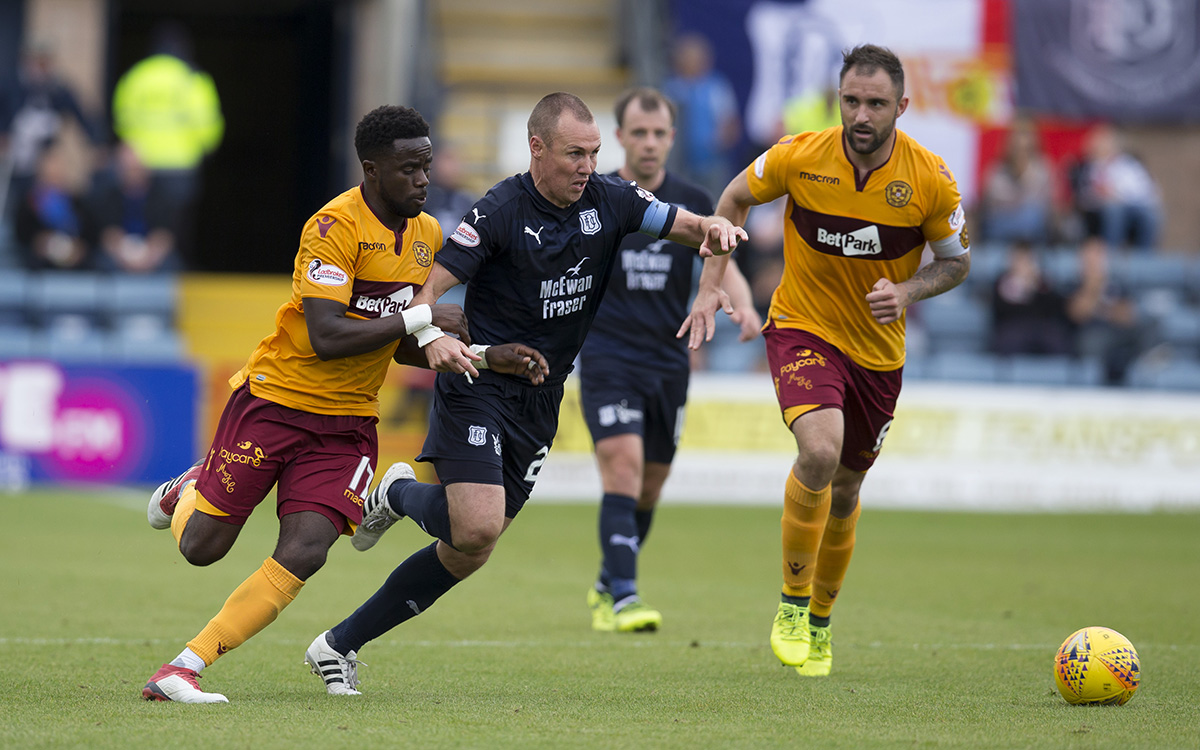 The Dark Blues face Motherwell at the Kilmac Stadium at Dens Park in the Ladbrokes Premiership on Saturday and here we round of everything you need to know ahead of the game.

A spectacular winner by David Turnbull midway through the second half gave Motherwell a 1-0 win over the Dark Blues at Fir Park last November. Dundee had good moments, but couldn’t turn that into the penetration they needed to take anything from the match.

They followed that up with a 3-1 win over Dundee at Dens but subsequently lost to Hearts, Aberdeen, Kilmarnock and St Johnstone and drew at home with Livingston before a 2-0 win in Paisley.

After defeating Dundee in November Motherwell crashed 7-1 at Ibrox but bounced back superbly with a 3-0 home win over Aberdeen.

The Steelman’s topsy-turvy season continued in December with wins over St Johnstone and Hamilton, a draw with Celtic at Fir Park and defeats to Livi, Hearts, St Mirren and Killie.

In the first game after the winter break Motherwell crashed out the Scottish Cup with 2-1 defeat at home to Ross County but bounced back when the Premiership returned with a 1-0 win over Hibs on Wednesday.

Tickets for the match against Motherwell at the Kilmac Stadium at Dens Park are on sale now, online and from the Ticket office within Dundee Direct.

There will be a cash turnstile in the Main Stand for home supporters.

The ticket office is becoming increasingly busy on matchdays and fans are encouraged to buy their tickets as early as possible. It is open from 10am on matchdays.

Dundee’s 2018/19 match programme The Dee will be available to buy at the Motherwell game in and around the ground and in the club shop. It is a full, colour 48 page edition packed with news, views, features and exclusive interviews which this week include:

Fans from outside of the UK will be able to watch the Motherwell match live on DeeTV with a virtual season ticket. You can sign up for DeeTV for just £12 a month or an annual fee of £120 on the official website where you will also have access to highlights, interviews and all the Dundee FC goals at the click of the button