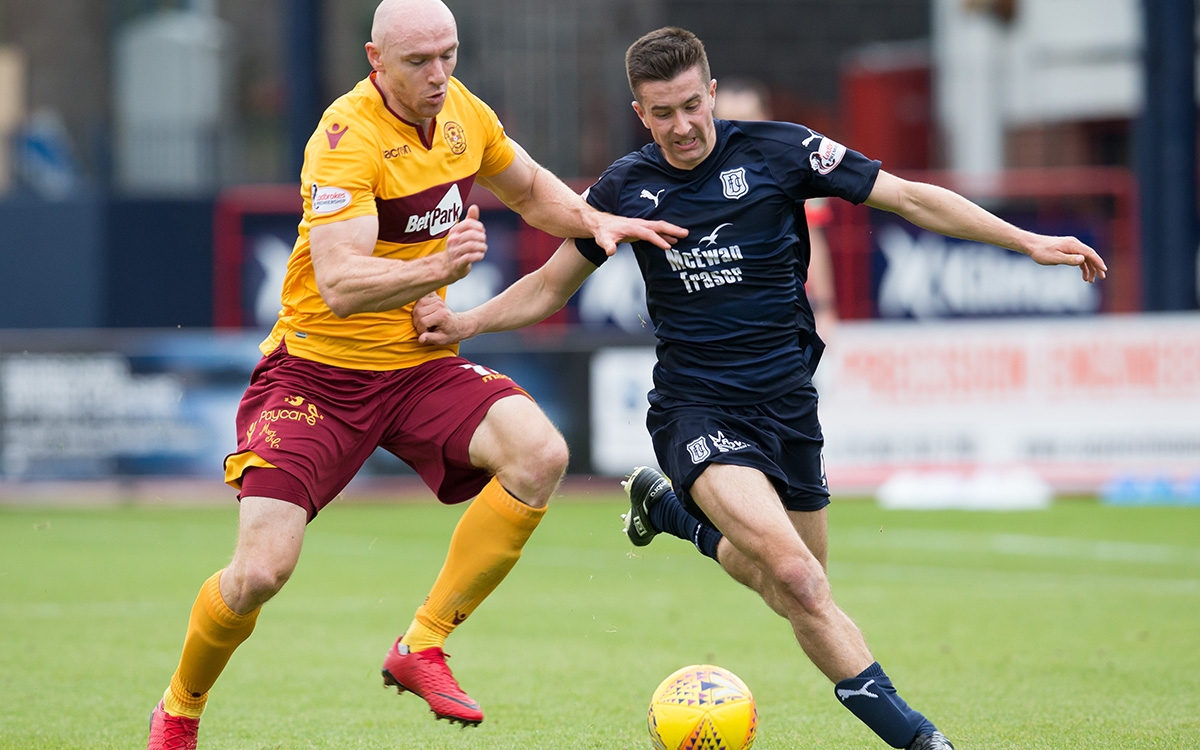 The Dark Blues travel to Motherwell in the Ladbrokes Premiership on Saturday and here we round of everything you need to know ahead of the game.

Dundee traveled to Lanarkshire on the same weekend as last year when Neil McCann took charge of Dundee for the first time and despite a spirited performance, couldn’t replicate the win of 12 months ago against Motherwell. Genséric Kusunga gave Dundee a first half the lead but The Dee could only hold onto it for five minutes when Ryan Bowman headed home and in the second half, a back post header from Cedric Kipre was enough to give The Steelmen a 2-1 win and secure their Premiership status for next season.

They followed that up with a 3-1 win over Dundee at Dens but subsequently lost to Hearts, Aberdeen, Kilmarnock and St Johnstone and drew at home with Livingston before a 2-0 win in Paisley on Wednesday.

This match is pay at the gate and Dundee fans will be located in the Phil O’Donnell Stand (North).

Families (One adult and two Juveniles): £28

Fans who require ambulant or wheelchair access should purchase their tickets from the ticket office at the Kilmac Stadium at Dens Park before travelling.

This match will be available to watch live to fans outside of the UK.