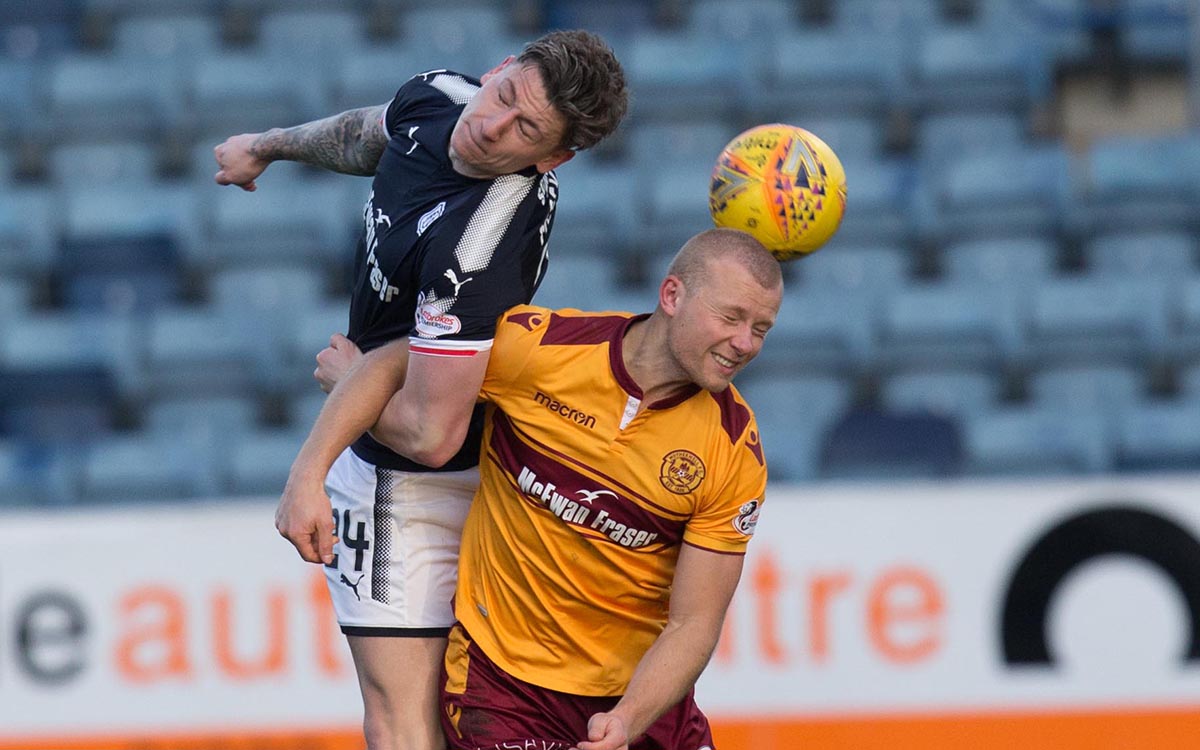 Dundee traveled to Lanarkshire last April in the second game after the split but returned home empty handed. Genséric Kusunga gave Dundee a first half the lead but The Dee could only hold onto it for five minutes when Ryan Bowman headed home. In the second half, a back post header from Cedric Kipre was enough to give The Steelmen a 2-1 win and secure their Premiership status for next season while Dundee’s fight went onto Dens the following week.

Motherwell’s season started with an impressive 5-0 home win over Edinburgh City in the Betfred Cup but in their second group match slipped up at Stranraer when they drew 1-1 and lost the bonus point on penalties.

The Steelmen managed to top their group however after defeating Championship side Queen of the South 2-0 at Fir Park and then Clyde at Broadwood by three goals to one after going behind in the first half.

When the Premiership started Motherwell travelled to Easter Road and it was a disappointing start to their league campaign when they went down 3-0 to a Hibs side buoyant after their Europa League win in midweek.

The second match didn’t fair any better for The Well as they lost the Lanarkshire derby 1-0 to Hamilton Academical at Fir Park.

They picked up their first point of the season thanks to an injury time equaliser from captain Peter Hartley last Sunday at home to Rangers.

Tickets for the match against Motherwell at Dens Park are on sale now online and from the Ticket office.

Dundee’s 2018/19 match programme The Dee will be available to buy at the Ayr United game in and around the ground and in the club shop Dundee Direct, priced £3. It is a full, colour 48 page edition packed with news, views, features and exclusive interviews which this week includes:

A seasonal Dundee FC programme subscription where every home programme from the 2018/19 season will be posted to your address can also purchased online from Curtis Sport for £95.

Fans from outside of the UK will be able to watch the match live on DeeTV with a virtual season ticket. You can sign up for DeeTV for just £12 a month or an annual fee of £120 on the official website where you will also have access to highlights, interviews and all the Dundee FC goals at the click of the button