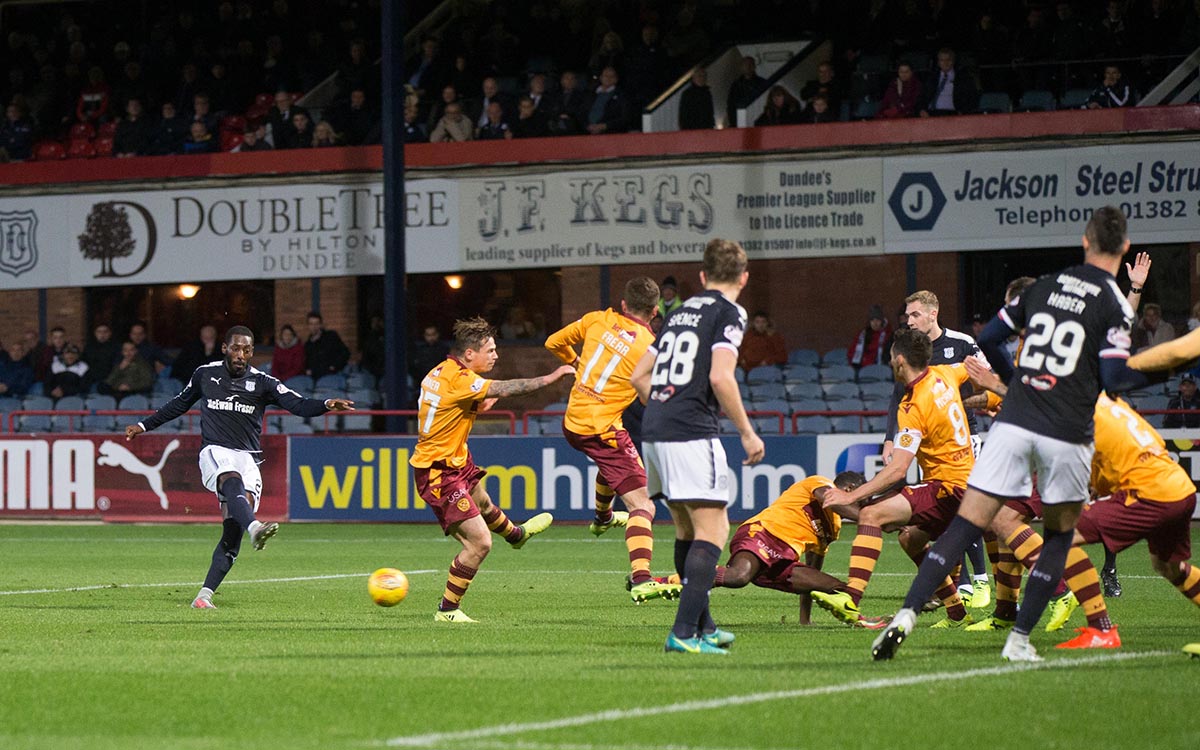 Dundee had to settle for a point from a 1-1 draw against Motherwell at Fir Park two days before Christmas. Paul McGowan put the Dee ahead a minute into the second half only for Craig Tanner to equalise from the penalty spot after an hour. From then till the final whistle Dundee battered their hosts, who managed to hold out despite having to play 20 minutes with 10 men after Elliott Frear was injured after Well had committed all their substitutes. Dundee saw the ball come back into play from the woodwork three times and would have claimed a deserved victory if Well keeper Trevor Carson had not saved superbly from Josh Meekings in injury time.

Motherwell reached the League Cup Final after three superb wins, firstly 3-2 against Ross County in Dingwall, then 3-0 at home to Aberdeen in the quarter-final and then a brilliant 2-0 win over Rangers in the semi-final thanks to two goals from talisman Louis Moult who is joining Preston North End in January.

In the Final Motherwell ran Celtic but two early second half goals, the second a controversial penalty was enough to see the League Cup travel back across to the east end of Glasgow.

A 1-0 defeat to Aberdeen three days after knocking them out the League Cup was then countered with wins against Partick, Hamilton, Dundee and Motherwell made it a league double over The Dons when they won 1-0 at Pittodrie in November.

The Betfred Cup Final was actually the first of a triple header with Celtic and that Hampden defeat was followed with a 1-1 draw at home which required a late Celtic equaliser and a 5-1 defeat at Celtic Park three days later.

After that Motherwell lost their next three against Hearts, Partick and Kilmarnock before drawing with The Dee two days before Christmas and they finished the year with defeats to Rangers and Hamilton.

However after the winter break they got revenge on their Lanarkshire rivals when they knocked the Accies out the Scottish Cup with a 2-0 win at Fir Park.

When the Premiership returned the Steelmen beat Ross County at home before a double header in Edinburgh where they drew with Hearts and lost 2-1 to Hibs and in their last game drew 1-1 with Partick at Fir Park.

Tickets for our William Hill Scottish Cup Fifth round tie with Motherwell at Dens on the 10th of February are on sale now and the prices are as follows:

As an “added value” to season ticket holders and to encourage early purchase we would like to offer season tickets holders the following prices.

To obtain these prices season ticket holders would need to buy their tickets in advance with a cut of point of 5pm on Friday 9th February 2018.

Dundee’s 2017/18 match programme The Dee will be available to buy at the Motherwell game in and around the ground and in the club shop. It is a full, colour 52 page edition packed with news, views, features and exclusive interviews which this week include: