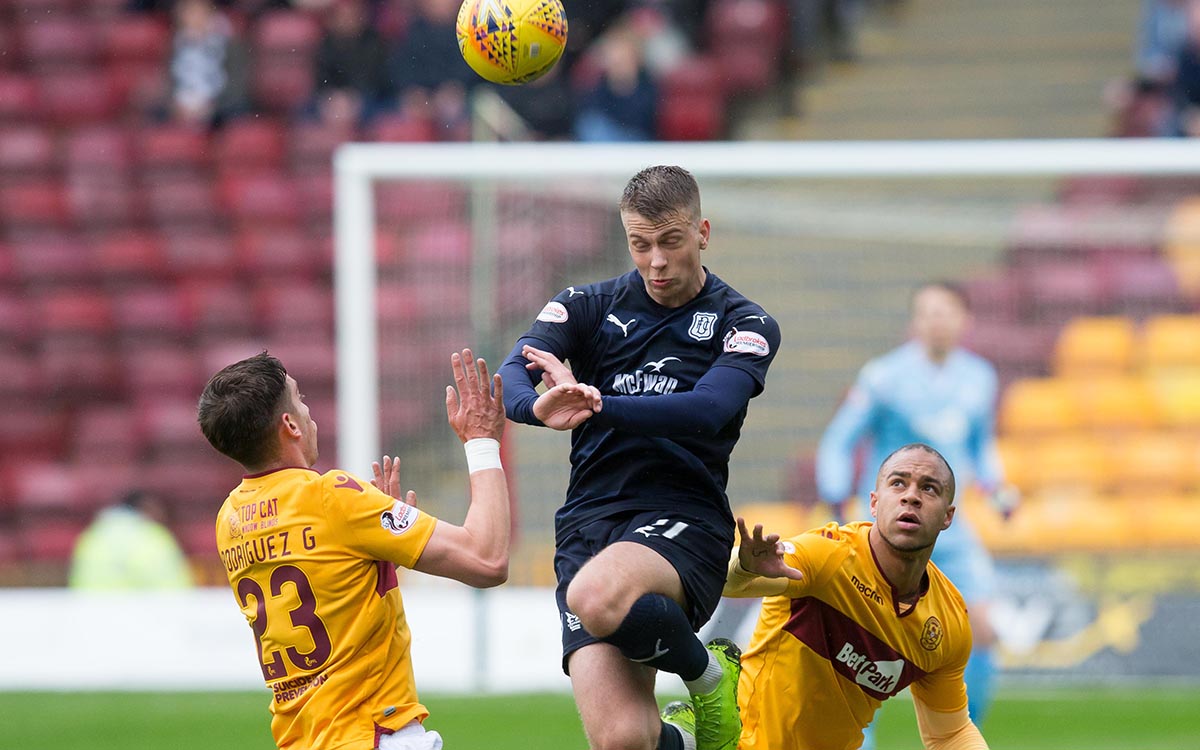 The Dark Blues face Motherwell in a William Hill Scottish Cup 4th round match on Saturday night and here we round of everything you need to know ahead of the game.

Tickets for the match against Motherwell at the Kilmac Stadium at Dens Park are on sale now, online and from the Ticket office within Dundee Direct

Prices for the William Hill Scottish Cup 4th round tie are as follows:

Pre-purchased ticket prices are as follows –

The ticket office is often busy on a match day and fans are encouraged to buy their tickets as early as possible. It is open from 12 noon on Saturday.

The Dark Blues went down to a bitterly disappointing 4-3 defeat at Motherwell in the first match after the split last season, losing out to David Turnbull’s winner four minutes into injury time. Dundee had taken the lead twice in the first half, through a Martin Woods penalty and Ethan Robson, but each time Well pulled out an instant equaliser, first from Turnbull and then from James Scott. Gboly Ariyibi put Motherwell ahead for the first time early in the second half only for Nathan Ralph to level the scores within two minutes. Dundee failed to take advantage after Alex Gorrin picked up a second yellow card and as they chased a winner they were caught out by a sucker punch when Turnbull scored his second.

Motherwell have had a superb season so far and currently sit third in the Ladbrokes Premiership as they enjoy their winter break.

Their season started in the Betfred Cup and Well comfortably won their group with wins over Queen of the South, Morton, Dumbarton and Annan but exited the competition at the first knock out stage with a 2-1 home defeat to Hearts.

The Steelmen’s league campaign started with a 0-0 draw at Livingston and then a 5-2 defeat to Celtic but after their League Cup loss recorded their first Premiership wins with a 3-1 away victory over Lanarkshire rivals Hamilton followed by a 3-0 home win over Hibs.

Motherwell endured back to back defeats in September to Hearts and Ross County but subsequent wins over St Johnstone, St Mirren, Kilmarnock and Livingston saw them start to climb the league.

Defeats to the top three of Rangers, Celtic and Aberdeen were frustrating but a run of five wins out of six in November and December saw Motherwell go into the winter break in third place in the Premiership, one point ahead of Aberdeen despite losing their last game 2-1 at home to Accies.

Dundee’s 2019/20 match programme The Dee will be available to buy at the Motherwell game in and around the ground and in the club shop. It is a full, colour 48 page edition packed with news, views, features and exclusive interviews which this week include:

Fans from outside of the UK will be able to watch the Motherwell match live on DeeTV with a virtual season ticket. You can sign up for DeeTV for just £12 a month or an annual fee of £120 on the official website where you will also have access to highlights, interviews and all the Dundee FC goals at the click of the button