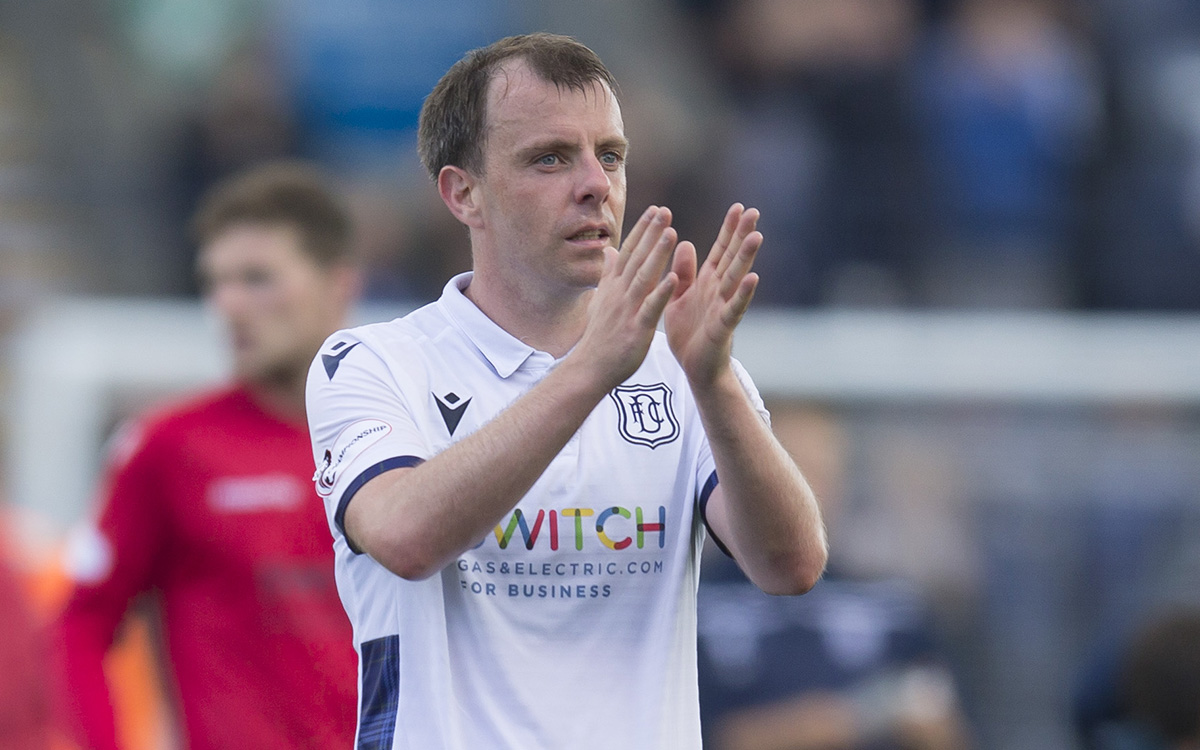 Paul McGowan has won the Andrew De Vries Player of the Year award for 2019/20.

The De Vries trophy is voted for by the Dundee FC Supporters Association supporters clubs and is the club’s official Player of the Year award.

In normal circumstances the individual supporters clubs awards are presented at the DSA Player of the Year awards night and the player with the most awards picks up the De Vries. However, given the current situation, the clubs made the DSA committee aware of their winners and the club today announced them throughout the day on our twitter page.

The final voting left Jordan McGhee and Paul McGowan level with 11 individual awards each. This has only happened once in the history of the trophy going back to 1994.

In the event of a tie, the DSA constitution leaves the deciding vote with the DSA Chairman. The chairman canvased the committee for votes which fell in favour of Paul McGowan and also cited their weekly Man of the Match vote which had Paul has the overwhelming winner over the season.

It’s the first time ‘Gowser’ has picked up the main club award but he is no stranger to the individual supporters club prizes over the years and has come close on a few occasion to lifting the De Vries.

This season Paul made 31 appearances for the club and continued to perform at the high levels he has set since joining the club in the summer of 2014.

He levelled his highest tally infront of goal this season with four strikes to name. His first came in defeat to Partick Thistle at the Kilmac Stadium at Dens Park but his other three were all vital in victories for the club.

Six days after his goal against Partick at home he scored the winner away to Ayr United and followed those goals up with two more back to back in December.

Midfielder Paul scored the third in a 4-3 win over Dunfermline at home and a week later scored the only goal of the game as he found the net again against Partick Thistle, this time at Firhill.

An infectious character, Paul has become a huge fans favourite in his time at Dens and everyone connected with the club would like to congratulate him on winning the De Vries trophy.