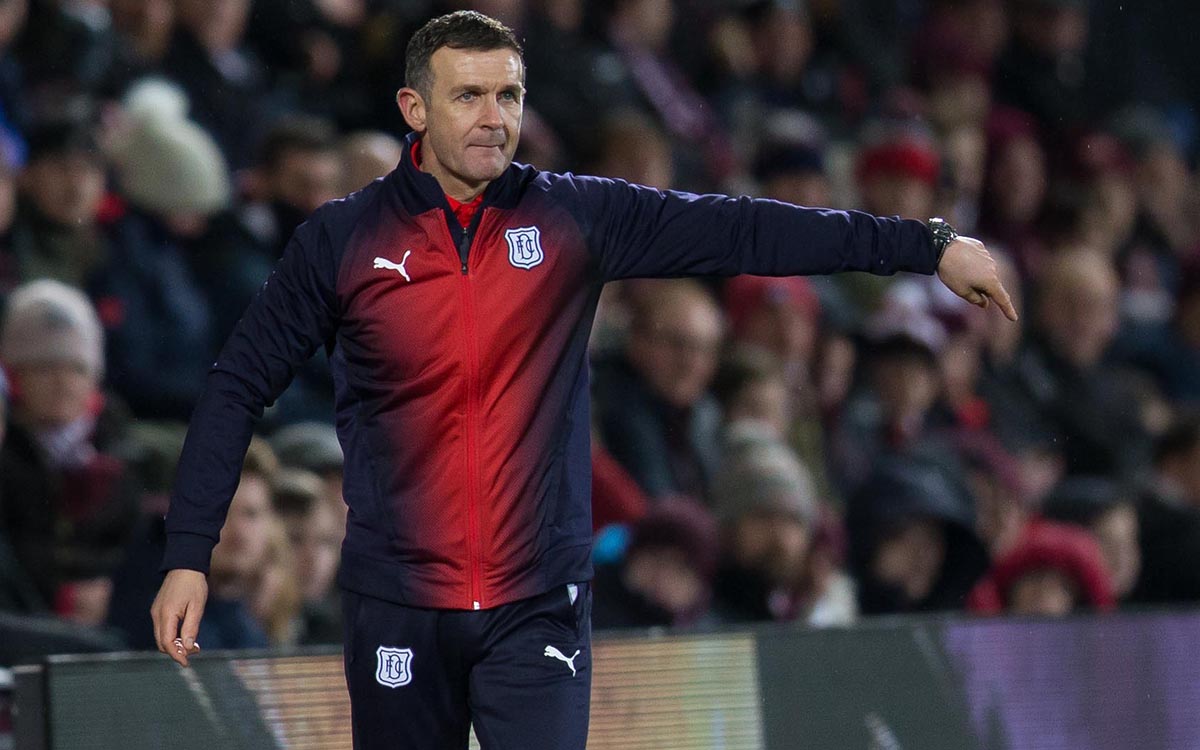 Manager Jim McIntyre and his side take on Kilmarnock this Wednesday evening at the Kilmac Stadium at Dens Park.

The manager spoke to the press ahead of the match and knows Killie boss Steve Clarke has a good side, “We are playing one of the top sides in the league, Kilmarnock have done fantastically well this season. They have had a couple of really tough fixtures in the last few games and they will be looking to bounce back. Equally though, we are at home and its an opportunity for us back at Dens Park and we want to make sure we can capitalise at home and pick up the three points.”

“They are a good side, they have a mix of strength throughout the spine of the team and really good wide players who offer something different. One is very direct and one that comes inside a lot.”

Dundee had to settle for a point on Saturday as a last minute Hamilton Accies’ goal meant the points were shared, “If I look back to the last couple of home games, especially the Motherwell one, we created numerous opportunities to win the game and that’s where we’ve got to be better. On Saturday, the draw was fair, we had chances and Hamilton had chances but I think cause we lose the goal so late it feels like a defeat at the time but when you look at it in the cold light of day Hamilton deserved their point as much as we did.”

Consistency has been key to Kilmarnock’s form under Clarke and Jim insisted that getting that consistency will help gain vital points in the run in, “We are at home against a good side but we have shown on our day that we are a good side as well. We need to get our consistency levels up to produce better types of performances, improve our end product and if we can do that you will certainly see us begin to pick up points.”

Five players made debuts for the club at Hamilton on Saturday. Some of the players had only met the squad on the day before the game and the performance pleased the manager, he said “I was pleased considering they only had 24 hours to meet each other, in terms of the ones who arrived on deadline day. I wouldn’t say they have gelled just as of yet, that’s going to take a couple of weeks but the signs have been encouraging. I’m very pleased with the business we have done and I think it gives us the best chance going forward to make sure that we stay in the league.”

Andrew Davies, Jack Hamilton and Josh Meekings remain long term absentees but the manager confirmed defender Darren O’Dea could be in line for a return to the squad, “Darren is back from illness, he’s still struggling a wee bit but has done a couple of days of light training.”

Subscribers can watch the full press conference with Jim McIntyre and Nathan Ralph on deetv.dundeefc.co.uk.