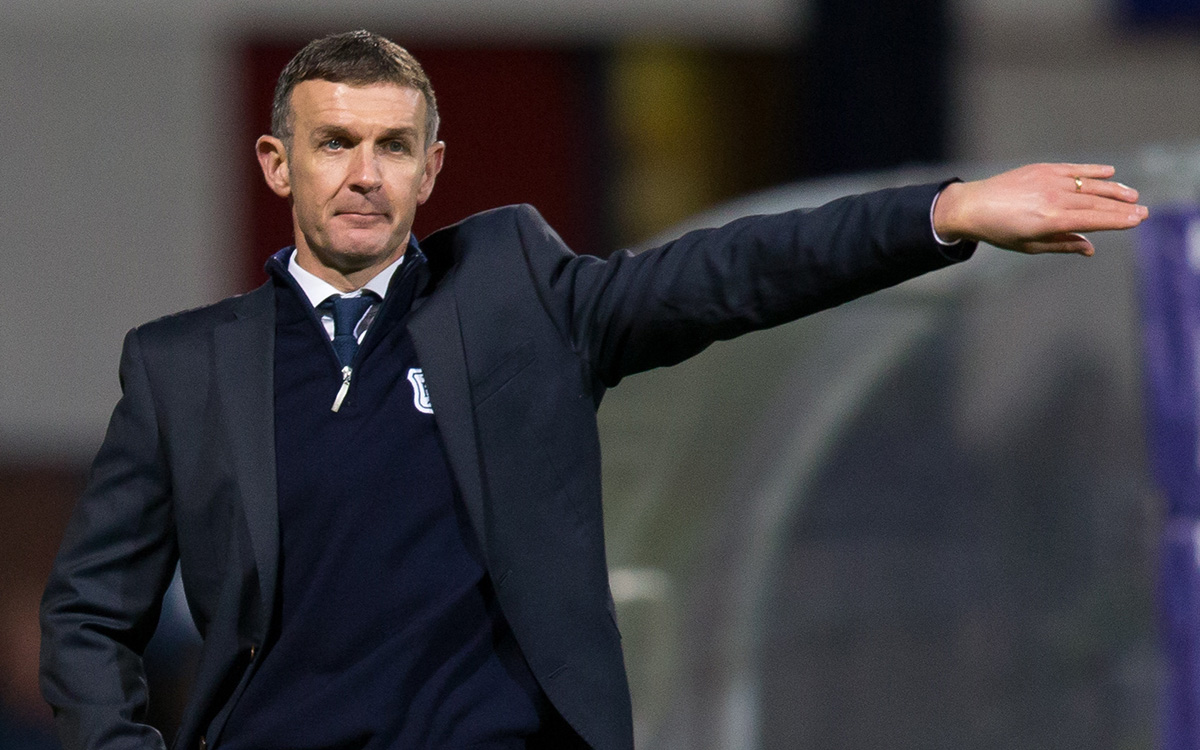 Manager Jim McIntyre will be without Benjamin Källman for this weekend’s trip to Easter Road after the striker had to go through surgery this week. The manager told the press, “Unfortunately for us, Benji has picked up an injury and he had surgery on Thursday. It won’t be too long, it’s just a cartridge operation.”

When asked how long the striker is expected to be our for the manager said, “3-4 weeks”.

Josh Meekings will also miss out for the match with Hibs this Saturday while Roarie Deacon has had a reoccurrence of his thigh problem which the club are investigating.

It’s been two weeks since our last outing with the international break coming after the 1-1 draw with St. Mirren at the Kilmac Stadium at Dens Park. The manager has been able to use this extended period without a match for additional time on the training pitch. When asked how they have been preparing for the match against Hibs, he said, “We have been trying to continue on the things we have been working on. Making sure we are solid defensively but also offering a threat going forward. We did better against St. Mirren than we did at Motherwell, there were a lot of pleasing aspects of that performance and we want to try and do that again.”

“We know we are going into a really tough match and Hibs being at home will be looking to make sure they are entertaining their own fans.”

For the first time this season Hibs have gone on a run of four matches without a victory and while the manager is aware they will still pose a threat he is keen to concentrate on our own game, “They’ve still got the same players, they still have good players and if you are not at it can hurt you. We just have to concentrate on ourselves. Make sure we are dogged, determined, organised against the ball because they’ve got real pace in their team which can cause you major problems. They’ve never had any problems scoring goals so we know we are going to have to defend well but equally we know we have a threat that we carry as well.”