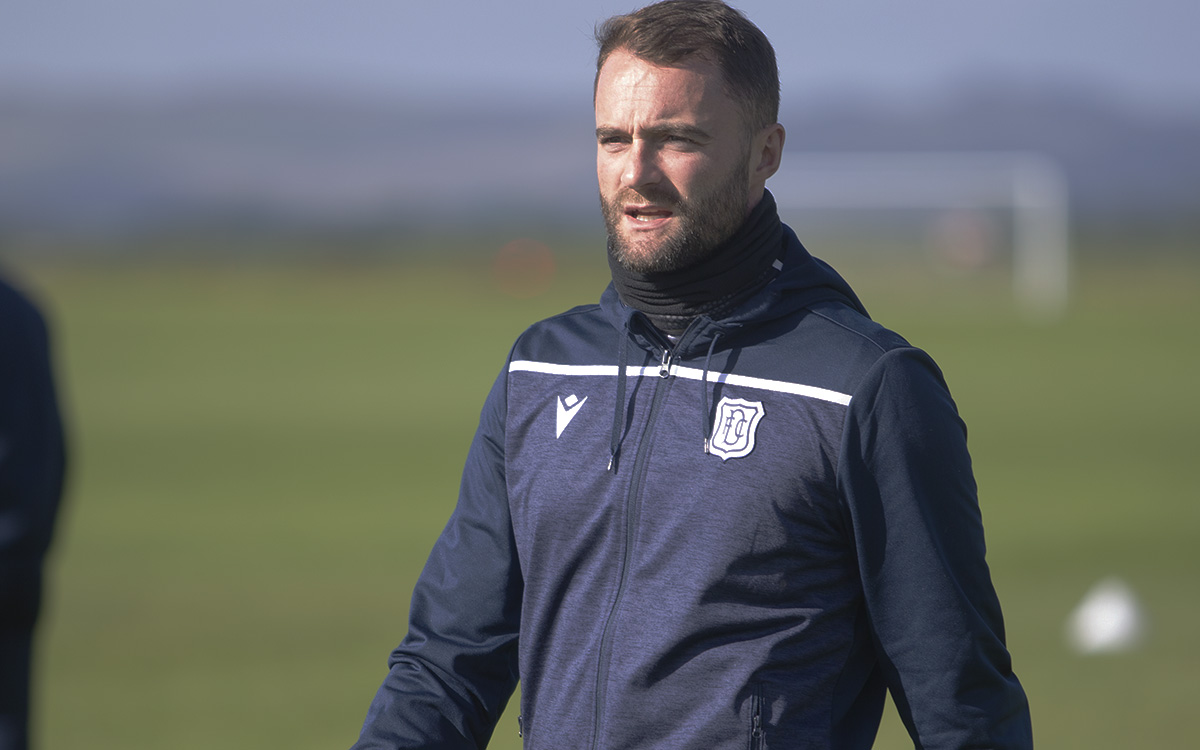 James Mcpake spoke to the broadcast media ahead of this weekend’s match with Arbroath at the Kilmac Stadium at Dens Park.

The final addition of the squad for the time being arrived in Graham Dorrans two weeks ago and the manager is happy he now has a settled squad to work with, he said, “We added to our squad as late as last week. It’s been an ongoing process and there has been no real continuity yet in terms of team selection or who we have available for training.”

“That stops with me as ultimately I pick the team, but now we have a settled squad we can work on everything we are trying to get across to them. In training you can certainly see that but above all it has to click on the pitch.”

Arbroath have had some impressive results and performances since their return to the Championship and the manager told the press their start hasn’t come as a surprise to him, “Not to me, I always thought they would do well. I like Dick Campbell, I’m a fan of what he has done throughout his career. I’ve seen a lot of Arbroath last season and I knew they would come up and be a threat to teams in this league.”

“They have has a decent enough start and they’ll be looking to cause a real upset.”

“They are a good side and will be hard to break done. We are back at Dens so we will have a lot of the ball but they have a threat going forward as well.”

“We are under no illusion how tough this is going to be again. They have enough to compete in this league and we know what is coming down here.”

On the injury front, only Jamie Ness in currently on the sidelines and the manager admitted it will likely be after the internationals that he will return, “Probably after the break for Jamie with the ankle. By then it will be complete settled. It’s still the ongoing one from Cove.”