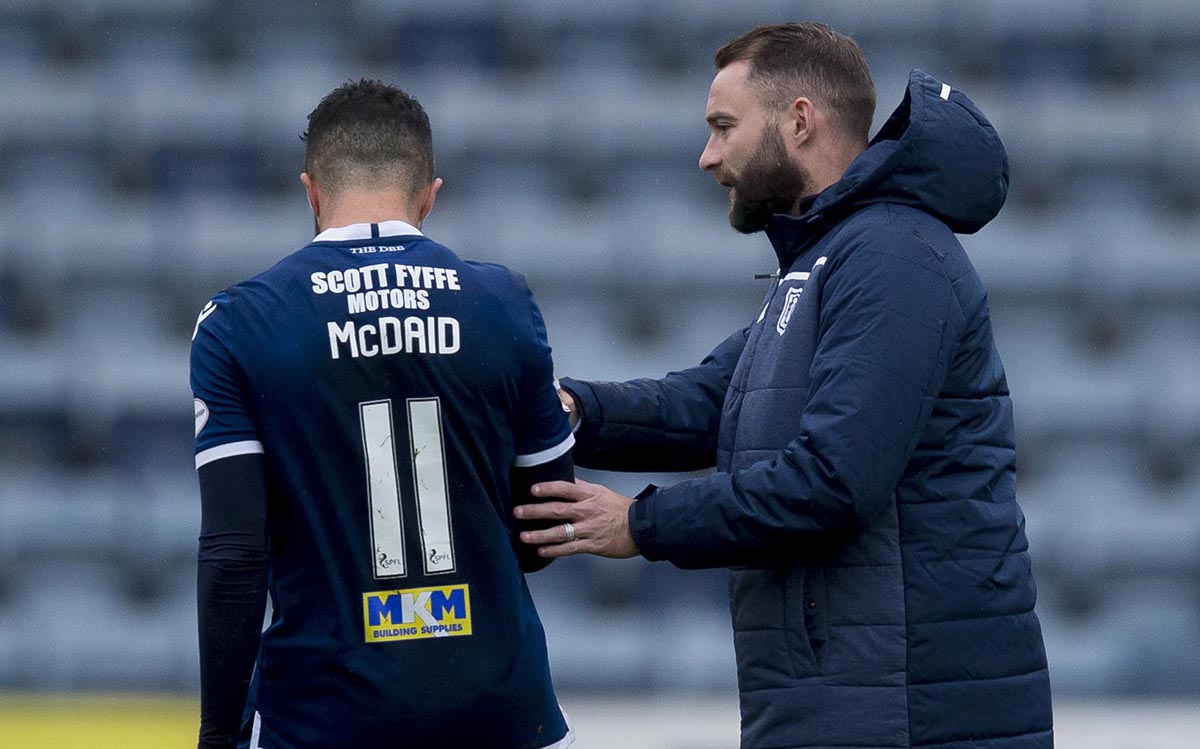 Dundee returned to the Kilmac Stadium at Dens Park with a victory over Arbroath thanks to a double from Declan McDaid.

Manager James McPake was pleased with both the result and his team’s performances, he spoke to DeeTV following the victory and said, “I think there was a lot of controlled football. We moved through the lines pretty well. We were patient, but there is a difference between being patient and then finding the pass through to Graham or Shaun in the middle of the pitch and we did that very well today.”

“The wee switch when we do get it in there going forward, we created a lot of real chances and a lot of good football through being patient.”

“I’ve said from the start that if the performance is right then I believe we’ll win most games that we’ll play as we’ve got a real good squad.”

“On another day it could have been a lot more, Kano’s overhead kick, and his header, it’s going to start going in for Kane, his work was great today. We had some real clear cut chances.”

“They had some good defending, I thought they were good. Credit to them, they set up to be hard to beat as most teams do coming here but some of the football and chances we created today was really good.”

McDaid’s first goals for the club gave the team victory and the manager praised the wide man, he said “The job he does defensively is great. I think everyone in our team and coaching staff will admit that going back the way he’s so effective and helps the team out. We’ve challenged him to be a bit better further up the pitch, as we’ve challenge all of them.”

“Today he produced that and I’m delighted for him because he is hard working, he is great to work with and he wants to keep getting better. He’s got that quality and that’s what we need more of. He has won us the game today. Him linking up with Dorrans and McGowan today was really good.”

Subscribers can watch post match video interviews with James and Declan McDaid, along with highlights and a full match replay on DeeTV – click here