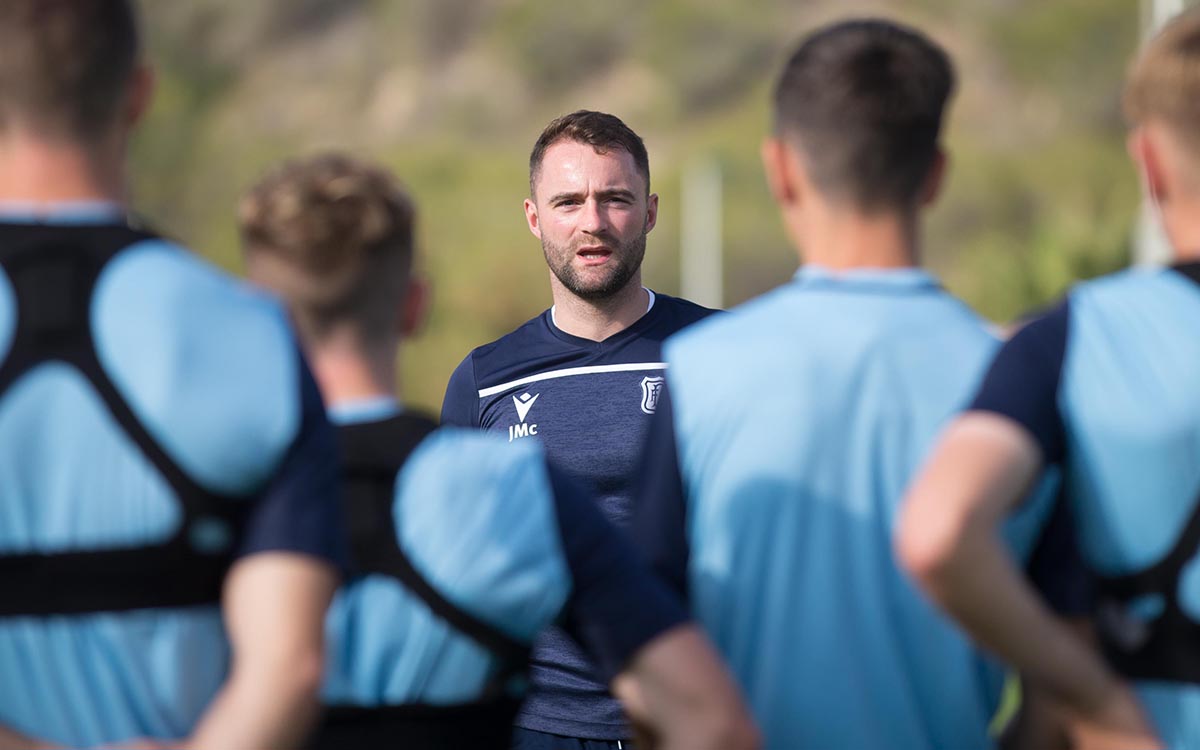 Dundee ran out 2-0 winners over Arbroath last time out in the Ladbrokes Championship and it’s another home game this weekend as we return to action after a week with no game.

The manager spoke to DeeTV ahead of the visit of Partick Thistle this Saturday, first up he discussed how the break had come at a good time, he said, “It’s been good, that probably sounds strange on the back of a win but we had a couple of niggles which the break has allowed to settle down.”

“In the game we played against Forfar, it allowed us to get some players some more minutes. Josh Meekings got another hour, Danny Johnson and Andrew Nelson played in the game. Also, it gave us another two weeks of training for Graham (Dorrans) as well.”

“It was important but above all it was about getting the niggles and knocks cleared up.”

The match against Thistle will provide another tough test for Dundee but also bring a second visit of the season from Ian McCall. The former Ayr United boss is now in charge at Firhill. Asked if he expects it to be a tough match, he said, “It will be, Ian McCall has been here before this season with Ayr. They came out and played attacking football, one of the few teams that have come here and had a go and I fully expect Partick to do the same.”

“That’s the way he sets up and he’s done very well in this league over the past couple of seasons and previously as well. I think they’ll come and have a go, it should be an entertaining game but we’ll have a big support behind us and we’ll need to be on the front foot from early on.”

On the team news front, only Jamie Ness is a doubt for the weekend and the manager explained this weekend will come too soon for the midfielder, he said, “Everybody is fit barring Jamie who has rehabbed last week and training this week. This week has probably come too soon for him, we want to get him another week out on the grass with us and fingers crossed after that we’ll have a full squad to choose from.”