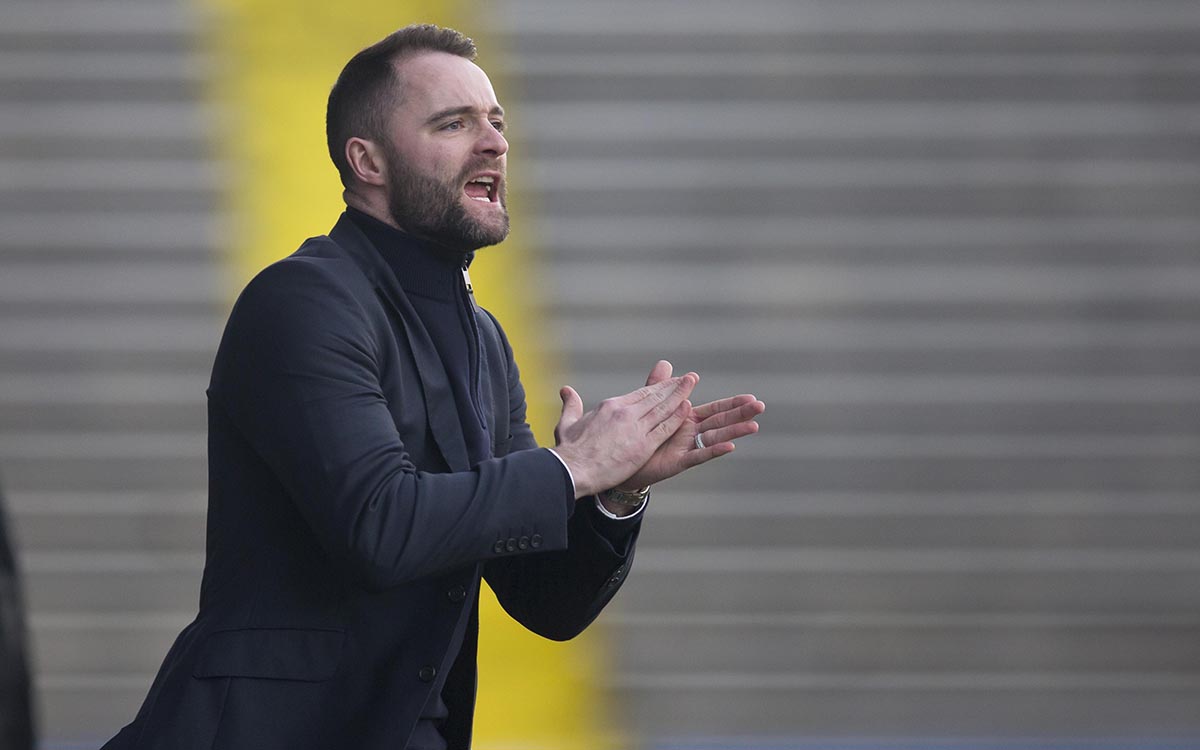 James McPake spoke to the media ahead of this Saturday’s match with Partick Thistle at the Kilmac Stadium at Dens Park.

He said of the fixtures, “We are back at home, we have not been as convincing as we should be at home and we need to put that right quickly.”

“The transfer window is shut so this is the squad we have, we’ve got a few players back in the squad, and a few are out unfortunately but we believe we have a strong squad who can carry us through to the end of the season.”

Two players who will miss out are Cammy Kerr and Jordan McGhee. Both have undergone surgery this week for injuries and will miss the visit from Partick. The manager confirmed Cammy has been playing with a knee injury while Jordan has been playing with an injury to his hand. He continued, “It’s a big blow but that is why it was important we got the replacements in. I know people were looking when we signed a left back, a centre back and a right back but we always knew these surgeries were coming.”

“Credit to both players, they have both played with their injuries for the past few weeks but we believe now is the best time to get them with no game next week. We are hopeful that this is the only game they might miss because they are both vital members of the squad.”

There is positive news on the injury front, Andrew Nelson has returned to full training and played and scored in a bounce game during the week. The manager told the media that Andrew, Paul McGowan and Jamie Ness are all on the road back. He said, “Andrew Nelson played through the week, as did Paul McGowan so both are fit. Jamie (Ness) is back training as well so apart from the two boys who went under the knife yesterday we are healthy.”