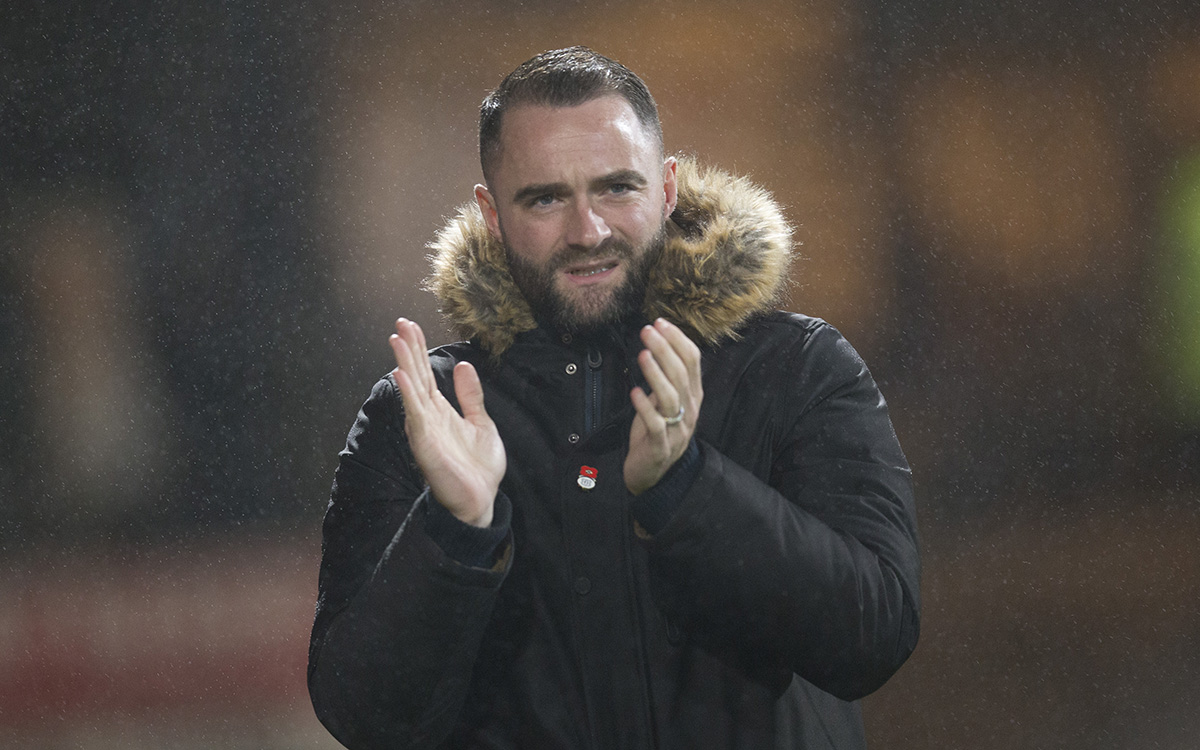 Manager James McPake saw his side make it three wins on in a row on Friday night with a 2-1 win over Greenock Morton at the Kilmac Stadium at Dens Park.

The manager saw his team take a second half lead before being pegged back within a minute. They showed the desire to go on and win the match thanks to a Jamie Ness winner with ten minutes remaining, the manager spoke to DeeTV after the match and said, “We were patient, I don’t think it was anywhere near our better performances. It’s been three tough games in seven days, to get the nine points out of it and to show the character we did tonight. It’s not a great performance but you dig deep, you work hard, you do the horrible side of the game. You get yourself in front and then you get a hammer blow not too long afterwards. Everybody is thinking ‘is it Partick all over again?’ back at Dens for the first time but they dug deep and they got us over the line.”

“The performance didn’t matter in the end, they got us over the line with a great piece of play from Graham and Jamie. I’m delighted for Jamie.”

“It’s nights like this that really do matter. Before the game we named the same team for three games in a week, everybody is fresh and everyone is raring to go but of course tiredness kicks in because we ask them to play at a really high tempo, to press at a really high tempo and they’ve done it three times this week and done it well. I’m proud and delighted for them.”

Jamie Ness has had a tough start to his Dundee career with game time limited due to a knock picked up in the Betfred Cup group stage, the manager was delighted to see him return to the Dens pitch and grab the winner, “You get to know these people, you work with them everyday, I’ve seen how frustrated Jamie has been. He got that injury up at Cove when he was doing really well. We could all see how good a footballer he is and what he brings to the football club, both on the pitch and what he brings to the dressing room, he’s a real leader.”

“His wife just had another baby, so he’s had a lot going on and for him to get that goal tonight is a reward for his hard work.”

The win makes it three in a row for Dundee and the manager was delighted with the character shown, he continued, “You could see how much it meant to the full team and the backroom staff. It’s been a very important week. Our character has been questioned from other places and I don’t like that. They can question tactics, they can questions decisions but the character we have in that dressing room is up there. It’s been questioned, not from our fans but from certain people and we know about that. Two away wins, particularly the way we dug it out at Ayr last week then we go to Alloa and are so dominant then in front of our own fans tonight to show real dig and desire to win a game of football. I’m over the moon for the players.”

Subscribers can watch post match video interviews with James and Jamie Ness, along with highlights and a full match replay on DeeTV – click here