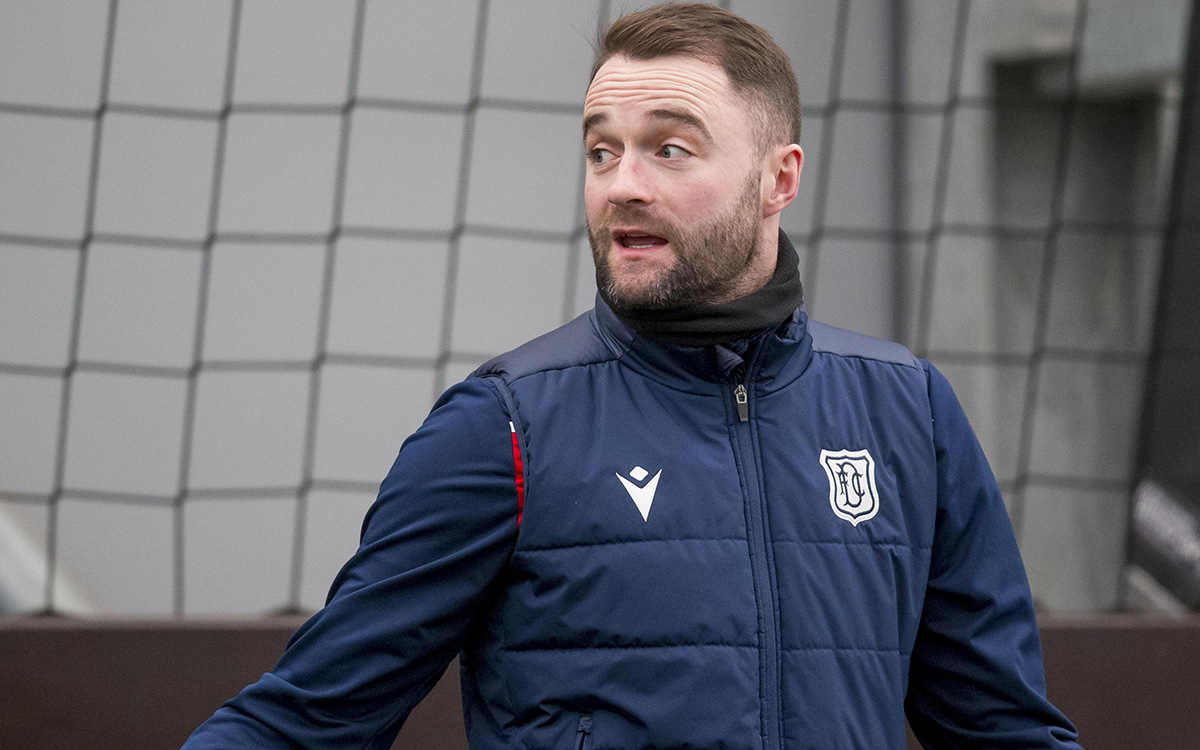 Dundee head into this weekend’s match with Ayr United at Somerset on the back of four matches unbeaten.

The Somerset fixture is the first of two meetings between the teams in four days as Ayr make the journey to the Kilmac Stadium at Dens Park on Tuesday.

Manager James McPake spoke to the broadcast media ahead of Saturday’s match and said all the team are thinking about at this time is the first match up, he said, “We are just looking towards Saturday’s one first. It’s a really tough place to go. We’ve won down there already this season but it’s a difficult venue for every team and you have to be at it.”

“You have to be right when you go down there and they are in the same position as us. They are fighting to get second place and to secure a place in the play offs. We know how difficult it’s going to be be we are confident going down there.”

“I wouldn’t say I’m looking for other results yet because I’m still full focused on us. How our season ends will be completely down to us. It’s in nobody else’s hands but our own and if we keep producing and performing like we are I believe we will have a successful end to the season.”

“At the moment it is all about us and I’m not too concerned about what is going on elsewhere.”

One big miss from Tuesday’s draw with Alloa Athletic was Kane Hemmings. Dundee’s top scorer returned to training on Thursday and the manager confirmed he will return to the match day squad on Saturday, “He’s huge for us. He has been excellent all season. Kane is a really good player to have in your squad, even without his goals, he gets you up the pitch, he bullies centre backs. He has been excellent to work with, firstly as a player and now as a manager.”

“He trained today, he’s healthy and he’ll be in the squad on Saturday.”

The only other fitness concern at the moment for the squad is Jordan Marshall. The long term injury is on the road back and the manager said of his recovery, “He is ahead of schedule, we’ll rescan that in the next week or 10 days and hopefully get him on end stage rehab as well and he’ll be a boost to us as well when we get him back.”