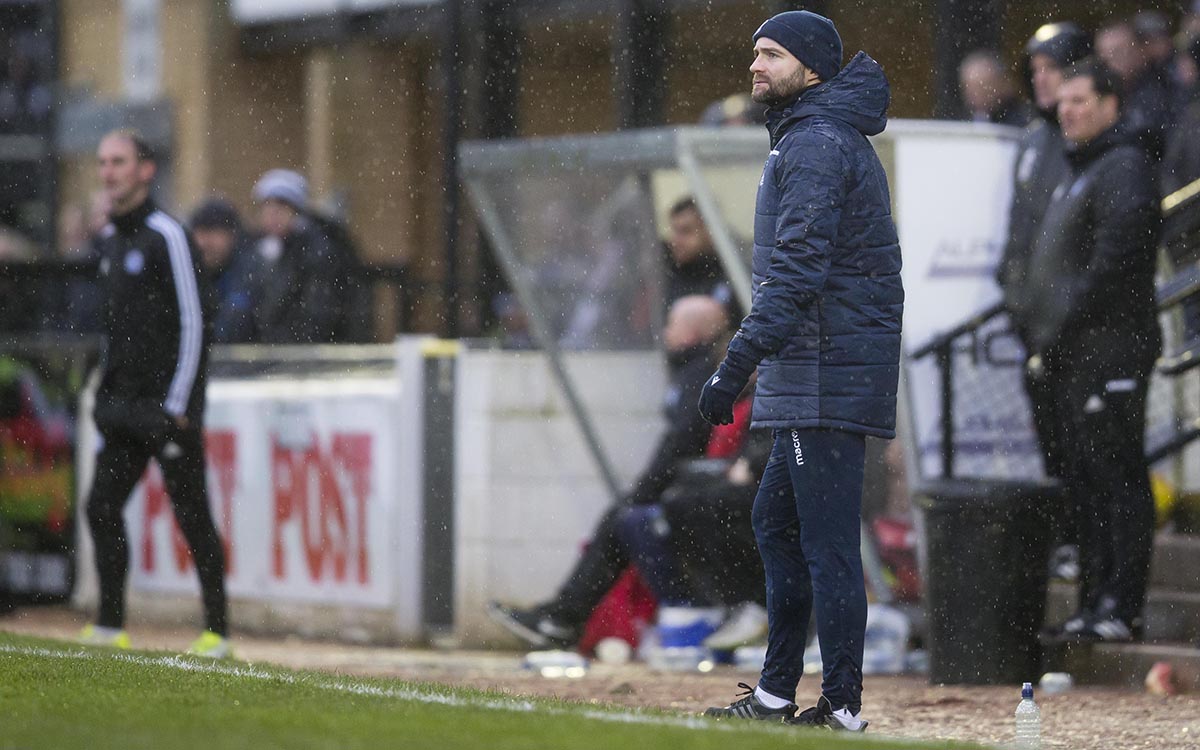 James McPake saw his side record their fourth clean sheet in a row and stretch their unbeaten run to five matches with a goalless draw at Somerset Park on Saturday.

The manager spoke to DeeTV following the match with Ayr United and was asked if he was happy with the point, he said “Given the fact we conceded the penalty and the goalkeeper had a great save from that. You are never happy with a point and performance wise I think it was night and day from Tuesday night but it was difficult conditions and a difficult pitch.”

“Sometime you have to roll the sleeves up and I thought when Kano struck it late on it’s a couple of inches from going in, I thought that was a real chance.”

“We didn’t make them defend enough but we looked solid enough again as a team apart from a few wee errors but it’s tough to play out there. It looked tough for them as well at times when we put the ball in behind them. It will be a completely different game on Tuesday night.”

It back to back 0-0 draw but in very different circumstances for Dundee. Last Tuesday, Dundee completely dominated at home to Alloa but couldn’t find a break through while at Somerset it was a hard fought point in difficult conditions, the manager continued, “It was disappointing given the circumstances on Tuesday night, we had loads of chances. We showed a different side today, we battled for that and what we got today was down to when we needed to be horrible and when we needed to roll the sleeves up. Even when we had the run at the start of the season I don’t think we were as horrible to play against as we are just now, that’s as a team.”

It isn’t a long wait for the teams to see each other again, on Tuesday this week Ayr will visit the Kilmac Stadium at Dens Park, “I think it will be different because the pitch will be better. That’s not having a go that’s just the weather today. We knew this was coming, it was a strong wind and a pitch that they played on Tuesday night. We were down here earlier in the season. It was a similar game to this but we managed to get the three points. I thought that was going to happen again with Kano’s strike, that was probably our best bit of play of the game.”

“Tuesday will be different, we are back at home, if we are anything like we were against Alloa and we can put on a performance the crowd will be right behind us.”