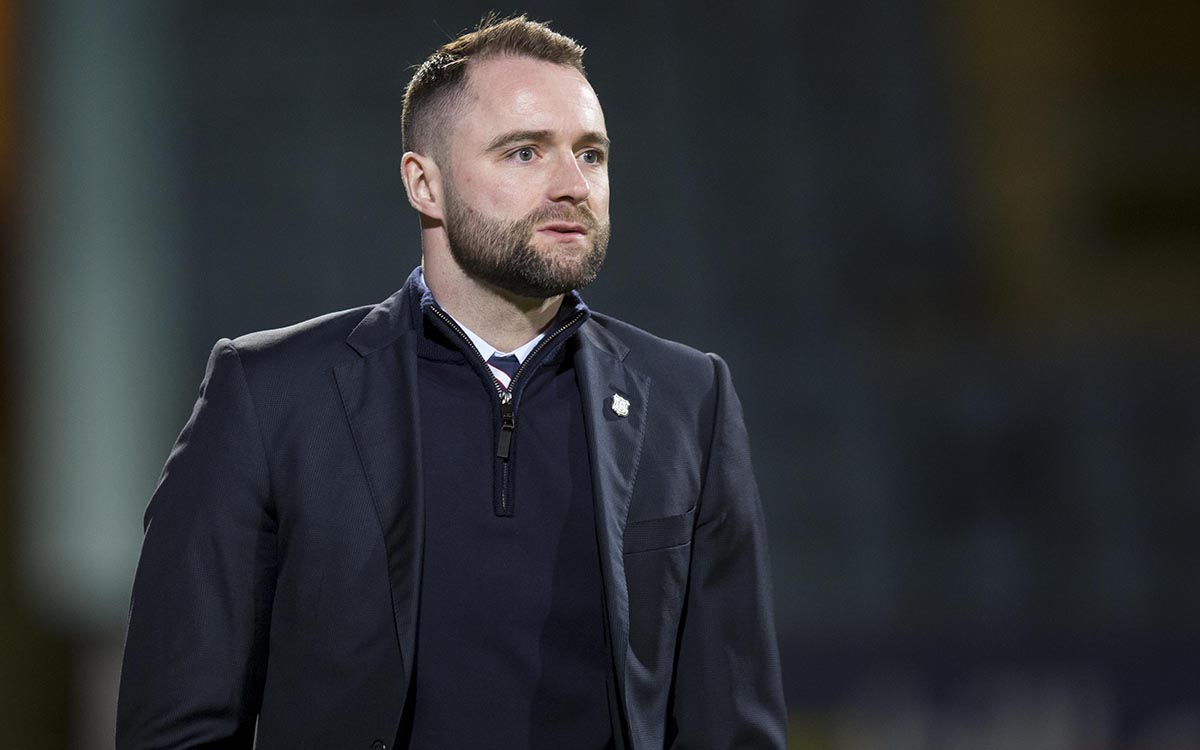 Dundee made it six unbeaten and five clean sheets on the bounce with a convincing 2-0 victory over Ayr United at the Kilmac Stadium at Dens Park on Tuesday evening.

Manager James McPake spoke to DeeTV following the win, he told us, “The three points is obviously what matters but I’m delighted with the performance. The level of consistency we are showing and the drive from the unit and the team to get the clean sheet is great. We topped that up with two goals tonight and it was well deserved. I thought it was a fair reflection of the game.”

“We were a real team tonight and as a team we were great. That’s the biggest thing for me, the team performing that well as a unit. Defensively obviously but going forward as well. We keep creating the chances and we have quality players in the forward areas.”

“Graham showed that at the end with that wee bit of composure. I thought he showed that all night. The play was getting really frantic and even at 1-0 in injury time he is putting his foot on the ball, moving it from side to side and showing his experience.”

“It’s three points, it’s a clean sheet, it’s a win, it jumps us over them but we need to put the foot down. We need to keep going and have that drive to keep improving.”