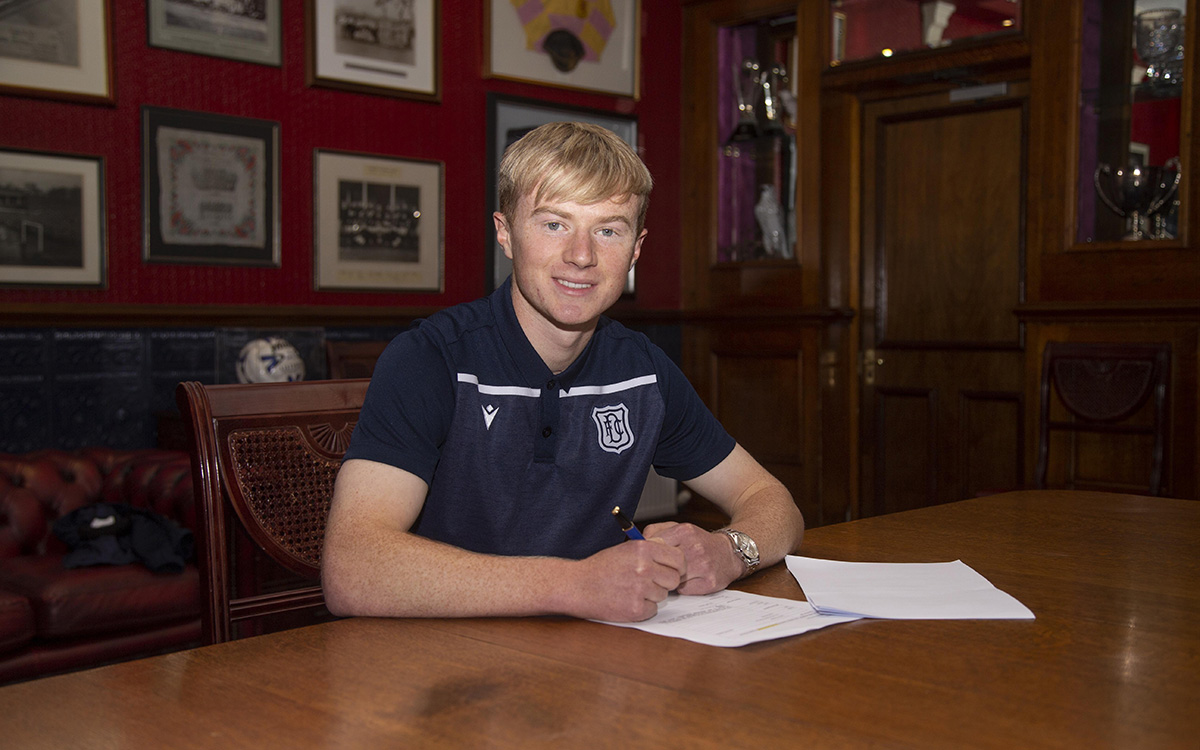 We are delighted to announce Lyall Cameron has today joined Max Anderson and Josh Mulligan in signing a new deal to extend his stay at the club to 2023.

Lyall made his first team debut as a 16 year old away to Raith Rovers in the Betfred Cup at the beginning of the 2019/20 season.

A product of the youth academy, Lyall was an unused substitute on the final day of the 2018/19 season but made his Dundee debut in the first game of the following one.

He went on to make two further appearances for the club last season, one in the William Hill Scottish Cup against Motherwell and his first start for the club against Dunfermline in the Ladbrokes Championship.

His new deal commits his future to the club until 2023.