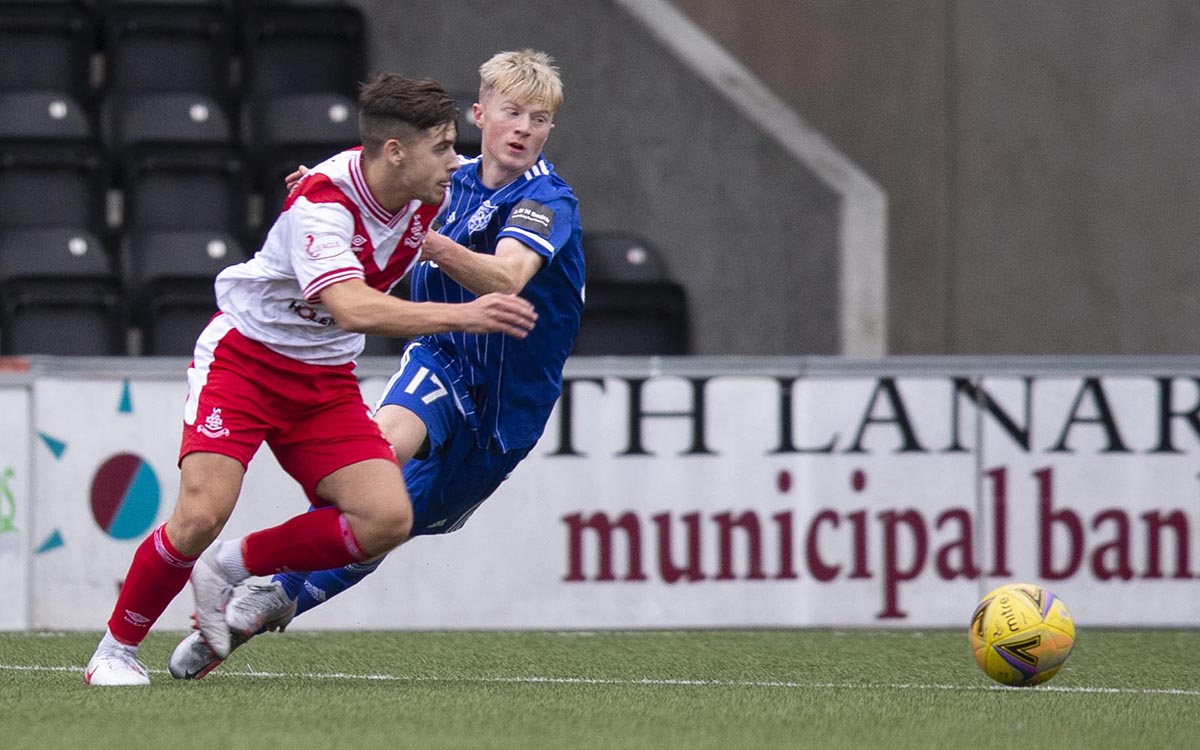 Sam Fisher played his first 90 minutes since returning from an ACL injury and came out of the match with a clean sheet and praise from Forfar boss Stuart Malcolm.

Centre half Sam made his debut following his loan move to Station Park in the Betfred Cup against Hibernian during the week but his first league outing saw him in the starting line up against Dumbarton on Saturday.

The teams played out a 0-0 draw with boss Malcolm saying post match, “Young Sam looked really good out there. Dundee have high hopes for him and rightly so. It is clear he can go on to play at a higher level.”

Elsewhere, Lyall Cameron was a second half substitute as Peterhead went down 2-0 away to Airdrie. He was brought on after 59 minutes.

Another loanee got game time with Michael Cunningham making his Edinburgh City debut against Brechin City less than 24 hours after agreeing to join.

They were 5-1 at Glebe Park when Michael was introduced after 84 minutes. Harry Sharp was an unused substitute for Edinburgh City.

Kyle Fleming was also introduced as late substitute. He came on in the 89th minutes for Annan in their 3-0 win at Cowdenbeath.