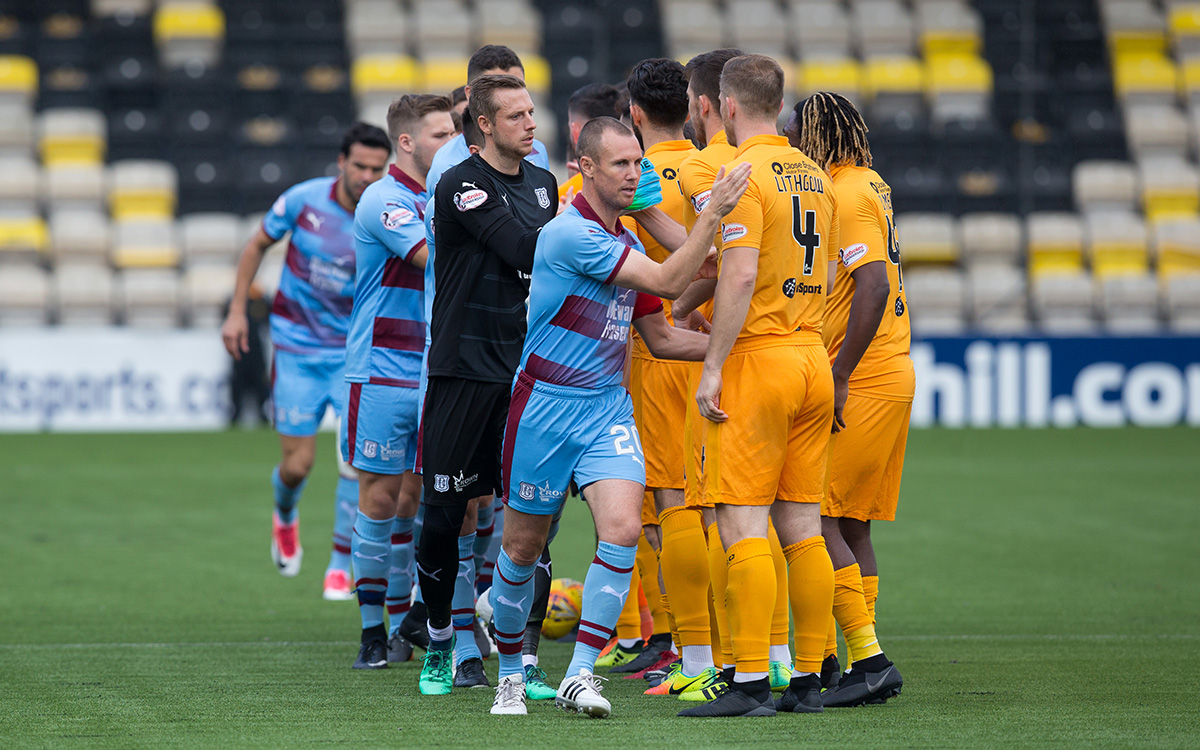 Dundee are back on the road this weekend as we travel to the Tony Macaroni Arena to take on Livingston and here we round up everything you need to know ahead of the match.

Tickets will be available at the ground on the matchday via a ticket pod which opens at 12.30.

Ambulant disabled supporters will pay the age appropriate price with any required companion free of charge.

The Tony Macaroni Arena is easily accessible from across the country, situated within a 10 minute drive of the M8 motorway which links Edinburgh and Glasgow.

From the east and west exit the M8 at junction 3 (Livingston). Take the A899 (south) and follow the signs for St John’s Hospital and the stadium

Dundee and Livingston served up a goalless draw in the Boxing Day fixture at the Kilmac Stadium at Dens Park. Chances were hard to come by and both teams went closest with shots from distance when Nathan Ralph struck the crossbar for Dundee and Steven Lawless did the same for Livi.

Sent off: Hamilton (off the ball foul on O’Dea)

Livingston’s season started with a 2-1 Betfred Cup win away at Airdrie and they topped their League Cup section after a penalty win over Hamilton and victories over Annan and Berwick.

Livi’s return to the Premiership saw them travel to Celtic Park for the opening game and after the champions unfurled their flag, dispatched The Lions by three goals to one.

Livi’s first Premiership home game saw them pick up their first point in a 0-0 draw with their Kilmarnock before losing 1-0 at home to Motherwell in their next game to knock them out the Betfred Cup.

Two days after that League Cup defeat Livingston parted company with their player/manager Kenny Miller after he refused to revert to a full time manager and he was replaced by former Falkirk manager Gary Holt.

Holt had an excellent start his managerial job in West Lothian with a 2-0 win at St Mirren which was followed up with two wins at the Tony Macaroni Arena against Hibs and Hamilton.

Livi kept their momentum up with a 0-0 draw with league leaders Hearts at Tynecastle, the first points the Jam Tarts had dropped, before a memorable 1-0 home win over Rangers and followed that up with a 1-1 home draw with Motherwell before the international break.

Livingston’s home form became key to their success and after wins over Dundee, Motherwell and St Mirren and a draw with Celtic, romped to a 5-0 win over Lothian neighbours Hearts.

Their last game before Christmas saw a 1-1 draw with Hibernian at Easter Road before another draw, this time 0-0 at Dens Park on Boxing Day.

After the winter break Livi exited the Scottish Cup with a 1-0 loss away at Hearts and their Premiership campaign restarted with same scoreline in Perth.

Livingston have failed to win any game since the break with defeats to Rangers and Motherwell and then a 0-0 draw with Hearts at Tynecastle.

Livingston are not producing a matchday programme this season but do produce a free online version that can be downloaded from their website.