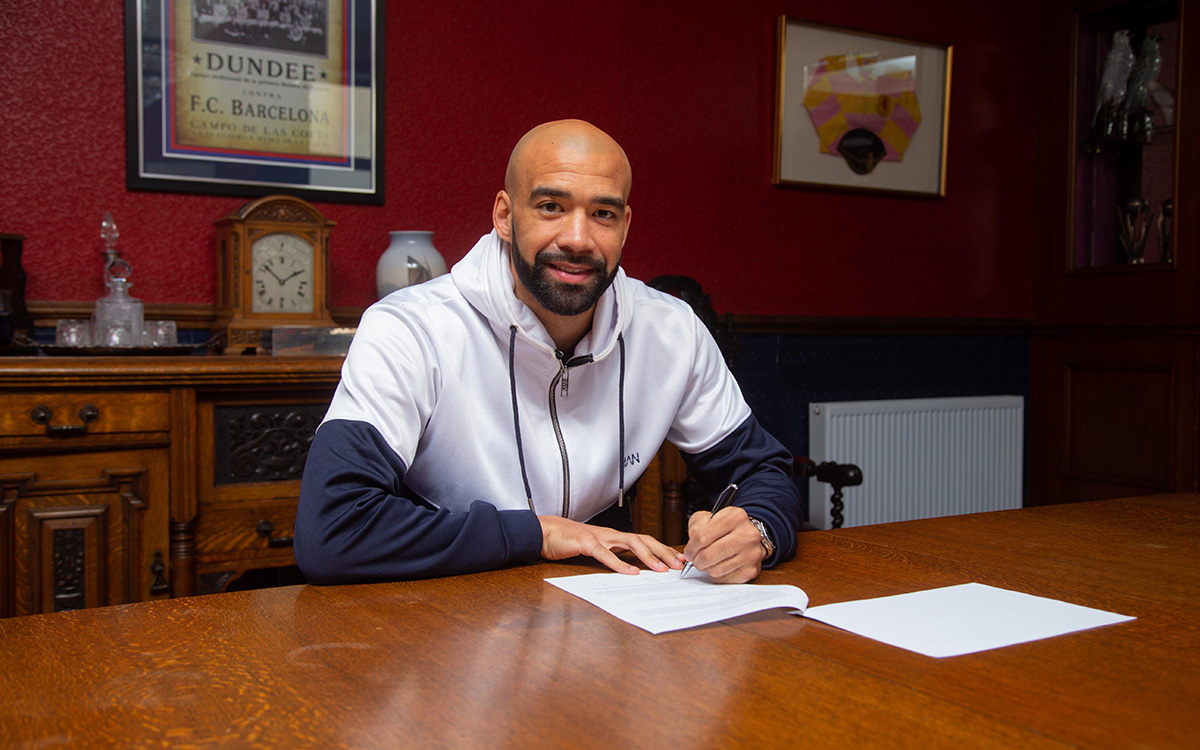 We are delighted to announce that Liam Fontaine has today signed a contract extension that will keep him at the club for the 2021/22 season.

Liam has been a consistently high performer since joining the club in November of last year.

He struck up a partnership with Lee Ashcroft in central defence which was vital during the run in which saw Dundee gain promotion back to the Premiership.

After signing in November, Liam made his debut as a substitute against Ayr United and went onto find a scoring touch early in his Dens Park career.

Scoring his first goal against Inverness CT, he added another two in the following the three games. Those coming against Dunfermline and Alloa.

In late April he scored a vital goal against Raith Rovers at the Kilmac Stadium.

Liam put pen to paper this morning, less than a week after one of his best performances in dark blue help the side to promotion over Kilmarnock.