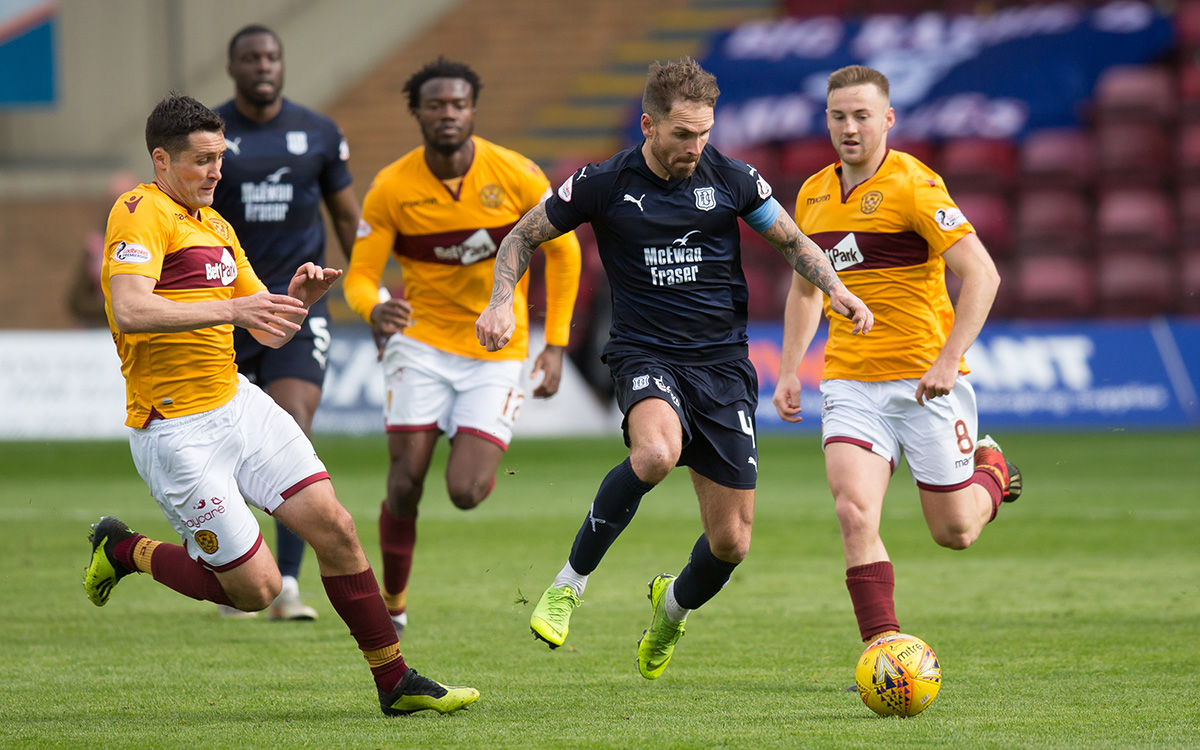 The Dark Blues went down to a bitterly disappointing 4-3 defeat at Motherwell this afternoon, losing out to David Turnbull’s winner four minutes into injury time. Dundee had taken the lead twice in the first half, through a Martin Woods penalty and Ethan Robson, but each time Well pulled out an instant equaliser, first from Turnbull and then from James Scott. Gboly Ariyibi put Motherwell ahead for the first time early in the second half only for Nathan Ralph to level the scores within two minutes. Dundee failed to take advantage after Alex Gorrin picked up a second yellow card and as they chased a winner they were caught out by a sucker punch when Turnbull scored his second.