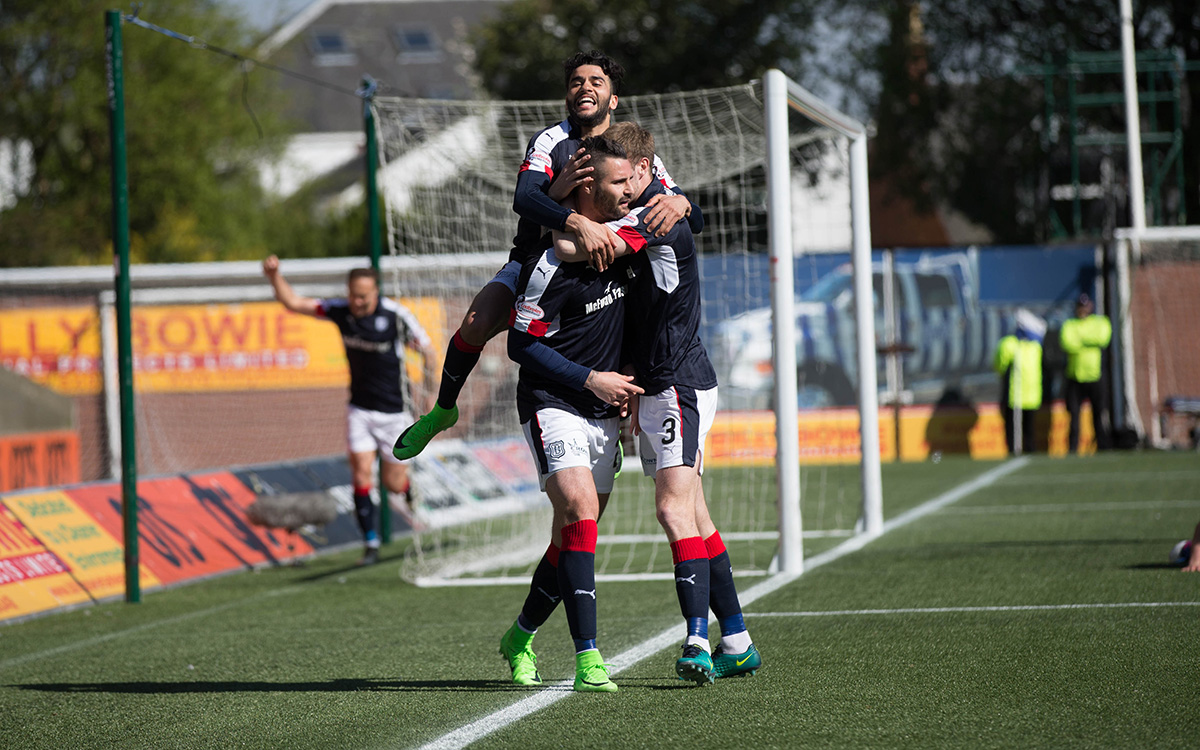 Dundee travel to Ayshire to take on Kilmarnock in the Ladbrokes Premiership on Saturday and here we round up everything you need to know ahead of the match.

Use KA1 1UR as the postcode if you are travelling to Rugby Park, this will take you to Dundonald Place and the south entrance to Rugby Park.
Please note that there is restricted access on match days. There is also no access to Rugby Park by way of Rugby Road (KA1 2DP) on match days.

Rugby Park is less than 1 mile from Kilmarnock train station. Travelling from Dundee, you need to get a train to Glasgow Queen Street, change and walk down to Glasgow Central and get train to Kilmarnarnock from there.

The Dark Blues richly rewarded the noisy and passionate travelling support with a battling, deserved 1-0 win over Kilmarnock at Rugby Park in Neil McCann’s second game in charge last May. Marcus Haber scored the winner early in the second half. But it was Scott Bain who secured the points with two magnificent saves late in the match to give the Dee their first clean sheet of 2017.

Kilmarnock’s season started with a disastrous Betfred Cup defeat to League One Ayr United 1-0 at Somerset Park but recovered to beat Dumbarton, Annan and Clyde to finish second in their group and qualifying for the knock out stage as one of the best runners-up.

Losing to local rivals Ayr cost Killie a seeding for the second round draw and as a consequence ended up being paired with Celtic away from home and lost 5-0 at Celtic Park.

In the Premiership Killie’s league campaign started with four home games but lost back to back games against St Johnstone, Hearts and Celtic before picking up a point against Hamilton after throwing away a two goal lead.

After losing away at Motherwell after the international break, Killie picked up their second point of the campaign with an encouraging draw against Aberdeen at Pittodrie and will be looking to build on that against Dundee.

Tickets are now available for the match against Kilmarnock at Rugby Park on Saturday 23rd September 2017, kick off 3pm.

Tickest can be purchased from the Ticket Office inside Dundee Direct and supporters are encouraged to buy tickets in advance.

Dundee fans will be housed in the Chadwick Stand

Kilmarnock’s 2017/18 match programme is a 48 page full colour edition. Priced £3 it will be available in the Kilmarnock club shop outside the main stand and in and around Rugby Park from 1.30pm.