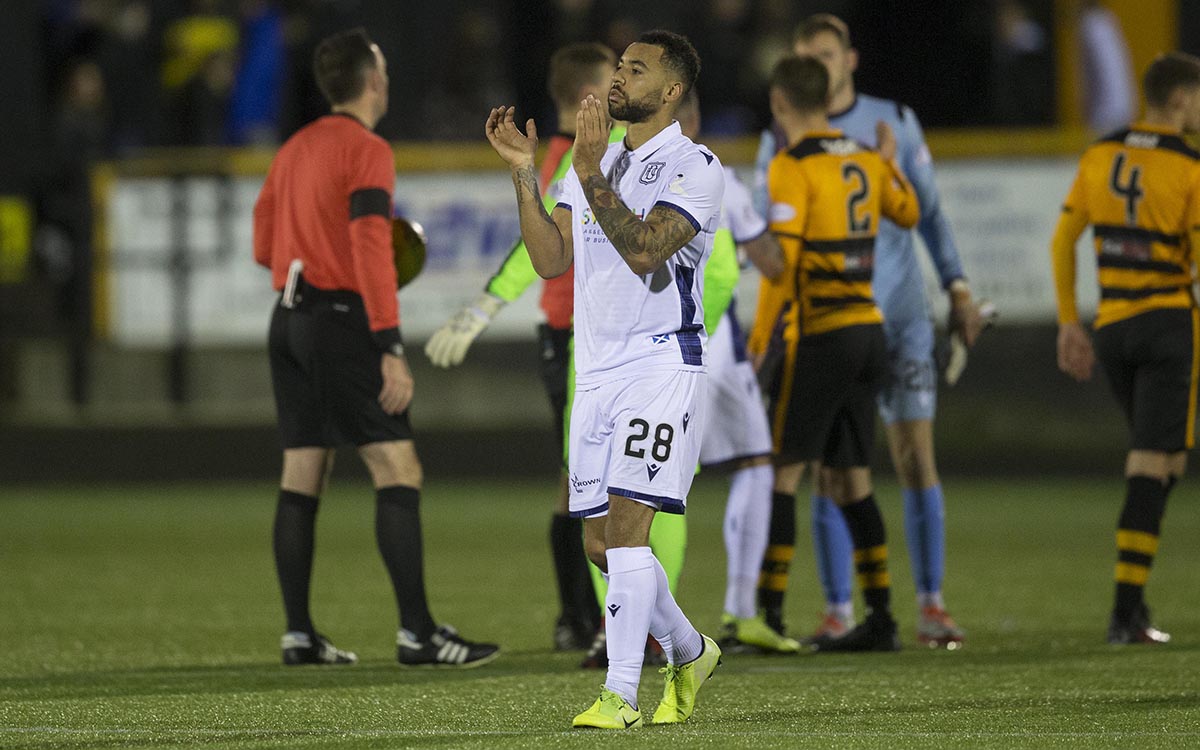 Kane Hemmings scored a double as Dundee ran out 3-0 winners at Alloa on Tuesday night.

Despite being back amongst the goals the strikers first reaction when he spoke to DeeTV post match was one of frustration that he hadn’t taken home the match ball following a late chance which went over the bar, he said, “Raging I didn’t get the one at the end but always happy to get on the scoresheet.”

His performances in recent weeks have been good but until Tuesday he has only found the net once since his return to the club, that isn’t something that was a massive concern to Kane, he continued “I’ve been happy with my performances in recent weeks, it’s just the goals have been missing and ultimately you’ll always be judged of scoring goals. It’s not something I’ve been too bothered about really. I’ve had a couple of chats with the manager and he has confidence in me to score goals given the opportunity, tonight was one of the games that I had a couple of opportunities early doors and stuck them away, hopefully I can get some more in the coming weeks.”

Jordan Marshall put in a fantastic cross for the second goal and Kane showed his appreciation as he celebrated with the left back, Kane said, “I’ve been on at him for weeks to put the ball in early when the defenders are running back the way, it makes it a lot harder for the defender and a lot easier for me and he put a great ball in for the second. Deccy put a great ball in at the end and I should finish it for the hat trick but it wasn’t to be.”

“It’s a tough place to come and we’re delighted to get the three points.”

“Alloa are are good team. This is a hard league, everyone can beat anyone. It doesn’t matter if it’s Alloa, Inverness or Dundee United, anyone can beat anyone. You have to be at it every single game and I think the last couple of weeks, apart from last five minutes against Partick Thistle, we’ve been excellent, we recover now and go again on Friday.”

“Any league in the world if you go away two games in a row and get six points you’ll be delighted.”

Subscribers can watch post match video interviews with Kane and James McPake, along with highlights and a full match replay on DeeTV – click here