Juliussen to enter Hall of Fame 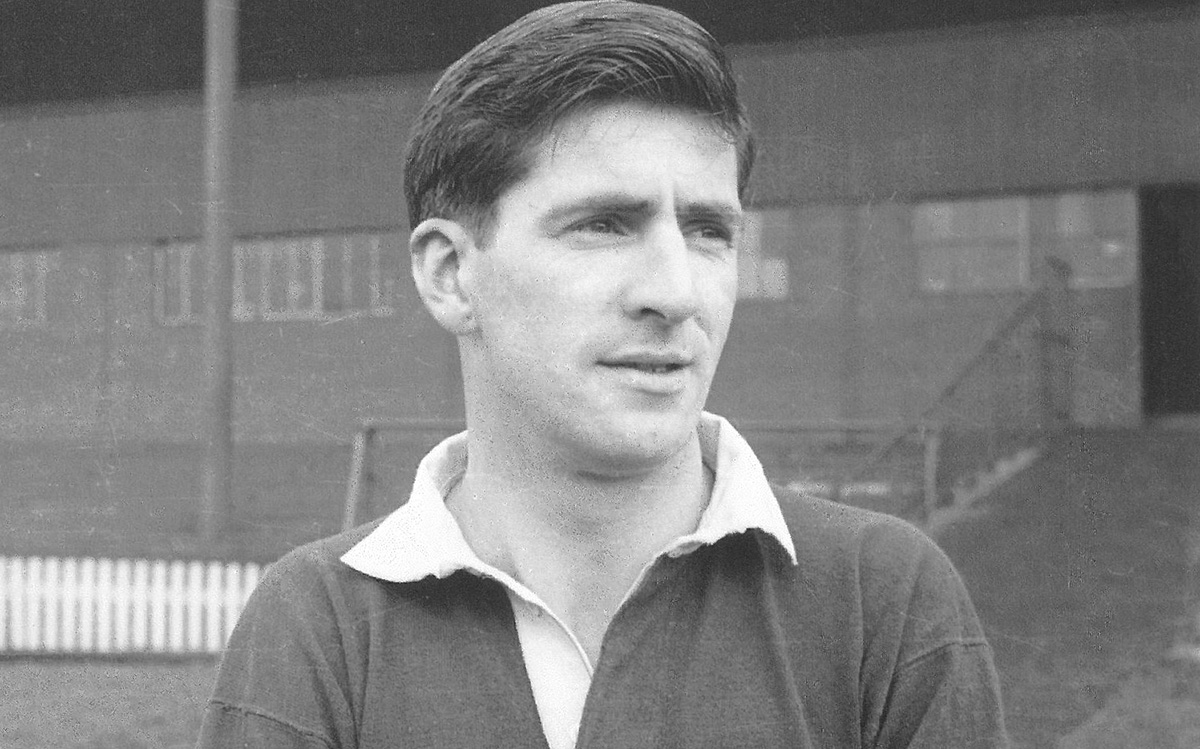 Dundee Football Club are delighted to announce that Albert Juliussen is to be inducted into the Hall of Fame with the Heritage Award at our event which will take place on Friday 29th March 2019 at the Invercarse Hotel. For full details for buying tickets – click here

Albert Juliussen was a real ‘Roy of the Rovers’ post war hero to the Dundee support when he scored an incredible 95 goals in 73 competitive games (plus another 33 goals in Forfarshire Cup, Dewar Shield and friendly matches) and was top scorer for The Dee for three years in a row from 1945/46 to 1947/48. He was part of a free scoring Dundee side which won back to back Scottish League B Division championships and has the best goal ratio of any Dundee striker who has played more than 20 goals for the club with an average of 1.3 goals per game.

Juliussen was born in Blyth in Northumberland in 1920 and was the son of Norwegian parents and began his senior football career with English top division side Huddersfield Town, joining them from Cramlington Black Watch in 1938.

However the outbreak of war was to prevent ‘Julie’ making his mark in England and he found himself stationed in Dundee and Perth with the Black Watch as a PT instructor. He soon became part of their all conquering regiment team which played most of their games at that time at Dens Park and in one incredible army game scored six goals in the first half for a 6-0 lead and 45 minutes later it finished 6-5 with Albert having scored all 11 goals having been ordered to switch sides at half time!

City rivals Dundee United were first off the mark to spot his potential and he officially joined the Tannadice side on loan for the remainder of the war years. His goal scoring prowess was immediately displayed to the Dundee public when he scored six in one match against St Bernards in a Scottish League North-East Division match, scored five against Rangers before being carried off and is the only United player to ever score a hat-trick against Aberdeen.

Dundee boss George Anderson soon had the giant centre-forward in his sights upon the club’s resumption towards the end of the war and was signed for a club record fee of £3,000 from his parent club Huddersfield.

He signed for The Dee on the morning of the first game of the new 1945/46 season and made an astonishing start to his Dark Blue career when he scored with his first touch of the ball in a 2-1 home victory over East Fife.

The powerful Juliussen was typical of centre-forward of that era. Exciting to watch and possessing a tremendous left foot shot and in one match against Alloa knocked out keeper Frank Harper three times with howitzers which all ended up in the back of the net. The Englishman’s shoot-on-sight policy brought him 42 goals out of Dundee’s seasonal total of 120 as The Dee won the B Division title by ten points from East Fife.

Dundee had been relegated to the second tier on the eve of the Second World War in 1938 but the first full season back upon the cessation of hostilities was considered by the Scottish League to be ‘unofficial’ as clubs were given a year’s grace to ‘put their house in order’. With so many guests and loan players at most clubs and many players still in military service, it was decided that there was to be no promotion and relegation in the 1945/46 season and if Juliussen and Dundee wanted to return to the top flight, they would have to win the league all over again.

Incredibly however Dundee did just that and this time bettered the previous season’s goal tally 130 goals in 35 league and cup games.

On the way to winning their second championship, Dundee put themselves into the record books with astonishing back to back 10-0 victories. On Saturday 8th March Dundee ran up a 10-0 win over Alloa Athletic at a muddy Recreation Park and Juliussen, who had recently been playing at outside-left, celebrated his return to the centre with six cracking goals.

This was a Dens Park club record but incredibly the 10-0 scoreline was repeated in the next game a fortnight later at home to Dunfermline and once again Juliussen was in sensational form by going one better with seven goals! The Dunfermline goalkeeper at one point saw Albert bearing down on his goal and stepped out of the way saying “You can have it”. If you’d read that as a storyline in Roy of the Rovers, you wouldn’t have believed it.

Dundee were back in the big league but they had already confirmed their top flight credentials when they defeated A Division side Celtic 2-1 in the Scottish Cup on Burns Day in front of 36,000 at Dens.

In the quarter-final Dundee drew another A Division side in the guise of Aberdeen who had already knocked the Dark Blues out of the same stage of the League Cup and it was a match in which The Dee were keen for revenge. The game however went down in the record books as the first British cup tie to be decided on a ‘golden goal’ when the clubs agreed to a sudden death scenario to a replay due to a fixture pile up after they were level one each after 30 minutes extra time.

It was The Dons who got the historic goal when Williams scored with 129 minutes on the clock but Dundee were unlucky with the deadly Juliussen taking considerable punishment from Aberdeen’s close marking tactics.

Juliussen finished top scorer for the second season in a row but this time he shared that honour with strike partner Ernie Ewen, with both scoring 33 times – although ‘Julie’ played 12 games less and sometimes at outside-left.

It wasn’t just in the league that the tall, long striding forward was prolific when he scored four goals unusually in two Forfarshire Cup Finals in the same season. In April Juliussen scored four in a 6-1 win over Forfar in a final held over from the previous season and then a month later scored four again in the 1946/47 final in a 5-0 win over Dundee United in front of 14,000 at Dens.

Dundee’s first season back in the A Division saw them finish a credible fourth and ‘Julie’ was again top scorer with 20 goals in all competitions, proving he could score as easily in the top flight. Towards the end of the season he had indicated to George Anderson that he wished to return back south and just after scoring in his last game against Falkirk in March, signed for Portmouth for a fee of £10,000; £7,000 more than Dundee had paid for him three years earlier and a record fee received for a Dundee player at that time.

‘Big Julie’ had scored spectacular goals and was a big favourite amongst the Dundee support and although his departure sparked a barrage of criticism, George Anderson was adamant that there was no room for unhappy players at Dens.

Albert Juliussen was a goal scoring machine in his time in Dark Blue and his seven goals against Dunfermline is a joint club record (with Alan Gilzean) for most goals in one match. He brought hope and joy to a war weary Dundee footballing public who were grateful for the goals that fired Dundee back into the big time.