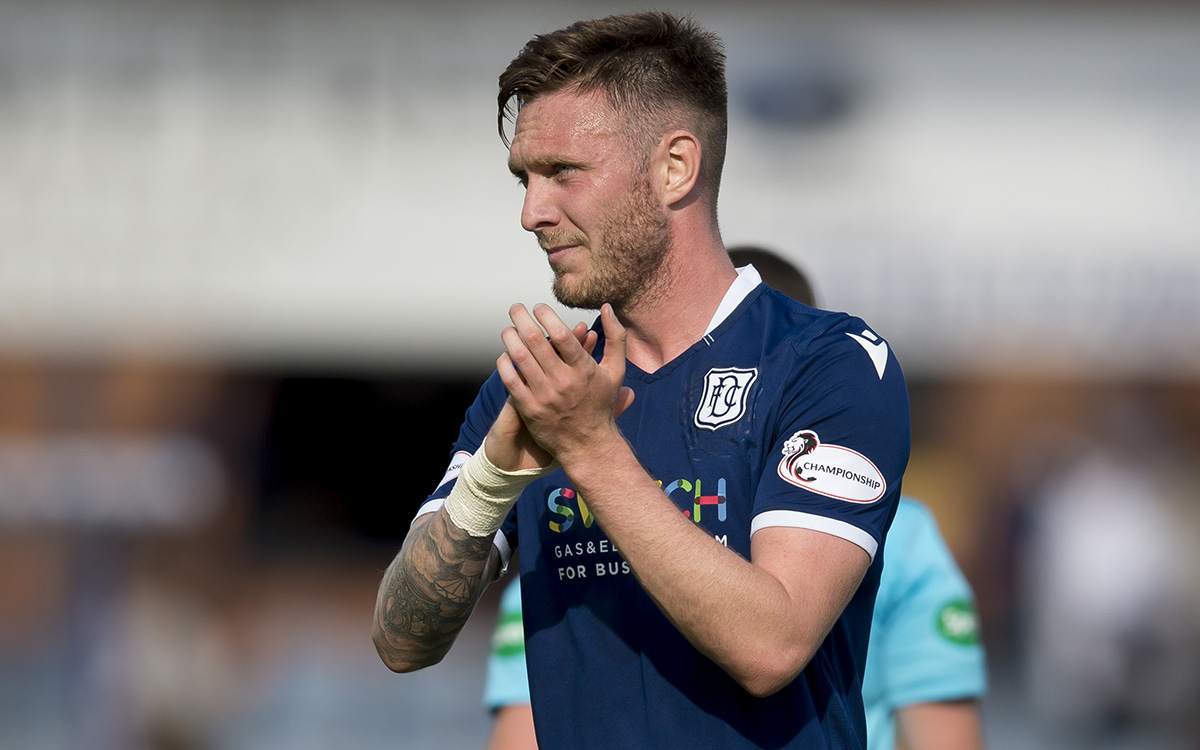 Jordan McGhee has won the Player’s Player of the Year award for the 2019/20 season.

In what was meant to be the final week of the scheduled Ladbrokes Championship season we are announcing are award winners who would normally pick their awards up at the DSA Player of the Year awards night.

Due to circumstances, the event was cancelled and we are announcing the winners on our official channels this week.

The Player’s Player award is voted for by the first team squad and this year saw 8 different players chosen with Jordan picking up the most votes from his team mates.

Jordan joined the club in the summer following his departure from Falkirk and has impressed throughout the campaign with his consistent displays.

He has featured in a number of different positions but the majority of his appearances came in the centre back role. Jordan made his debut in the Betfred Cup Group stage when he played in 3 of the 4 matches as the team kept clean sheets in all the group games.

He went on to play a total of 30 matches for the club, in those matches the team kept 10 clean sheets and Jordan found the net twice.

The winner against Alloa was his first for the club and a few weeks later he scored in a 1-1 draw against Queen of the South at Palmerston.

Jordan joins Scott Bain, Glen Kamara and Nathan Ralph in picking up the award which began in 2017.