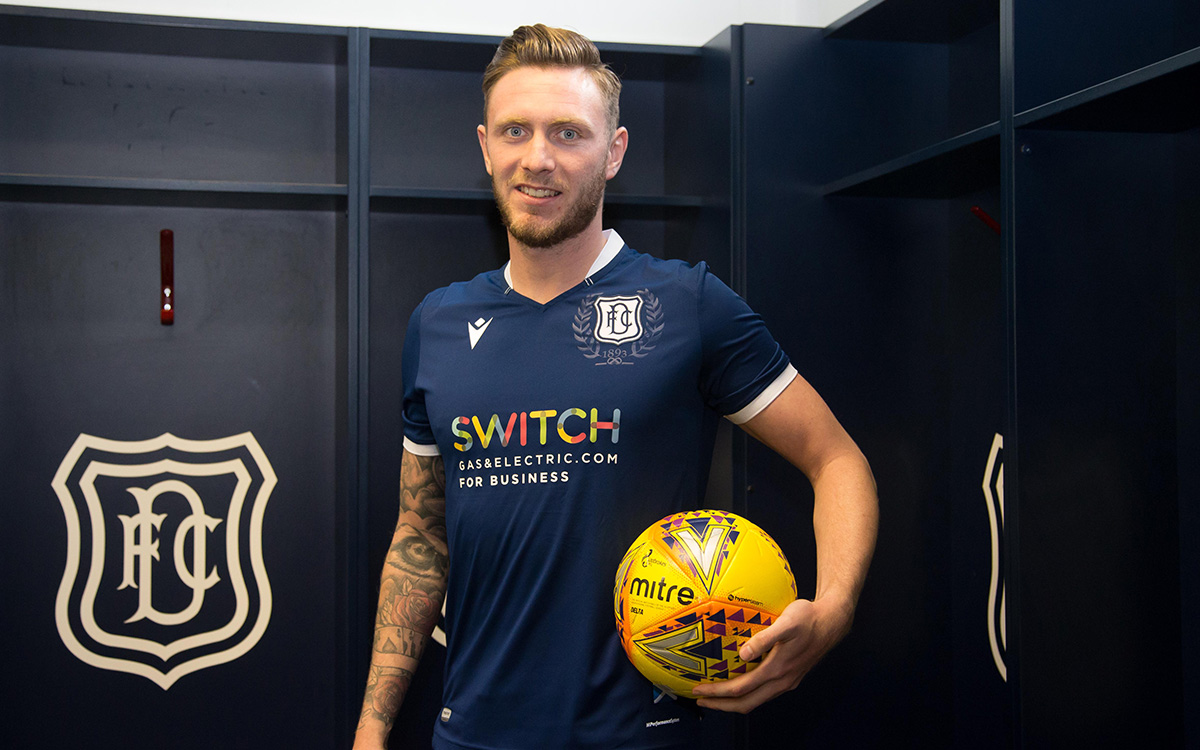 Dundee Football Club are delighted to announce the signing of Jordan McGhee.

Defender Jordan signed after leaving Falkirk where he was club captain.

He broke into the Heart of Midlothian first team in 2013 when he was just 16 and went on to play over 70 times for the Tynecastle club.

Jordan was part of the Hearts side which won the SPFL Championship title in 2014/15 and was a regular the following season in the top flight.

During his spell in Edinburgh he received a lot of interest from down south with offers being rejected before spending the 2016/17 season on loan at Middlesbrough.

In 2017, he joined Falkirk and played 79 times in the last two seasons, being handed the captaincy in January of this year.

Jordan has signed a two year deal with the club and will wear number 3 in the 2019/20 season.