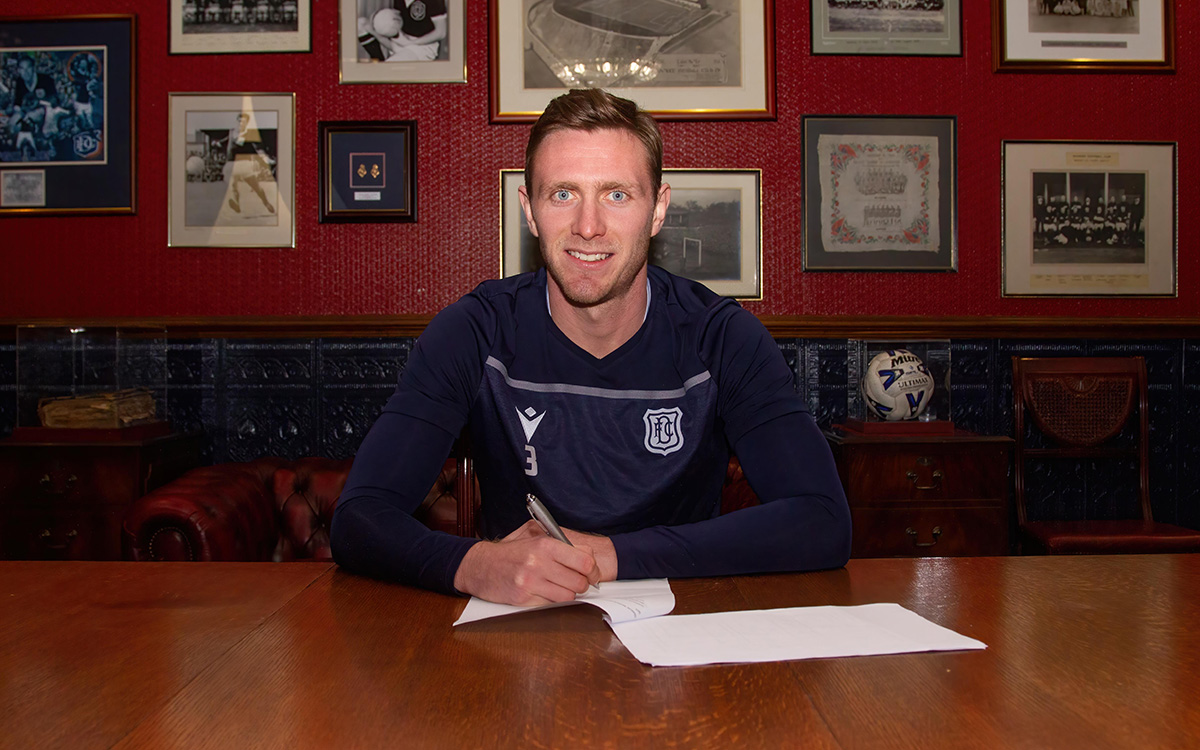 We are delighted to announce that Jordan McGhee has signed a two year contract extension.

Jordan joined the club in the summer of 2019 and went on to have an impressive debut season at Dens, picking up the Player’s Player of the Year award.

He’s made 13 appearances this season and has recently impressed in a role further forward on the pitch, scoring against Inverness CT and Hearts.

Jordan’s new deal has seen him commit his future to the club until 2023.