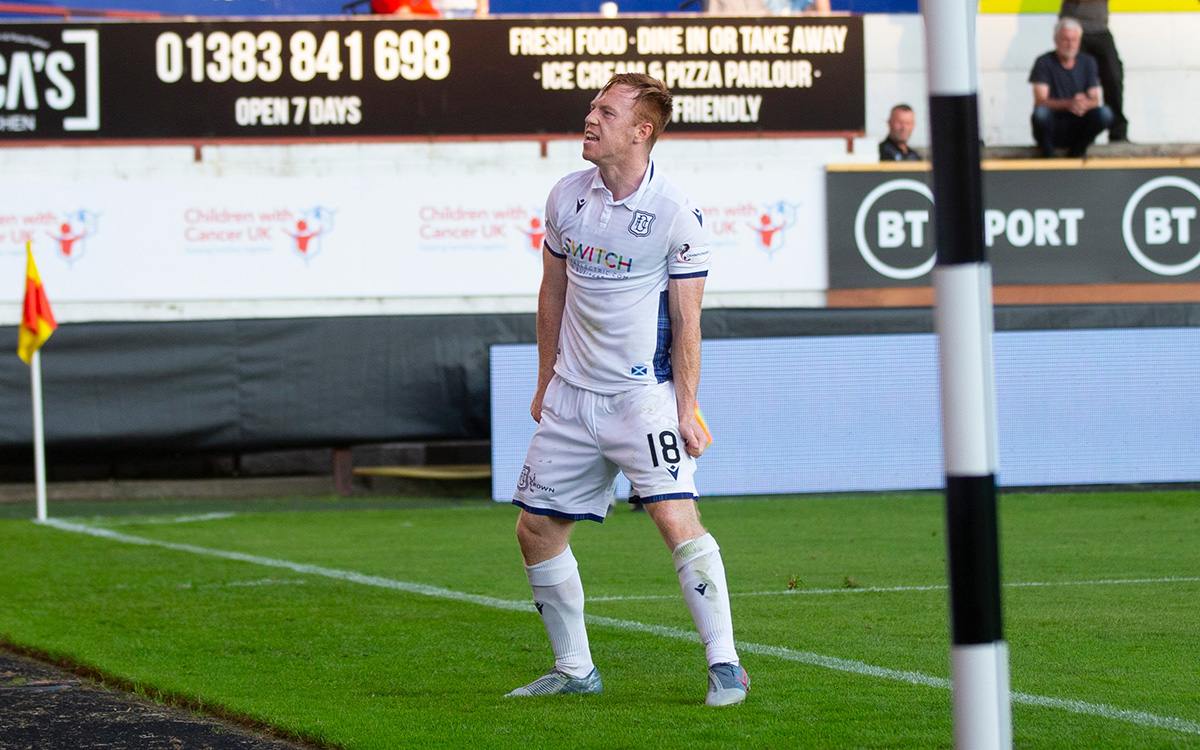 Johnson on the spot

Dundee and Dunfermline played out a thrilling 2-2 draw to open the Championship season at East End Park. The Pars raced to a deserved two goal lead through Ryan Dow and Kevin Nisbet in a first half in which they were outstanding. The Dee were relieved to reach the interval only one goal behind when Danny Johnson converted a penalty right at the end of the half. The Dark Blues reorganised and dominated the second half, but needed a second Johnson penalty to rescue a point.