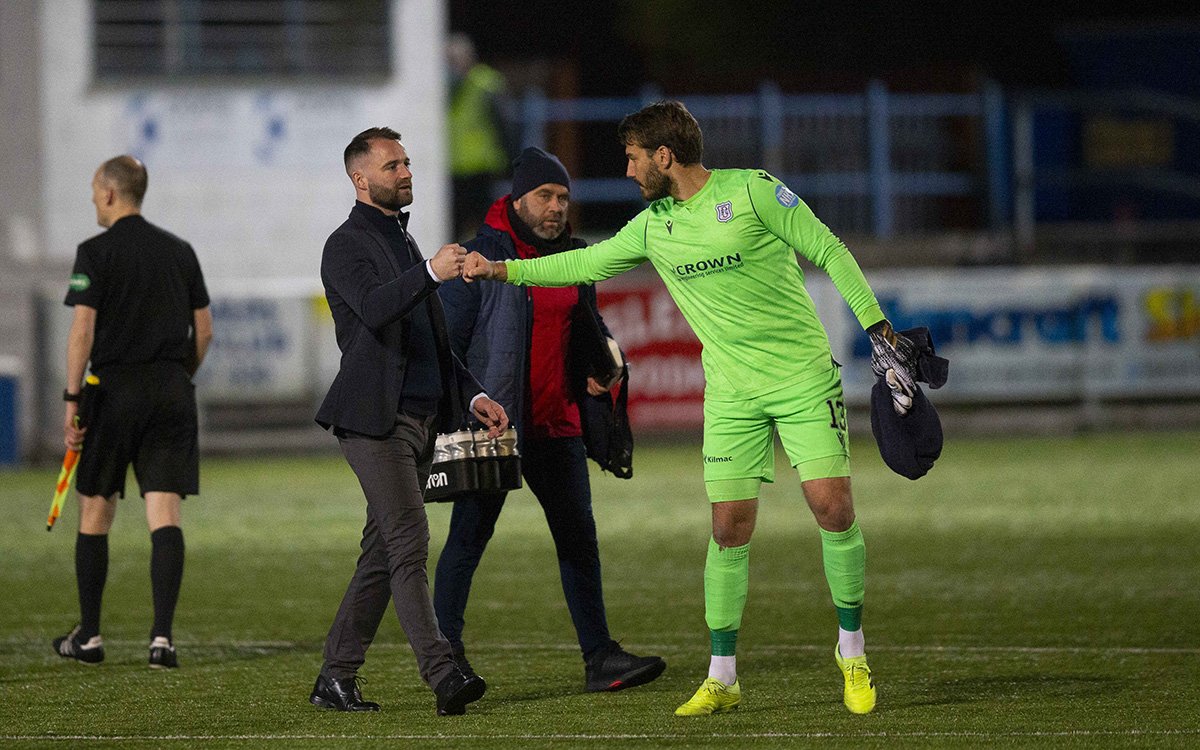 James McPake led his side to another victory on Friday night to secure 2nd place in the table and head straight into the Semi Final of the Premiership play off.

The victory in Dumfries paired with Raith’s defeat in Hearts meant Dundee leapfrogged the Kirkcaldy side and finished in 2nd.

The manager spoke to DeeTV following the match and said, “Job done for tonight. We knew it was irrelevant what happened elsewhere if we didn’t come down here and get the three points and that’s what we did.”

“It was a professional performance, it was a strange game at times because they are safe in the league and played with a bit of freedom.”

“They have some dangerous players as you can see but I thought he handled to ball really well. We had loads of chances in the first half in particular. We were a little wasteful but 2-0 in front I genuinely didn’t feel troubled at all.”

The victory extended the unbeaten run at the end of the scheduled season to eight but the manager was keen to point out his delight at the performances in those matches, he continued, “I think the performance level has been really good and really consistent. Yeah there has been bits and pieces in games and if I look back maybe the Dunfermline game and the Morton one, we weren’t quite at it but those two points helped. When the pressure was really on, we have to give massive credit to the players. Not just the ones that started tonight but the group.”

“The real pressure games, the big games. People will say every game is a big game when you are the Dundee manager, which they are, but certain games carry a different weight, like Saturday, we knew if we didn’t win the game Raith were 2nd, you win the game.”

“We knew tonight if we came down here and didn’t win you don’t give yourself a chance of 2nd so we did our job and we’ve finished second. We’ll let them fight out a fife derby and we’ll see the winner in 12 days time.”