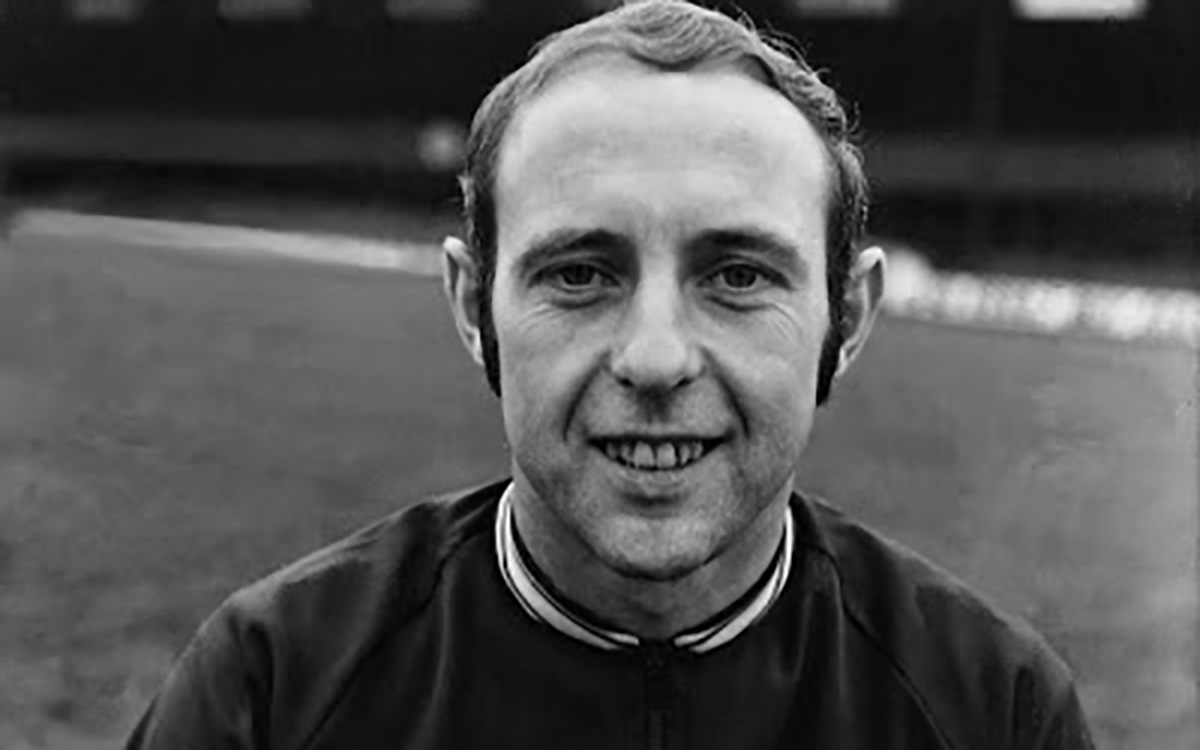 Jim joined Dundee in 1965 before leaving for a second time in 1971 but not after scoring in a major Cup Final, playing in European semi-final and finishing as top goal scorer in 1966/67 during his three seasons as a player at Dens.

Born in Larkhall on April 21st 1937, James Yuille McLean grew up in the nearby South Lanarkshire village of Ashgill. He served his time as an appreciate joiner while serving his football apprenticeship with Hamilton Academical and the inside forward scored 57 league goals in 129 appearances during four years at Douglas Park.

In 1960, McLean joined Clyde where he played for five years and in 1965 he got the chance to become a full time footballer for the first time at the age of 27 when he joined Dundee in a £10,000 deal. McLean had caused Dundee problems in the past and would make his Dark Blue debut against Dundee United at Dens on September 11th on the left wing.

McLean scored his first goal for the Club a month later in a 2-0 home win over Falkirk and by the end of his debut season had notched eight goals which included a brace against East Fife in a 9-1 Scottish Cup win.

Before the end of that season, Dundee’s player of the year Charlie Cooke became another high profile player to depart for London and join Chelsea and so following season, McLean became Dundee’s main attacking threat. He would finish the 1966/67 season with 17 goals in 36 games (plus one in the Forfarshire Cup), finishing four goals ahead of Jocky Scott and seven in front of both Kenny Cameron and Andy Penman who had been the previous year’s top marksman.

Season 1967/68 was a historic one for Dundee as they reached the Scottish League Cup Final and the Inter-Cities Fairs Cup semi and McLean played his part, eclipsing his previous year’s goals total by one, scoring 18 times. This number was all the more impressive when you consider that he now played in a much deeper role since the signing of George McLean from Rangers who would take over Jim’s mantle as top scorer with 35 goals.

The arrival of George ‘Dandy’ McLean saw Jim ‘Beano’ McLean drop back into midfield alongside the energetic Steve Murray and he was the only Dundee player to play in all 55 competitive games. McLean was a studied footballer, although never universally popular with the fans, once famously gesturing to the South Enclosure but he adapted well to his new midfield-general role.

McLean himself in his autobiography put his unpopularity at Dens down to the players he supposedly replaced, as having been treated to the talents of Alan Gilzean and then Charlie Cooke, the Dundee support saw their heroes replaced with the likes of McLean, who by his own admission, wasn’t in their class. However, his career at Dens was a decent one with 43 goals in 120 appearances and amongst those goals was a strike against Celtic in the 1967 League Cup Final.

On route to Hampden, McLean was on target six times, including a penalty in the 3-1 semi-final win over St Johnstone at Tannadice and having also scored in the quarters against East Fife, his goal in the Final was his third in three games and seven overall in the League Cup.

It wasn’t to be lucky seven however as The Dee went down 5-3 to recent European Cup winners Celtic in one of the most exciting finals ever played at the National Stadium.

In front of 66, 000, including 10, 000 from Dundee, Celtic raced into a 2-0 lead within ten minutes but on 25 minutes, Dundee pulled one back through George McLean. It stayed like that until midway through the second half when Steve Chalmers gave The Bhoys a 3-1 lead but shortly after, Dundee were back in the game again when Jim scored from close in after a corner.

Bobby Lennox then pounced on a defensive mix-up up to make it 4-2 before George McLean got his second for Dundee. Almost the whole Dundee team pushed up in a desperate attempt to equalise but were cruelly punished when Willie Wallace finished the scoring to make it 5-3.

Three days after the Final, Dundee hosted Royal Leige in the second round of the Fairs Cup, the forerunner of the UEFA Cup. In the first round Dundee had been drawn against DWS Amsterdam and after losing 2-1 in the Dutch capital, won the home leg 3-0, with two goals from Jim McLean.

Leige were impressively despatched 3-1 and 4-1 over the two legs and after winning both legs of the quarter-final 1-0 against FC Zurich, The Dee met Don Revie’s Leeds United side who had knocked out Rangers and Hibs in earlier rounds.

McLean played in both legs of the semi to make it eight appearances in the competition that year but Dundee couldn’t overcome an impressive Leeds side which included the likes of Billy Bremner and Jack Charlton , drawing 1-1 at Dens and losing 1-0 in the last game of the season at Elland Road.

After 80 consecutive appearances for The Dee, McLean was dropped for the 1968/69 opener in the League Cup against Kilmarnock and in one of football’s ironic twists, joined the Rugby Park side for £3,000 three days later.

Two years later however, he was back at Dens when he returned during the 1970 closed season as first team coach to replace Bruce Hay who had gone to South Africa, with transfer seeking Davie Swan going to Kilmarnock in exchange.

During the next eighteen months, McLean became an influential figure at Dens, striking up a good coaching partnership with manager John Prentice. He was well respected for his knowledge of the game and although demanded much in terms of effort, the players, as a result, had never been fitter.

On the eve of a UEFA Cup tie against Cologne in November 1971, Prentice announced that he would resign at the end of the year because of his increasing disillusionment with the game, citing falling gates and the need to sell star players to balance books and many assumed that McLean would step up to the Dens Park hot seat.

On the eve of the match against AC Milan in the next round however, the players were told that McLean was to become manager of Dundee United, a decision hastened by the 34 year old’s continuing rift with directors James and Ian Gellatly and the fact that John Prentice had told the board that McLean might not be managerial material.

Former Rangers manager Davie White was appointed as new Dundee boss and the one time apprentice joiner McLean therefore, downed tools, gathered up his hammer and nails and sloped off across the hundred or so yards it takes to walk from Dens to Tannadice to forever change the face of football in the City of Discovery.

It was a decision that disappointed many of the Dundee players and when the Dark Blues won the League Cup two years later against Celtic, gaining revenge for that 1967 defeat, half a dozen of the squad left the Club’s official reception at the Angus Hotel early, to visit their former coach McLean, whom they believed had done so much to improve their game. It was a decision which was to have ramifications for those involved as they were all fined by a furious White and were all moved on from Dens in the coming months.

McLean’s time at Dens as a player however was a productive one and he holds a place in Dark Blue history as one of only seven men who have scored in a Cup Final at Hampden for Dundee.

The thoughts of everyone at the Kilmac Stadium is with Jim’s family and friends at this sad time.