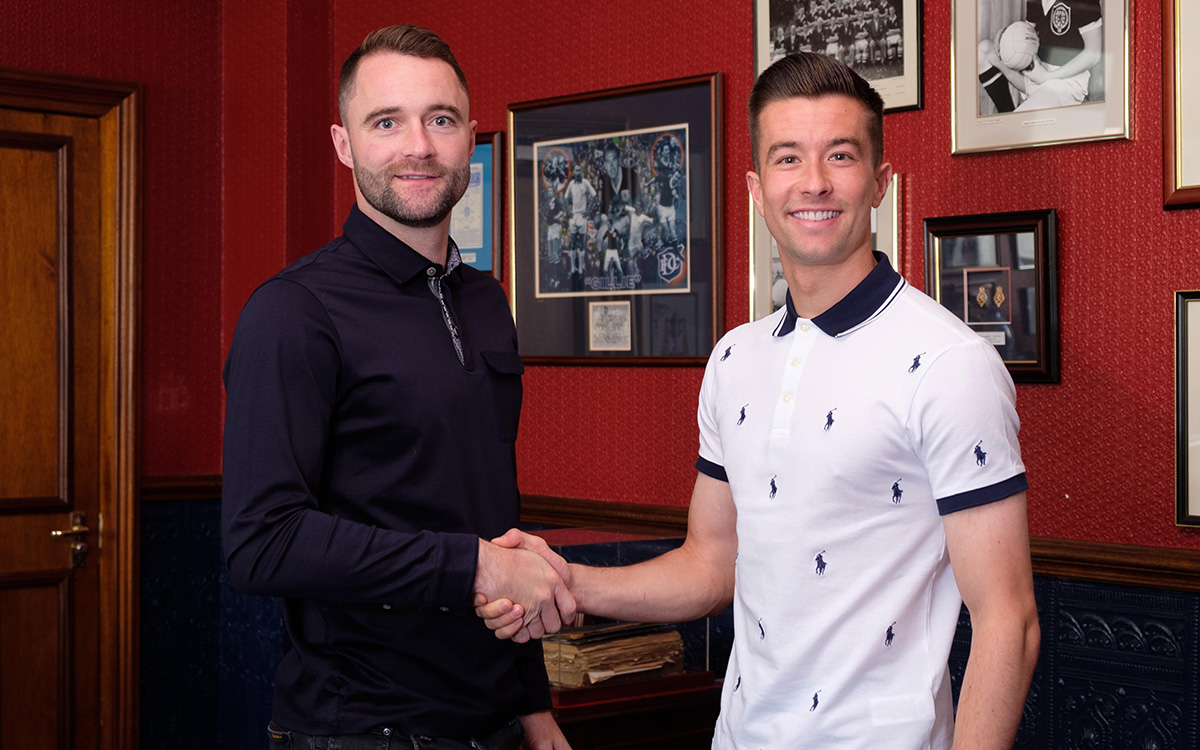 “It’s no secret that I wanted to stay”

Cammy Kerr put pen to paper on a new two year contract this afternoon to extend his stay at the club.

The right back told DeeTV after signing, “As soon as I was offered the deal it was something I wanted to jump at the chance at. I’m very excited for the new season coming and raring to get back.”

“I had an offer from the Scottish Premiership but being at Dundee was my main priority. The club is something that is close to my heart and it’s no secret that I wanted to stay.”

James McPake is a former team mate of Cammy and is someone he is looking forward to working with, “When the manager was announced it was something that really appealed to me. Knowing him for so long, I’ve had a close affiliation with him for a while. He’s helped me a lot through my time at Dundee, when he’s gone through a tough enough time himself.”

“To also get Jimmy Nicholl on board as well as a former full back, he is someone I can learn a lot from.”

The new manager spoke highly of him in his press conference when he was appointed last week and although Cammy was out of the county he was sent messages letting him know of the praise, “I was on holiday at the time when the press conference happened but I was getting text messages from friends. To receive that kind of backing from somebody is massive and that will help me for the season coming.”

Next season will be Dundee’s first in the Championship since 2013/14 and Cammy looked at the aims for himself and the club, “Personally I want to have a good season, make sure I’m consistent throughout the season and keep learning every day in training. For the club the aim is to get back to the Premiership. It’s going to be a tough season a lot of good teams in the league but that is the aim.”