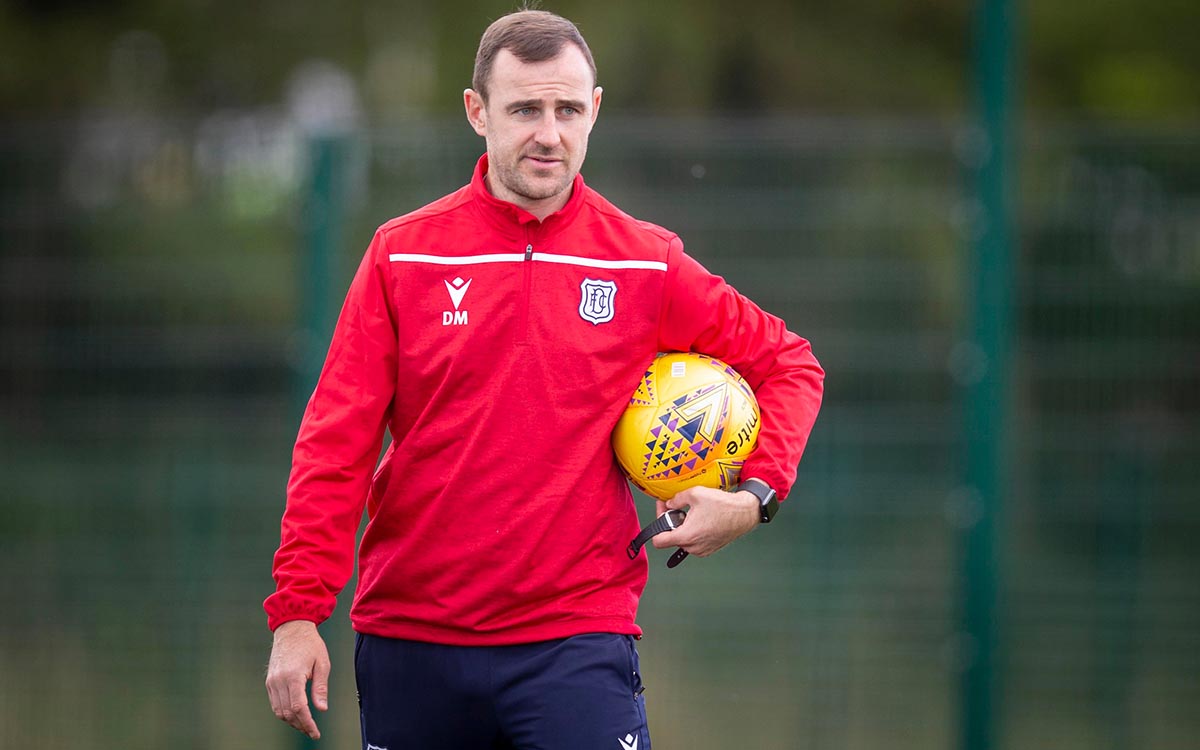 “It’s been a good start”

Wednesday saw the playing squad return to the Kilmac Stadium at Dens Park for day three of pre-season.

It was the first time the players have been back at the stadium for action since the match against Ayr United back in March prior to the shutdown.

DeeTV caught up with newly appointed assistant manager Dave Mackay to see how the first few days had gone, he told us, “It’s been a good start. The boys are looking very fit, as we expected. They’ve had a programme to follow over the summer and they’ve come back in great shape. Now it’s just doing a little bit of work that needs to be done and most of it will be ball work, especially from next week as we start preparing the team for the friendlies coming up.”

With the squad returning to Dens, Dave pointed out it was important to be back at the stadium, “It’s important for a few reasons, just the get the boys back on the grass for a start in an environment they are familiar with but also to get them used to the pitch.”

Just before the return to action it was announced that Dave had been appointed as assistant manager, he explained, “My role won’t change too much as I was trying to help Jimmy and James as much as I could last year. There will be subtle changes to it, I did some different roles last season which I’ll maybe not be able to do this season.”

“It’s an honour to be back at the club and to be assistant manager and I’ll do whatever I can to help James. It’s a shame the way it happened, obviously Jimmy losing his job and Cammy McDermid away as well as other members of staff so it’s not the way you would want something like that to happen but we just need to get on with it and my job now is to support the manager and the players as much as I can.”