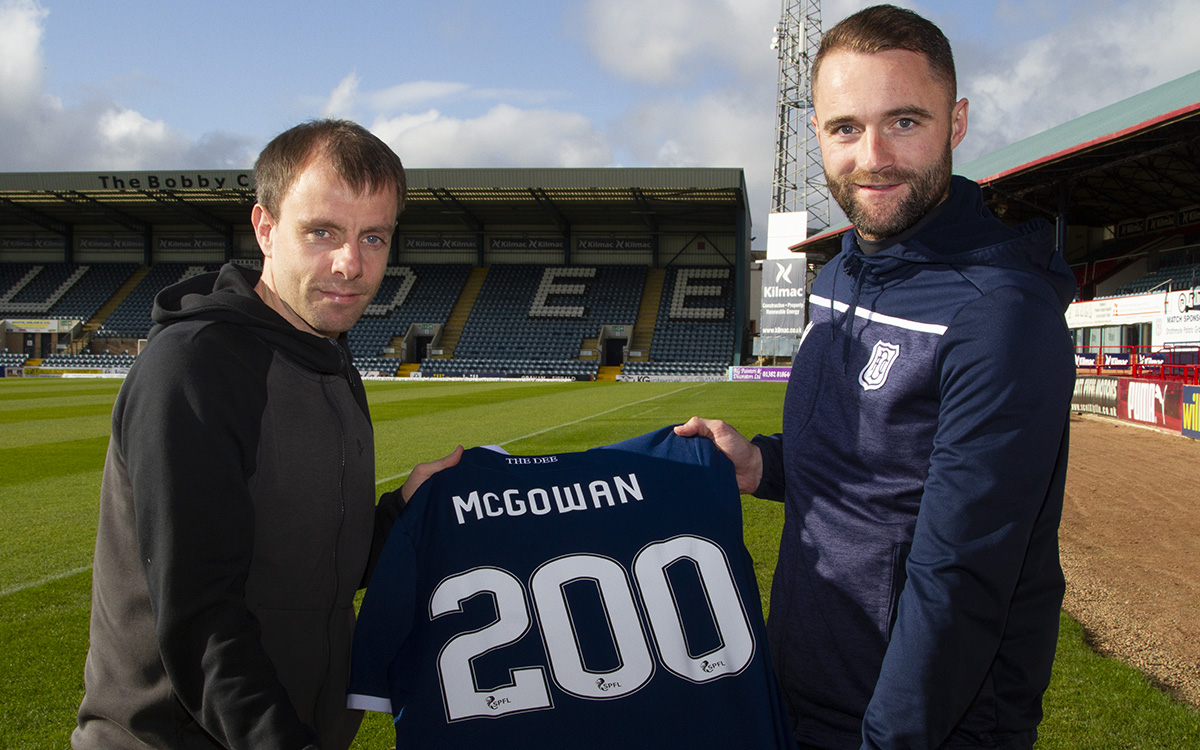 Manager James McPake took time in his pre match press conference this week to praise the achievement of Paul McGowan as the midfielder reached 200 appearance for the club last weekend against Partick Thistle.

Paul scored the opener in the game which came at the end of a very difficult week for him, the manager said of his contribution and achievement, “I played with him, coached him and now managing him. To play 200 games nowadays at any football club is a remarkable achievement.”

“He’s been fantastic, the way he goes about his work on the training pitch, the demands he gives to others. People might find it strange but he is very easy to manage. He wants to work hard, he wants to train everyday and play football. That sounds like it is what everyone should want but it’s certainly not the case. To have him in my dressing room is an asset to me and he has been an asset to this football club. In his sixth year now, 200 games is great.”

Paul’s 200th appearance for the club came on the back of a very difficult week, the manager explained, “His partner Rosie had a baby on the Tuesday, so Paul missed training on Tuesday and Wednesday. His baby was pretty poorly on the Thursday and he got a phone call to go back down the road 20 minutes into training.”

“He missed training on the Friday and then gives this club that level of performance on Saturday. To get 73 minutes out of him on Saturday was a minor miracle. He was dead on his feet on the hour mark and still gave us a little bit more, that tells you everything you need to know about Paul McGowan.”

“We left it up to him, he was in the team, Saturday morning he phoned and told me he was desperate to play. That’s what you are getting with Paul.”

Despite now reaching 200, he has already indicated to the manager he wants a lot more, the manager said, “Delighted for him to get to 200 games but he isn’t looking at it, I said “that’s you 200th” and he said “it’s not enough”, so he wants more and wants to keep going, he’s certainly and asset and will continue to be an asset to this club.”

Paul was presented with a shirt by James this afternoon to mark to occasion.