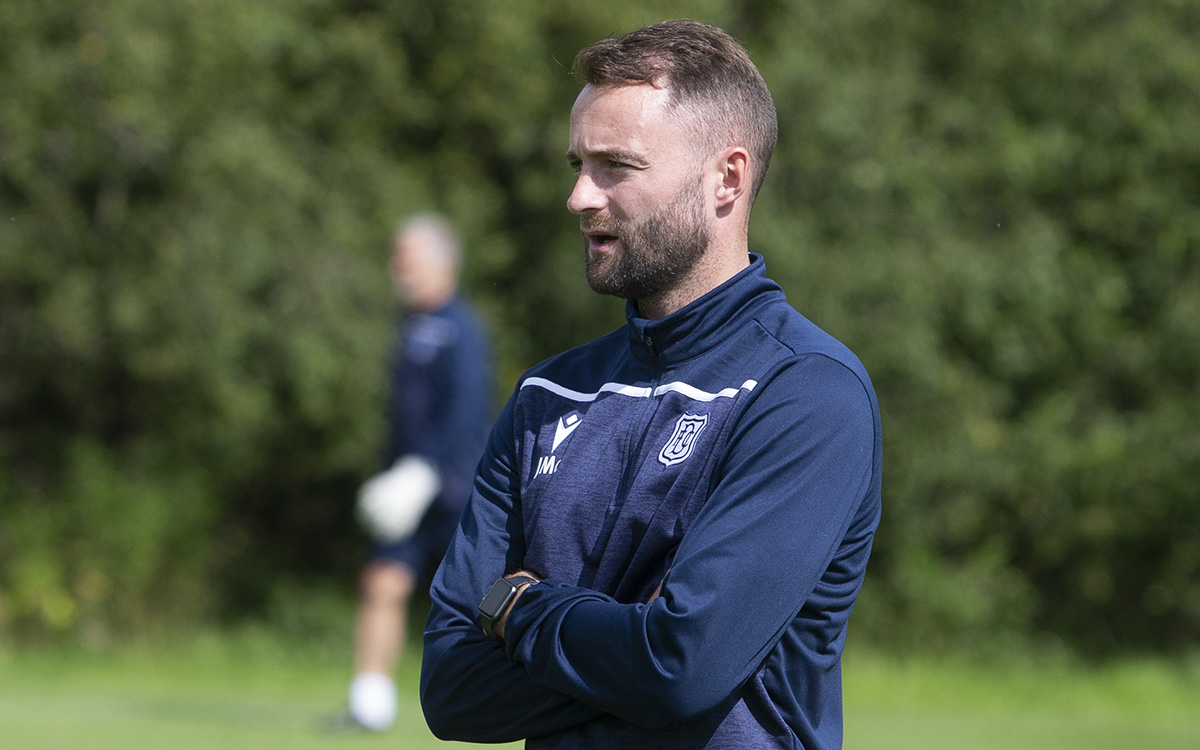 “It will have a good feel about it”

Manager James McPake spoke to the press ahead of this Sunday’s Betfred Cup last 16 match with Aberdeen at the Kilmac Stadium at Dens Park.

Aberdeen are currently on a run of three defeats in a row but James insisted that the recent form will have no bearing on the match on Sunday, “It’s a very strong Aberdeen side that will come down here. Del (McInnes) always does well in the cups. He’s got a good record in all of the cups. It’s a game we are looking forward to but they’ll be strong.”

“To me it doesn’t make a difference, regardless if they had gone through last night or went out they would still be treating this game as important as it is. They’ve won this cup and they have got to a couple of cup finals and knowing Del, the cups are very important to him. Nothing that happened last night changes anything that will happen on Sunday.”

Dundee have started the season with progression in the Betfred Cup and an unbeaten start in the Championship, on the season so far, James said “It’s been good. A good home victory last week in front of a very good home crowd, I think it will be the same this Sunday. The cups are great, it’s a good feel to the game, the atmosphere is great.”

“I said that when the draw was made that I’ve played here against Aberdeen in a cup tie which we won and I’d love that again. It was a real good atmosphere cause they bring a big travelling support. I was in Paisley last Sunday and they had a big support. They’ll have a big support, we’ll have a good support and it will have a good feel about it.”

“The start to the season has been good but I don’t think too much of what has happened previously will have an affect on this game.”

On the team news front, the manager confirmed that Craig Curran has returned to training this week.