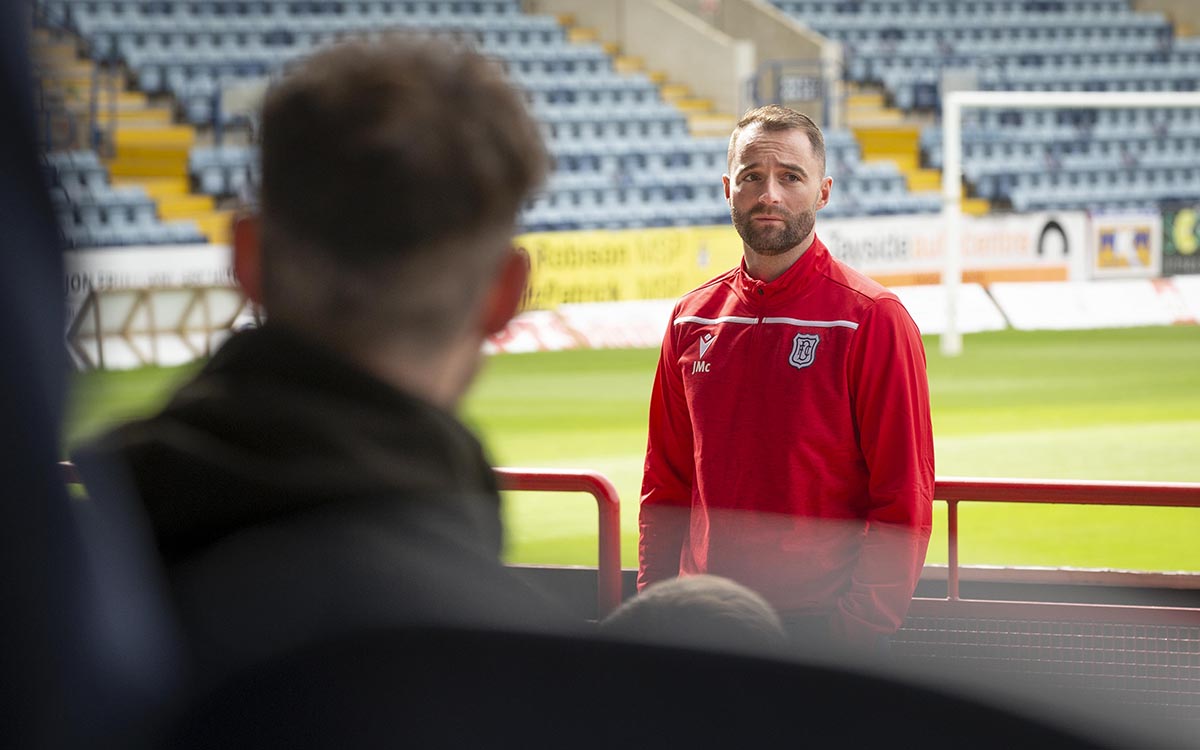 “It was good to see them all”

James McPake welcomed his squad back on Friday morning for an induction day ahead of pre-season training starting next week.

The coaching staff and players will be returning to a very different training set up with guidelines and restrictions in place. The manager sat down with DeeTV after speaking to his squad and told us, “It was good to see them all. It’s been the best part of six months we have been away since our last training session so we are keen to get back. As a club we are keen to have them so it was good to see them. It is difficult circumstances for the three new boys who are meeting their new teammates when they are having to distance but that will soon be ok.”

“Things have changed, drastically in the world as we all know. Even in football, it’s different. It’s different for the players. We had to go through what has changed around the club and how we are going to minimise the risk to the players and their families of them coming back to work and back to training. It was an important day. It was important to get them back together to go through exactly what has changed and what we are going to be doing in the next couple of weeks at training.”

It was announced earlier this week that Dave Mackay has been appointed as James’ assistant, a move the manager was happy to confirm, “I’m delighted. Dave was a huge part of the backroom staff last year. What he brings to me is invaluable so I was delighted to get that sorted and done. There have been changes in the backroom staff, some enforced, there has also been changes to the whole football club so that is disappointing for everybody but it’s a real positive note that Dave has agree to do it, he’ll be a huge part in what we are going to do going forward.” 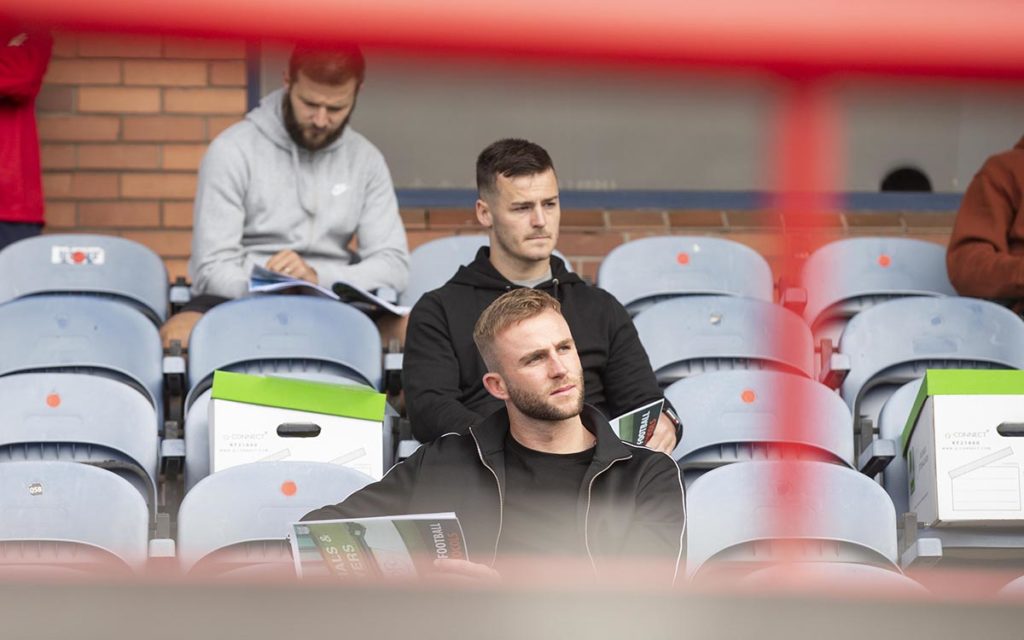 With the return to pre-season training after almost six months with no football action, the manager told us the players are well placed for the return, he said “The most normal thing the players are going to find is the training sessions, what we are used to as normal. It’s going to be hard work. They have done great over the period of lockdown with their programmes. They have done a lot of work which they didn’t have to but they have done it and having them back now we will test them and see where they are at.”

“They have been away for a while so it is important we are careful to an extent, get them back in and get the balls going again. We can expect them to come back desperate to do the work and let’s enjoy being back at work, that’s a massive thing for us. We have six weeks till our first competitive game so we have plenty time to get the work in that we want to do and manage that through the period. Everybody is looking forward to it not just the players. The staff are delighted, the supporters will be delighted to see the team back, the club has always been here but to see the team back and preparing for what is a massive season for us.”